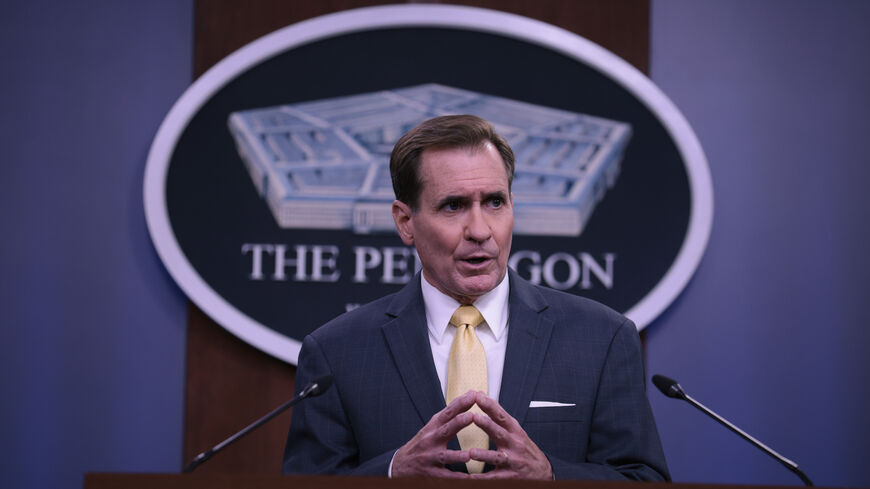 Pentagon officials said they are unable to refute reports that a US drone strike targeting suspected Islamic State personnel in the Afghan capital on Sunday killed several civilians.

“We are not in a position to dispute it right now,” Press Secretary John Kirby told reporters on Monday, citing an ongoing investigation. Kirby’s comments came some 24 hours after the strike reportedly killed 10 members of the same family, including several children.

“Nobody wants to see innocent life taken,” Kirby said. “If we have verifiable information that we did in fact take innocent life here, then we will be transparent about that too.”

Absent US troops on the ground outside Kabul's airport, Kirby said military officials are relying on a “a variety of means of information,” including news reports and discussions with Taliban contacts “about what they might be seeing.”

Nonetheless, Kirby and Maj. Gen. William "Hank" Taylor expressed confidence today that the targeted vehicle posed an “imminent ISIS threat” to US troops at the airport as well as Afghan civilians seeking to escape Taliban rule. “This strike prevented a high-profile attack against coalition [and] US forces and Afghan civilians,” said Taylor, deputy director of regional operations at the Joint Staff.

US Central Command announced Sunday it had conducted an unmanned drone strike on a vehicle posing an “imminent ISIS-K threat to Hamid Karzai International Airport.”

“Significant secondary explosions from the vehicle indicated the presence of a substantial amount of explosive material,” CENTCOM spokesperson Capt. Bill Urban said in the statement.

CENTCOM released a second statement later on Sunday acknowledging that civilian casualties may have resulted from the blast.

Pressed by reporters today, Kirby declined to say how US officials were certain the vehicle exhibited a secondary explosion. Nor would Pentagon officials reveal the names of the Islamic State-Khorasan (ISKP, or ISIS-K) suspects that were targeted. Defense Department officials have not released video of the strike and have not promised to do so.

The Taliban criticized the strike on Sunday, saying that it resulted in civilian deaths. Spokesperson Zabihullah Mujahid told Chinese state television that seven people were killed in the strike. He slammed the United States for not first coordinating with Taliban officials, who are running security outside the airport in Kabul amid the US withdrawal.

Sunday’s drone strike followed one on Friday that CENTCOM said had killed an Islamic State official in Afghanistan’s eastern Nangarhar province. Zabihullah also criticized that strike, claiming that two women and one child were killed.

Friday’s drone strike came as retaliation for a suicide bomber attack that left more than a hundred Afghans and 13 US military personnel dead at the airport’s Abbey gate the day prior. The brazen suicide bombing drew condemnation around the world.

President Joe Biden said that evening in a speech at the White House that the US-led evacuations would continue. He has authorized US commanders in Kabul to use the necessary force to defend the airfield and evacuating personnel, officials have said.

Reports of significant civilian casualties from Sunday's strike threaten to tarnish the Pentagon's projection of confidence in being able to reliably strike jihadist targets in Afghanistan without troops and local intelligence networks on the ground. The reports come as new details emerge about how this month’s chaos in Kabul unfolded.

Politico reported earlier today that last week’s suicide bombing at the Abbey gate came after US commanders decided to continue to allow people to enter through the gate despite known efforts to target the bottleneck. Kirby refused to comment on the report on Monday, citing an unlawful leak of classified material.

The Washington Post reported yesterday that CENTCOM commander Gen. Kenneth “Frank” McKenzie agreed to allow the Taliban to take over security in Kabul during his meeting with Taliban officials in Doha earlier this month. The decision allowed the fighters to take up positions outside the airport, an unlikely arrangement that has drawn scrutiny amid reports of some Taliban fighters not allowing Afghan visa applicants and foreign citizens through.

The Taliban claimed late last week that their fighters had begun to take charge of security inside parts of the airfield as the US withdrawal deadline looms Tuesday. Early in the US operation, the Taliban temporarily took control of the southern part of the airport in coordination with US commanders.

Suspected IS militants launched at least five rockets toward the airfield on Sunday night, but they reportedly caused no harm to the evacuations or to personnel near the airport, Taylor said today. One of the rockets was shot down by a US air-defense system known as a Counter-Rocket, Artillery and Mortar unit or C-RAM.

“The threat stream is still real, it’s still active and in many cases it’s specific. We’re taking it seriously, and will be right up until the end,” Kirby said today.

Pentagon officials are refusing to discuss how US commanders will maintain security at the airfield as troops withdraw by tomorrow, but have expressed confidence that Apache helicopters, MQ-9 drones and AC-130 gunships offer significant protection.

US commanders on the ground Rear Adm. Peter Vasely and Maj. Gen. Christopher Donahue have worked out “a carefully coordinated method” of safely executing the withdrawal, Kirby said. “The commanders fulfilling the last part of this mission have all the assets they need in the air and on the ground, where they’re at, to complete the mission safely,” Taylor told reporters today.

The pace of evacuations slowed to a trickle by Sunday, with some 1,200 personnel being flown out by the US military in the 24 hours leading up to Monday morning.

Citing security concerns, the Pentagon is no longer revealing how many American troops remain at the airfield as the drawdown continues. As many as 5,800 troops were present at the mission’s apex last week after top brass revised the original plan to send 3,000 troops due to the Afghan government’s collapse.

US allies including Turkey and the United Kingdom have already pulled their troops from Kabul, officials said Monday. 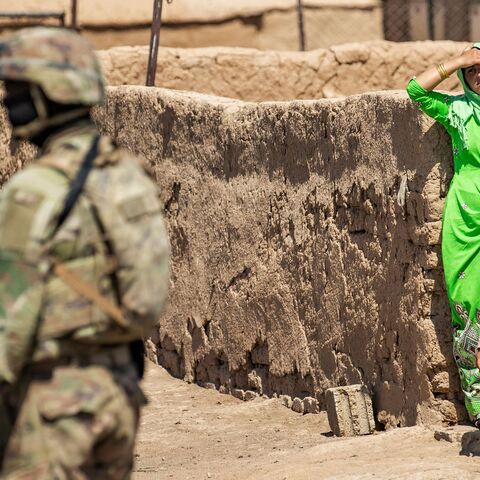