Defense Secretary Lloyd Austin's initiative follows pressure from lawmakers and fruitless attempts at reform under the prior administration. 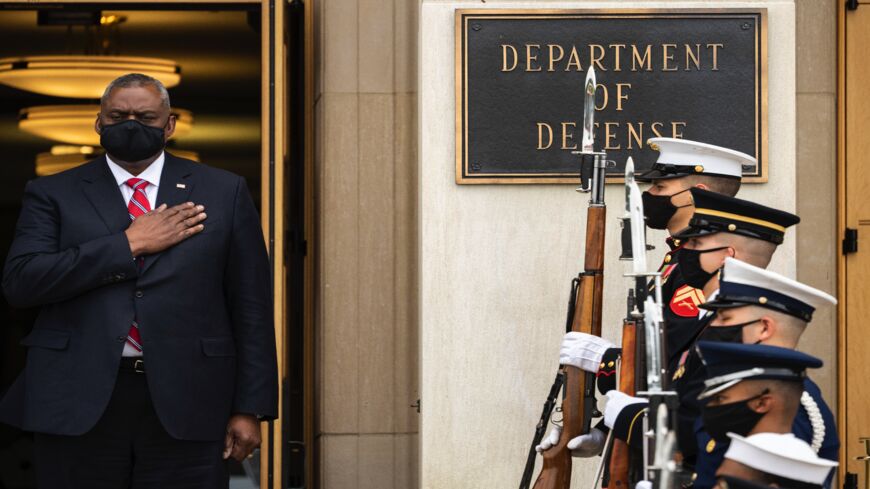 US Secretary of Defense Lloyd Austin stands for the national anthem during a welcome ceremony for Polish Defense Minister Mariusz Blaszczak at the Pentagon on Oct. 6, 2021, in Arlington, Virginia. - Drew Angerer/Getty Images

Austin specifically ordered the creation of a Civilian Harm Mitigation and Response Action Plan within 90 days to implement recommendations by recent studies commissioned by the Pentagon, including one released by RAND Corp. today that found lack of information sharing about civilian casualties across the US military inhibited progress on harm reduction.

The initiative also aims to create a “civilian protection center” within the Pentagon to work out further methods to reduce civilian casualties.

In his memo to Defense Department officials today, Austin called the protection of civilians “a strategic and moral imperative.”

“We will revisit the ways in which we assess incidents that may have resulted from civilian harm, acknowledge the harm to civilians that resulted from such incidents, and incorporate lessons into the planning and execution of future combat operations and into our tactics, techniques and procedures.”

Why It Matters: The directive signals the start of a procedural overhaul long sought by human rights and civilian advocacy groups who have pushed Pentagon officials to standardize noncombatant casualty data collection and reporting procedures across the military.

While the RAND study found that the US military excelled at documenting cases of its adherence to the international law of armed conflict, researchers reported that investigations into claims of civilian casualties were inconsistent and often incomplete.

The Times also recently revealed that up to 70 civilians were killed in US airstrikes during the Battle of Baghouz against the Islamic State in Syria in 2019, despite internal complaints by US military officials about the strike procedures.

What’s Next: It remains to be seen how and whether the new initiative will contribute to gathering data on civilian casualties in the field, a task typically left to the discretion of local commanders.