The fintech startup Paymob raised $50 million in its Series B financing round. 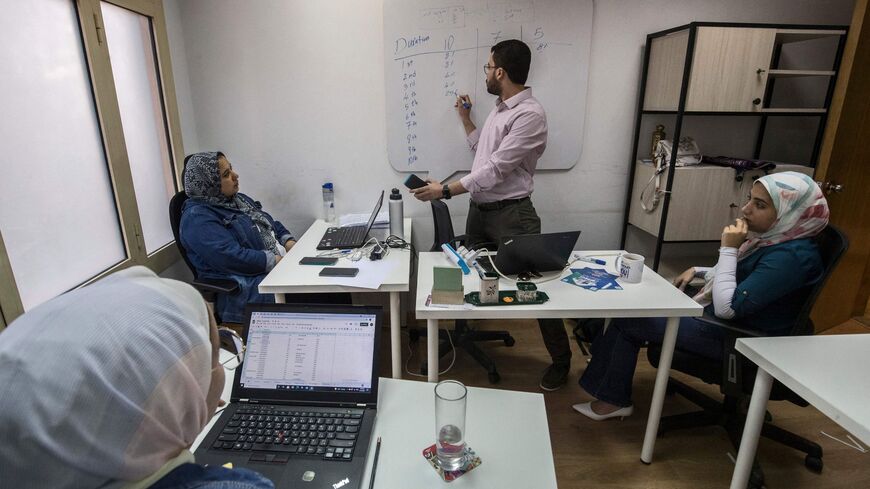 This picture taken on Sept. 12, 2021, shows the company offices of "al-Gameya", a tech startup that runs an app to facilitate an informal money-pooling association to provide access for money in time of need, in Egypt's capital Cairo. - KHALED DESOUKI/AFP via Getty Images

The Egyptian financial technology startup Paymob announced yesterday that it raised $50 million in its second fundraising round.

Paymob provides a variety of digital payment services, including fund distribution tools and digital wallets. They focus on selling their product to businesses in the Middle East and Africa, per the Paymob website.

CEO Islam Shawky said that the Central Bank of Egypt has helped them grow.

“Central Bank of Egypt initiatives that are continuously being introduced in the market to support fintech companies were key to Paymob's growth,” he said, according to Al-Ahram. “The Central Bank has created a regulatory framework to help fintech flourish and participate in making Egypt's digital financial inclusion ambitions a reality.”

Why it matters: The Egyptian economy is struggling at the moment, particularly with price increases and effects of the war in Ukraine. The country’s startup scene, however, is thriving. Shawky is not the only entrepreneur to praise the government’s role in cultivating startups and fintech. In March, the head of the Cairo-based startup Aydi, which provides financial services to farmers, called the Egyptian government a “major enabler” of fintech.

Know more: Paymob was founded in 2015 and currently has 100,000 merchants using its services. They recently entered the Pakistani market and plan to expand into more Gulf and North African states soon, according to Al-Ahram.