Financial technology (fintech) is expanding across the Middle East and enabling more people to use financial tools. But some cultural barriers remain. 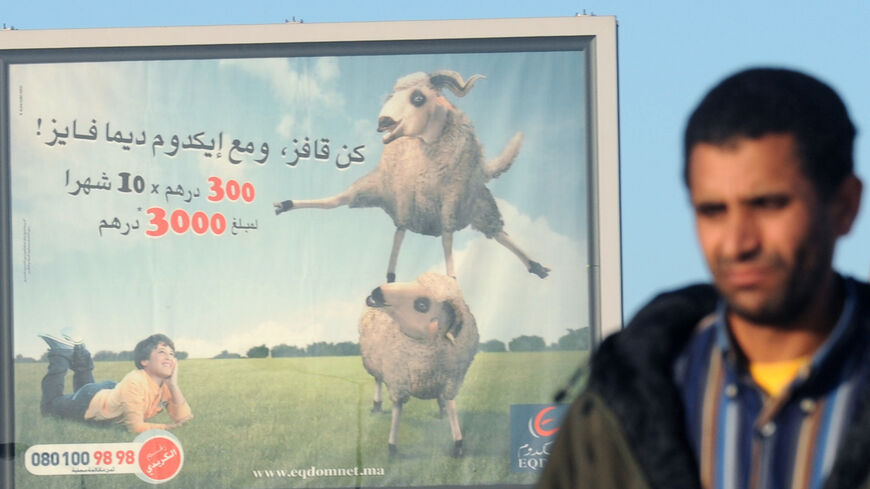 A Moroccan passes by an advertising billboard for a sheep purchase loan ahead of Aid el-Kebir holiday on Nov. 26, 2009, in Rabat. - ABDELHAK SENNA/AFP via Getty Images

The Organization of the Petroleum Exporting Countries (OPEC) has announced a loan to Morocco aimed at promoting financial inclusivity.

OPEC’s Fund for International Development signed a $100 million loan to the government of Morocco to “build an inclusive financial sector,” the fund said in statement April 11.

The agreement, which is named the Financial and Digital Inclusion Program, stipulates that Morocco provide individuals, families and small businesses with affordable financial services such as insurance, credit and banking. The program will focus on using technology to promote alternative financing models to traditional banks. Regarding the businesses, it will target digital entrepreneurs. The World Bank is co-financing the program with OPEC, according to the statement.

Why it matters: OPEC aims to help Morocco recover from COVID-19 and promote economic modernization with the loan. Strict antivirus measures had a negative effect on the Moroccan economy, severely hurting the tourism industry, for example.

OPEC’s loan is the latest example of efforts in the Middle East and North Africa to promote financial inclusivity. Financial technology, or fintech, is growing throughout the region.

There are many efforts by regional startups to digitally provide financial tools, such as banking services, to new communities that may lack access to traditional banks. The Dubai-based startup Xare enables users to share funds with anyone — regardless of whether they have a bank account — in an effort to help migrant workers share their earnings. Aydi, a startup in Cairo, is capturing data for farmers to help them track their earnings and gain access to financing, Al-Monitor reported last month.

Know more: The Moroccan government is promoting the expansion of technology by way of the Digital Morocco initiative, which began in 2016. Internet and cell phone access has increased significantly in recent years. Online financial tools are lagging behind, though, in part because Moroccans “predominantly prefer cash,” the Oxford Business Group reported in 2020.