Kemal Kilicdaroglu has highlighted security company Sadat as a potential threat to polls due over next year. 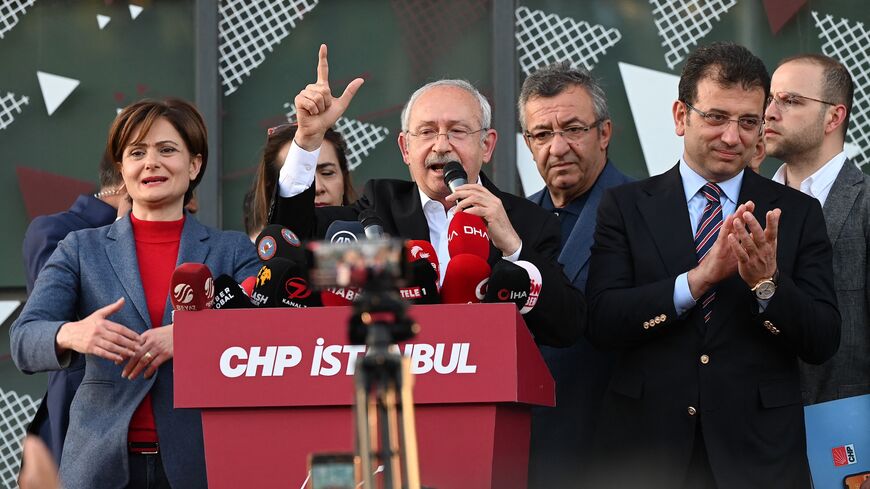 ISTANBUL — Turkey’s opposition has raised fears that a private military contractor close to the government could threaten elections due to be held over the next year.

Sadat was founded by former Brig. Gen. Adnan Tanriverdi, who left the Turkish army in 1996 amid accusations that his Islamist leanings were at odds with the military’s secularist outlook. He served as an adviser to President Recep Tayyip Erdogan and as a member of the Presidency's Security and Foreign Policy Committee until two years ago.

“These people were serving as an adviser to Erdogan until yesterday," Kilicdaroglu said on Friday outside Sadat’s Istanbul headquarters. “If anything happens to shake the security of the elections, Sadat and the [presidential] palace are responsible.”

Turkey faces elections by June 2023 that could prove to be the toughest yet for Erdogan as the country’s economic crisis continues to cut into voters’ spending power. Inflation stands at nearly 70% while the lira’s slump against the dollar saw it hit 15.77 on Tuesday.

Since it was established by Tanriverdi and other ex-military officers in 2012, Sadat has run into a number of controversies.

The company is dubbed Erdogan’s “parallel army” by critics and is rumored to have played a role in suppressing a 2016 coup attempt, which saw elements of the military widely believed to be followers of US-based cleric Fethullah Gulen try to overthrow Erdogan.

Tanriverdi, who reportedly tutored current Defense Minister Hulusi Akar at the War College during the 1970s, denied claims that his staff distributed weapons to civilians opposing the coup forces.

Sadat’s mission largely consists of training the militaries of Muslim countries friendly to Turkey, according to its website. In this role the firm is believed to have been involved in Syria, Libya and Nagorno-Karabakh, with the company said to have provided Syrian mercenaries in the latter conflicts. The company has denied the allegations.

Peker, once a vocal supporter of Erdogan’s government, said arms shipments he helped organize for Syrian Turkmen rebels in 2015 were partly stocked with weapons deliveries arranged by Sadat and destined for Jabhat Al-Nusra, an offshoot of al-Qaeda. Sadat refuted Peker’s claims and called on him to back up the accusations.

In the run-up to presidential and parliamentary elections in 2018, Meral Aksener, president of the opposition Iyi Party, accused Sadat of running training camps inside Turkey.

“There are intense rumors that they will cause confusion in the event of an undesirable [election] result,” she said at the time. No investigation was carried out into her claims and the government failed to fully respond to parliamentary questions about Sadat.

Following Kilicdaroglu’s comments, the CHP’s parliamentary group leader Ozgur Ozel said the party would propose a commission to investigate Sadat. He said Monday, “We will see who will protect this structure called Sadat with their votes and who will boldly vote to tackle this structure.”

Suat Cubukcu, a lecturer in justice, law and criminology at Washington’s American University, said Sadat’s role is part of Erdogan’s drive to exert control since the 20126 coup attempt.

Responding to Kilicdaroglu’s claims, Sadat chairman Melih Tanriverdi, son of the founder, said they were an “effort to cast a shadow over election security.” He added that Kilicdaroglu had “made it clear that he will not hesitate to slander any private company or person for his political interests.”

The company openly states its desire to serve the Muslim world and to “contribute to the emergence of the World of Islam as a superpower and to promote an environment of cooperation in [the] field of defense and defense industry among Islamic countries.”

Among the services it offers are unconventional warfare training including sabotage, assassination and “street actions.”

Concerns that such capabilities could be brought to bear inside Turkey, particularly during election time, seem to be the motivation for Kilicdaroglu’s demonstration outside the company’s offices.

In an interview published by Cumhuriyet Tuesday, he referred to Sadat as a “dark organization” and said some elements within the Turkish state were alarmed by the firm’s activities.

Referring to Erdogan, he added, “We do not expect this person to hold elections within democratic rules.”