Israeli agritech companies are finding solutions for the growing global wheat crisis and others. 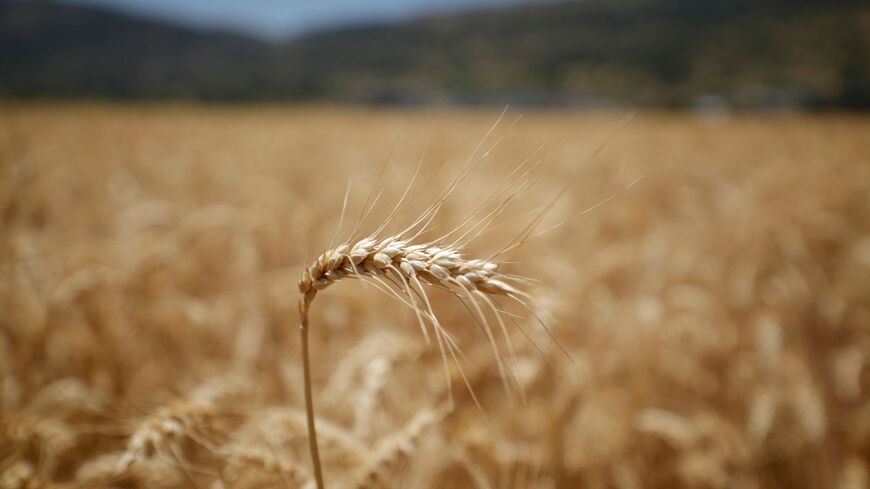 A picture shows wheat during harvest in a field of the Hula valley near the town of Kiryat Shmona in the north of Israel on May 22, 2022. - JALAA MAREY/AFP via Getty Images

Israel’s Finance Minister Avigdor Liberman traveled to Azerbaijan a month ago for meetings on expanding commerce between the countries and securing the importation of oil and other products to Israel, in light of supply problems from Ukraine and Russia because of the war.

The talks' topics included the importation of wheat from Azerbaijan, which does not currently grow wheat in large quantities for export. According to sources at the Finance Ministry and the Agriculture Ministry, deals were struck for Israeli agricultural technology to help increase wheat production in Azerbaijan. The goal is to start buying wheat from Azerbaijan in 2025.

Ukraine is one of the largest suppliers of wheat in the world, but the war and the Russian occupation of much of its territory near the Black Sea and its ports has halted exportation. Russia itself has slowed exports of its own wheat along with India, which fears a shortage because of prolonged droughts.

Wheat prices around the world have shot up 49% since the start of the year, and poor countries may soon struggle to feed their citizens. Israeli intends to help Azerbaijan quickly increase wheat production to meet this global need and to advance local agriculture, a main economic engine in the country.

But even without the war in Ukraine, the demand for advanced and efficient agriculture would be growing around the world. Many Israeli companies are offering technologies that bring innovation and efficiency to the field.

Israeli agritech companies that are developing advanced technologies for watering and cultivating crops are expected to participate in this initiative, as are others developing fertilizers and pesticides. Two of these companies, fertilizer producer Group ICL and the pesticide company Adama (previously called Machteshim-Agan) are considered world leaders in their fields. This month they published the first quarterly reports of the year and the numbers showed a sharp increase in profits. ICL showed a growth of 67% in sales, at more than $2.5 million, and quadruple growth in its operational profit to more than $900 million. Adama showed a growth of 28%, and has nearly doubled its operational profit to more than $124 million.

These results have led to a sharp increase in their stock prices. ICL has climbed by more than 80% in the past year. In the company’s announcement, it noted that the prices of wheat and other agricultural products as well as fertilizer materials have risen because of the global food supply problems because of the war in Ukraine. Two main buyers from these two companies are India and China, the two most populous nations in the world.

The CEO of Adama, Igancio Domingo, was quoted in the company’s announcement as saying that several countries are afraid for the food security of their citizens. He added that the phenomenon has encouraged the expansion of agricultural production to new regions, in turn increasing global demand for fertilizer and pesticides.

Israeli agriculture technology companies are especially in demand in the desert climates of the Middle East and Africa.

On May 29, the Israeli government adopted a plan to increase its commerce with Egypt, mainly in agriculture. The plan and other agreements soon to be signed foresee expansion in the involvement of Israeli technologies in developing agriculture in Egypt, with an emphasis in two Israeli specializations: maximal efficiency of water use in a desert climate, and agricultural cultivation in hot areas with little rainfall.

Saudi Arabia is a new partner cooperating with Israeli companies in this area. In recent months as Riyadh has facilitated the entry of Israeli businesspeople, Israeli companies established two large agricultural projects in the Saudi desert. Tens of millions of dollars were invested in these projects, and if they are successful, they will be expanded further.

Several Israeli companies are already operating in the United Arab Emirates, a signatory to the Abraham Accords, in such activities as purifying waste water for agricultural use and preventing diseases in palm trees.

At a conference held in the United Arab Emirates following the signing of the Abraham Accords, one of the directors of the Dubai Capital Group investment fund, Abu Bakr al-Sadiki, argued that the only way for the Emirates to achieve food security is to find technological solutions suited to its dry climate that will enable it to grow food and decrease its dependence on imports. He noted that Israeli companies working in these fields have already undertaken impressive projects with innovative concepts in Africa, for instance, and now with the peace agreement, the Emirates want them to do so on its territory.

One company that has already been helping the Emiratis with growing date palms is Agrinet, which has developed technology to identify pests that affect them. One of the most difficult pests in the world is the palm weevil, which destroys entire date orchards. Agrinet offers a solution that uses sensors to identify affected trees and treat them, a method that is now used in most date orchards in the Emirates.