US Special Envoy for Iran Rob Malley told lawmakers that prospects for a renewed agreement with Tehran were "at best, tenuous." 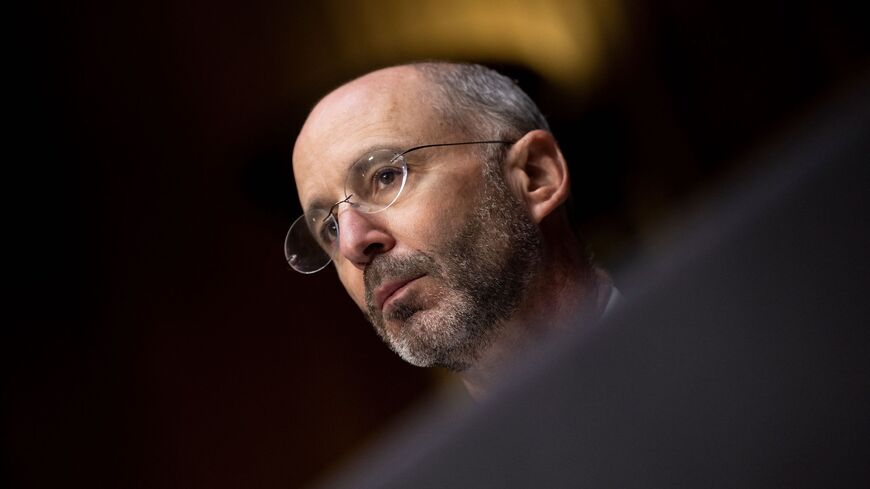 Robert Malley, Biden administration special envoy for Iran, testifies about the Joint Comprehensive Plan of Action during a hearing of the Senate Foreign Relations on Capitol Hill on May 25, 2022, in Washington, DC. - BRENDAN SMIALOWSKI/AFP via Getty Images

Whether Iran and world powers can reach a deal to salvage the landmark nuclear agreement is a “huge question mark,” the Biden administration’s chief negotiator told US lawmakers on Wednesday.

“We do not have a deal with Iran and prospects for reaching one are, at best, tenuous,” US Special Envoy for Iran Robert Malley said during testimony before the Senate Foreign Relations Committee.

Malley appeared before the committee more than a year after the United States and Iran launched indirect talks aimed at reviving the multilateral accord known as the Joint Comprehensive Plan of Action (JCPOA) that President Donald Trump abandoned in 2018.

The Iran envoy told the panel that the “odds of a successful negotiation are lower than the odds of failure” but that the administration was still seeking to re-enter the deal with the hopes of then reaching a “longer and stronger” agreement that would address other non-nuclear concerns.

Malley acknowledged the “strongly held competing views” in Congress over the agreement and pledged that the administration would submit any possible deal for review as required by the Iran Nuclear Agreement Review Act. Republican lawmakers want the Biden administration to go a step further by submitting the deal to the Senate for ratification as a treaty.

“To the extent that there is a disagreement in this room, it boils down to this: Are we better off reviving the nuclear deal and, in parallel, using all other tools at our disposal — diplomatic, economic and otherwise — to address Iran’s destabilizing policies?” Malley said. “Or are we better off getting rid of the deal and banking on a policy of pressure alone to get Iran to accept more onerous nuclear constraints and curb its aggressive policies?”

Talks in Vienna aimed at restoring the 2015 agreement, which restrained Iran’s nuclear program in return for sanctions relief, are stalled partly over Tehran’s insistence that Washington remove the Islamic Revolutionary Guard Corps (IRGC) from the State Department’s list of Foreign Terrorist Organizations (FTO).

The Trump administration imposed the terror designation in 2019 under its so-called maximum pressure campaign, marking the first time the United States had ever branded part of another country’s military as an FTO.

Quoting a senior Western official, Politico reported on the eve of Malley’s testimony that President Joe Biden has decided to keep the IRGC’s terror designation. Prime Minister Naftali Bennett then revealed that Biden informed him of the decision during an April phone call.

“I commend the US administration, led by my friend President Joe Biden, on the decision to keep the [IRGC] in their rightful place — on the Foreign Terrorist Organizations list,” Bennett said in a statement.

Malley blamed Iran’s “excessive demands” for the deadlock that has persisted since mid-March but stopped short of confirming the IRGC’s delisting was off the table.

“We've made clear to Iran that if they wanted any concession on something that was unrelated to the JCPOA like the FTO designation, we needed something reciprocal from them that would address our concerns,” he said. "Iran has made the decision that it’s not prepared to take the reciprocal step.”

As senators grilled Malley, the Treasury Department on Wednesday announced counterterrorism sanctions on an international smuggling network led by IRGC officials who the United States believes are responsible for facilitating hundreds of millions of dollars in oil sales for the Quds Force and Lebanese militant group Hezbollah. The department said the network was backed by senior levels of the Russian government.