Turkey is pumping the brakes on Finland and Sweden’s NATO bids amid the growing confrontation between Russia and the West. 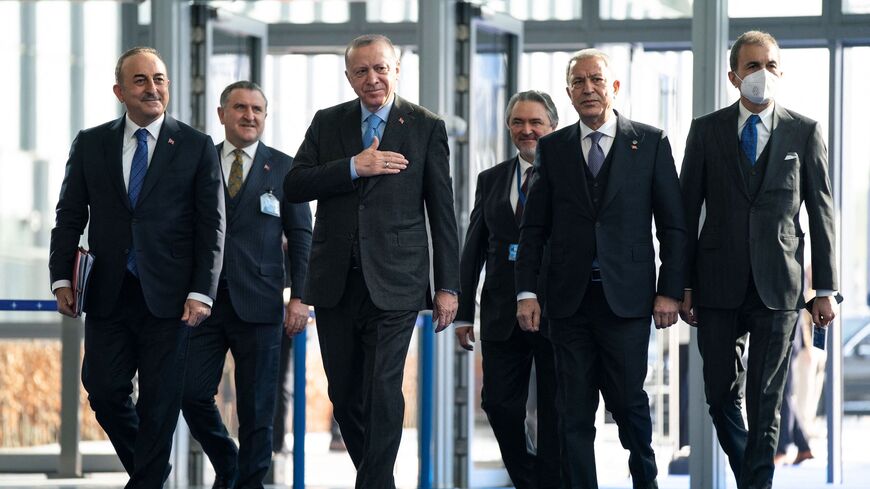 Turkey’s President Recep Tayyip Erdogan has dampened Finland and Sweden’s bid to join NATO, saying that Ankara is not eager to see the two Nordic countries’ accession to the transatlantic alliance.

“We are currently following the developments about Sweden and Finland, but we are not holding a favorable approach,” Erdogan told reporters in Istanbul on Friday.

A potential veto by Ankara can keep the two countries from becoming NATO members as the alliance’s decision-making process is based on unanimity.

Erdogan said the countries “have been unfortunately almost like a guesthouse for terrorist organizations,” in an apparent reference to the militants of the outlawed Kurdistan Workers Party and followers of Fethullah Gulen, the US-based Sunni cleric who is accused of masterminding the failed attempt in July 2016 to bloodily overthrow Erdogan.

Also citing ongoing territorial disputes between Turkey and Greece, which had rejoined NATO in 1980 with Ankara's support, Erdogan said his country “didn’t want to repeat the past mistake.”

Ankara has traditionally supported NATO’s enlargement policy. Yet, Turkey-NATO ties have significantly frayed over the past decade under Erdogan’s rule. Ankara’s frequent use of its veto power has paralyzed the decision-making mechanism of the alliance at several instances, eventually prompting the French President Emmanuel Macron of France to describe the alliance as "brain dead" in 2019 for its failure to respond to Ankara's military campaigns against the Syrian Kurdish groups.

The Russian invasion of Ukraine has turned the tables in favor of Turkey — a country in a vital geostrategic position and the second-largest standing military force within NATO — as Western capitals are scrambling to consolidate NATO's ranks.

Turkey’s tarnished international image has significantly improved as Western leaders poured into Ankara in the wake of the Ukrainian war signaling messages stressing Turkey’s importance in the Western security structure. Erdogan’s statement might reflect Ankara’s effort to leverage its position in talks with the Western capitals over several disagreements. The remarks also reflect Ankara’s balancing act between the West and Russia, which opposes Finland and Sweden's admission to NATO.