The Egyptian government announced the granting of a special license to foreign investments in three specific fields, which expedites procedures to implement projects, as part of efforts to revive the ailing economy in the country. 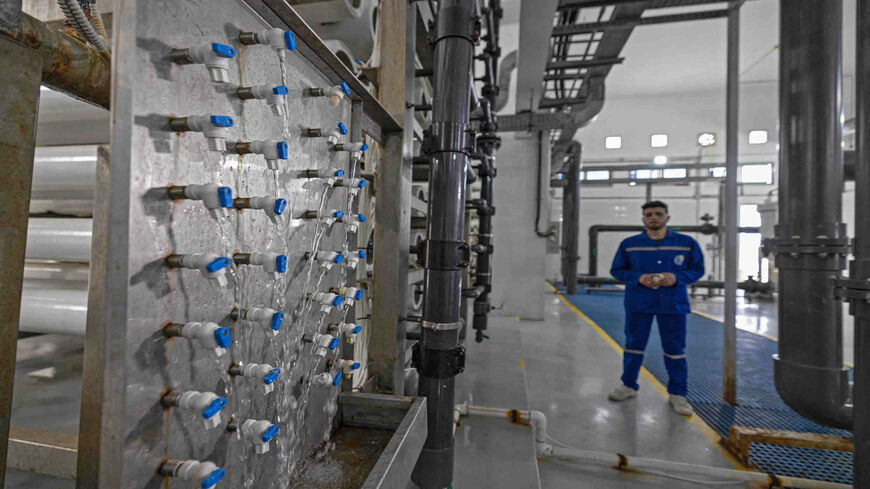 CAIRO — Egyptian Prime Minister Mostafa Madbouly announced during a press conference May 15 that the government has granted the so-called golden license to several projects in a bid to attract foreign investments, as part of a series of initiatives to confront the prevailing economic crisis in Egypt.

“The golden license is granted once directly by the prime minister to some projects. These projects include green hydrogen, electric cars, infrastructure and seawater desalination and renewable energy projects,” Madbouly said.

The golden license is one of the many economic incentives announced by the Egyptian government in recent years to attract investments to Egypt. Under the Egyptian Investment Law No. 72 of 2017, the companies that obtain this license are granted a one-time approval to establish, operate and manage a specific project, as well as receive the needed licenses and building the necessary facilities, without the need for multiple approvals and procedures required by government agencies.

Article 20 of the Investment Law stipulates, “Under a decree issued by the Cabinet of Ministers, the companies incorporated to conduct strategic or national projects that contribute in attaining the development of the partnership projects between the private sector and the state, the public sector or the public business sector in the areas of public utilities and infrastructure, new or renewable energy, or the roads, transportation, or ports may be granted one approval for the establishment, operation and management of the project, including the building licenses and allocation of the real-estate properties required for the project. Such approval shall be effective without the need for any other procedures.”

Fakhri al-Feki, head of the parliamentary Planning and Budget Committee, told Al-Monitor, “The golden license does not require all procedures for establishing projects, and links the investor with the decision-maker directly without going through complex routine procedures. This allows foreign and multinational investment companies the opportunity to increase their direct investments in a way that benefits the Egyptian economy.”

He said, “Although the Investment Law provided for granting this license [a single direct approval], it has not been activated since the law was approved [in June 2017]. But in light of the current challenges facing the Egyptian economy, Madbouly put it into effect to encourage the private sector and foreign investments, because it eliminates all obstacles Arab and foreign investors might face.”

Feki noted, “Investors have always complained about some obstacles to completing the procedures of their projects inside Egypt, be it the slow issuance of licenses or the allocation of industrial lands, in addition to the need to obtain approvals from multiple agencies. This usually backfires and projects get delayed, so some investors give up, especially since global or multinational companies cannot afford such delays and require quick approvals.”

He added, “Madbouly spoke about three main fields in which projects are granted the golden license. For example, water desalination projects are important at the present time because we suffer from huge water challenges and a scarcity of water resources. Consequently, there is a need for new sources of water for drinking or irrigation, especially in the new cities currently being built and those overlooking the sea such as New Alamein. Thus we need to increase these investments quickly.”

Feki also stressed the importance of green hydrogen projects, which are environmentally friendly, especially since Egypt will be hosting the UN Climate Change Conference 2022 (COP27) and thus must provide a green economy example before hosting this global summit.

Yemen Hamaki, economics professor at Ain Shams University, told Al-Monitor, “Granting a golden license is a good thing, but the agreement with the investor must achieve the goal we want and create more job opportunities.”

He criticized limiting the issuance of the license to only three fields, noting, “Although green hydrogen and water desalination projects are important, why not include electronic industries as well, for instance? We need to invest in electronic industries, because Egypt has many promising opportunities in this field, and we are importing electronic products at a high rate.”

Hamaki said, “Foreign investments in Egypt have recently declined, although Egypt is one of the important African countries in attracting foreign investments. We have major projects, investment opportunities and enormous production capacities that pave the way for profitable investments.”

The Central Bank of Egypt’s April figures showed that net foreign investment reached its lowest level in the last five years in 2021, as it recorded about $5.1 billion, compared to $5.9 billion in 2020, i.e., a 12.5% decrease.

Hamaki stressed, “We can multiply these figures if a good investment climate is provided, and government measures should not be an obstacle to investors.”

Mostafa Badra, professor of finance and investment at Cairo University, told Al-Monitor, “Egypt is seeking to open its doors to foreign investments amid the prevailing global conditions by giving a special advantage such as the golden license, which contributes to developing the targeted fields such as green hydrogen projects and the electric car industry, as well as improving Egypt’s ranking in the global competitiveness index.”

Egypt ranked 93rd out of 141 countries in the Global Competitiveness Index, according to the latest report issued in early 2021.