The economics of social unrest in Iran

While the protests themselves are unsurprising, given the economic crises plaguing the country, the fact that they were centered in the southwestern province of Khuzestan is significant. 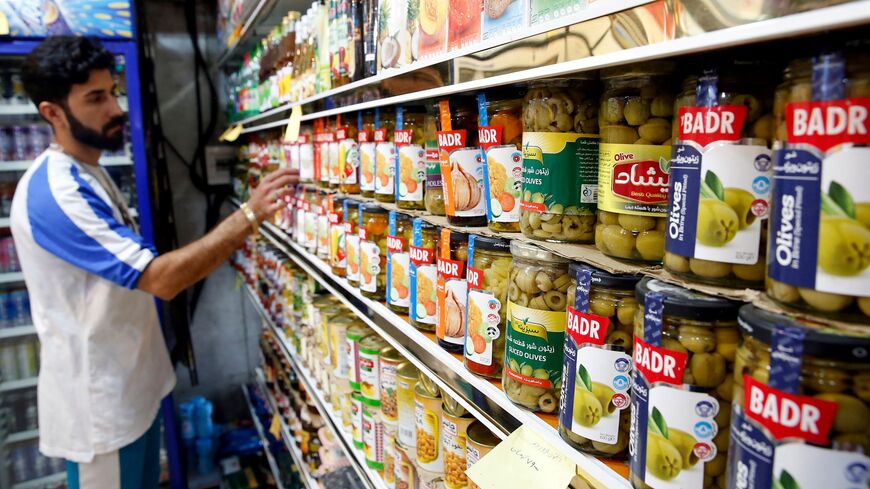 An Iranian shops at a food store in the capital Tehran on May 13, 2021, as prices on basic goods soar. Hundreds of people have taken to the streets in cities across Iran to protest the government's decision to raise the prices of essential goods, state media reported today. - AFP via Getty Images

Iran is witnessing a new wave of social protest in reaction to the price hikes caused by the government’s reforms of direct and indirect subsidies. The public is unhappy with prolonged high inflation eating into purchasing power. Aside from the political consequences of these protests, the socio-economic damage will further weaken the Iranian economy.

An academic analysis of the costs of social unrest, using the International Monetary Fund’s methodology, is not possible due to lack of accurate data. Therefore, we will look at some anecdotal, but interrelated facts and developments.

Iran has experienced high inflation for most of the past decade (see table below). The only two years when inflation was below 10% were 2016 and 2017, after the lifting of sanctions as part of the JCPOA nuclear deal. Ever since the Trump administration withdrew from the JCPOA in 2018, the average Iranian family has lost purchasing power and has become poorer. Frustration is further aggravated by high level of corruption, mismanagement and domestically caused crises. 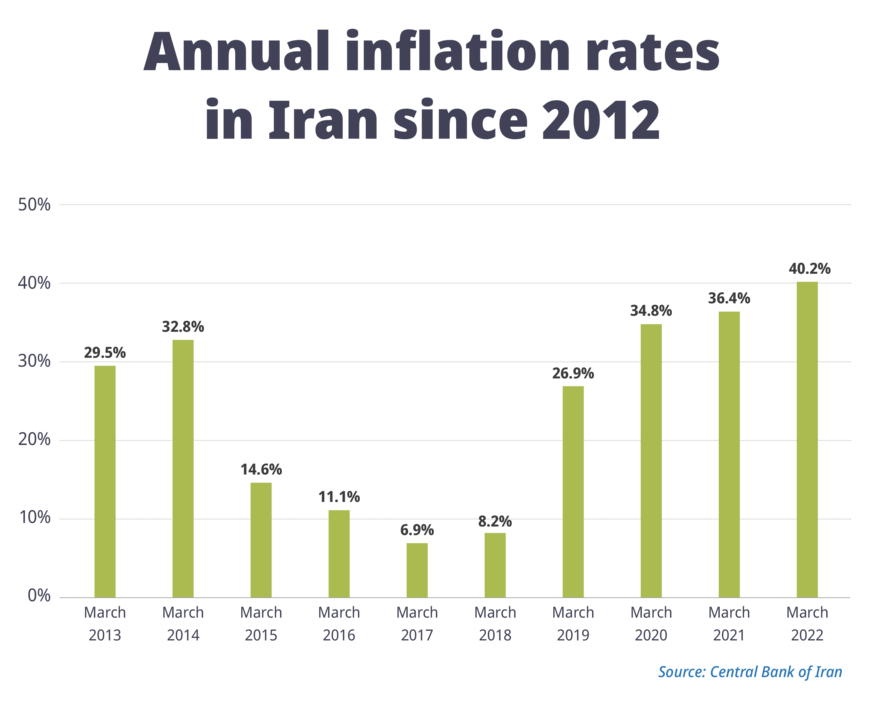 Consequently, the protests are unsurprising, especially since political restrictions limit the space for peaceful protest. However, the fact that the recent protests mainly took place in the southwestern province of Khuzestan is significant. There is a massive mismatch between the wealth of Khuzestan as the country’s main oil-producing region and its low level of development – adding another layer to the social disillusionment.  The impact of social unrest on security and political risk may lead to lack of investment in a specific region. Therefore, social unrest completes the vicious cycle that starts with underdevelopment and underinvestment.

The other obvious economic cost of social unrest is property and infrastructure damage. During the 2019 protest, angry demonstrators set petrol stations afire and damaged many buildings and public properties. The recent protests were not as violent, but the potential is always there during protest.

The reaction to protest by security forces or by government officials also causes economic harm. In fact, the erosion of social capital is a significant downside of the government’s repeatedly harsh reaction to such protests. On top of the unjustifiably harsh clampdowns, Iranian security and government officials readily spread lies and conspiracy theories about protests, further eroding their own credibility.

Iran’s security forces often respond to protests by cutting off internet connectivity. According to one calculation, one day of internet outage costs the Iranian economy more than $38 million. That seems to be a conservative estimate, as more than 2 million small businesses rely on the internet .

Each cycle of protest also causes severe psychological and socio-economic costs for the families of victims — from the initial anxiety to find their loved ones up to the legal and actual costs of a government clampdown. Most of these costs cannot be quantified, but all of them have a negative impact on the society’s well-being.

The conservative newspaper Jam-e Jam carried out a detailed calculation on the cost of four days of protests in November 2019, and estimated damages amounted to rial 200 trillion rial (equivalent to $1.7 billion at the then-free market exchange rate). However, this calculation does not consider the families of killed or injured protesters as well as thousands of arrested individuals. Those costs are economic, but more importantly social and psychological.

Also, every social unrest further cements the younger generation’s desire to migrate. Brain drain is a major challenge in Iran, and a sense of hopelessness paves the way for the country’s educated youth to migrate, looking for better educational and professional opportunities. The World Bank estimates the brain drain loss in Iran at $50 billion, though not all is connected to social unrest.

Social protests are costly for Iran. The country’s decision-makers should divert some investment in conventional security towards investments that would address the society’s grievances. Obviously, there is no quick fix to the conflation of social, economic and governance shortcomings in Iran, but even small glimmers of hope would go a long way.