The Iranian government must reconcile with the Iranian diaspora for sustainable economic progress. 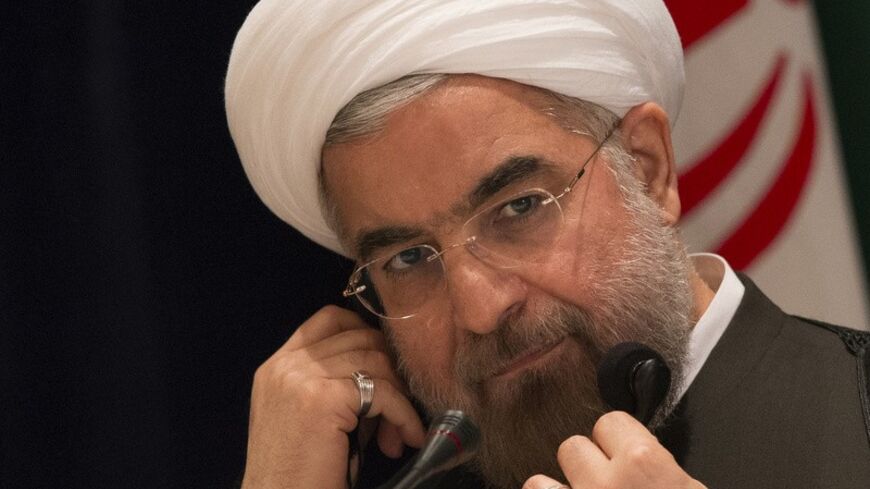 On Jan. 7, Iran’s Minister of Science, Research and Technology Reza Faraji Dana said, “Every year, about 150,000 highly talented people emigrate from Iran, equaling an annual loss of $150 billion to the economy.” Though the monetary value may be inaccurate (the World Bank put the economic cost of Iran’s brain drain at $50 billion in 2010), the fact is that Iran has experienced one of the highest levels of brain drain over the past decades. According to the International Monetary Fund, Iran has the highest brain drain rate in the world. An estimated 25% of all Iranians with post-secondary education now live in "developed" countries of the OECD.

Faraji Dana went on to outline that Iran has to provide “proper conditions for the return of experts to the country." He cited China as a good example to follow, since it has succeeded in luring its educated people back to the country.

Brain drain has been a negative socioeconomic phenomenon in Iran for decades. It causes a loss of valuable human resources and constrains the country’s economic development. The emigration of educated Iranians has gone through different phases in post-revolutionary Iran. Even prior to the 1979 revolution, the main reason for leaving Iran was to secure a higher educational degree. However, the fact is that in post-revolutionary decades a growing number of such students never returned to the country. In the immediate aftermath of the revolution, arbitrary legal cases, confiscations, discrimination and other sources of tension compelled many Iranians to leave the country. Later, the Iran-Iraq war became the main reason for a large wave of emigration. In the post-war era, a significant segment of families decided to emigrate due to economic, political and social pressures, including a tight domestic job market.

In the late 1990s, under President Mohammad Khatami, the trend reversed and the country witnessed a significant wave of Iranians returning to Iran. The return of the Iranian diaspora coincided with the growing investment of international and domestic private companies, which created job opportunities for educated and talented Iranians. The Khatami administration also managed to attract a number of business families whose companies and assets had been confiscated after the revolution. Their return and the gradual normalization of their status in the country encouraged many diaspora members to consider returning to Iran.

However, the trend reversed after the US invasion of Iraq in 2003 and the fear of a US attack on Iran. The election of Mahmoud Ahmadinejad in 2005 and the emergence of a security-driven regime further compelled many citizens to migrate. The main destinations were North America, Europe and Dubai.

In Ahmadinejad's first term, the government created the “High Council of Iranian Affairs Abroad” that was subordinate to the President’s Office and was tasked with resolving the legal or political issues of expatriate Iranians and paving the way for their return to the country. There were some successes in attracting investors from the Iranian diaspora, but the events of 2009 put an end to the government’s hope to lure a significant number of the Iranian diaspora back to the country. In fact, the post-election government clampdown intensified the desire of many educated Iranians to leave the country.

In the past few years, companies in Iran have been faced with brain drain as a problem, in addition to high inflation, currency devaluation and subsidy reforms. Though surveys among business owners and managers have indicated that brain drain is not considered a critical issue for Iranian businesses, it does represent a crisis for the economy as a whole. Iranian companies may still find the needed talents from the existing talent pool due to a high level of youth unemployment, but the emigration of educated Iranians deprives the economy of entrepreneurship and innovation potential — exactly the two qualities that the economy needs to move out of its current critical condition.

There is no doubt that the election of Hassan Rouhani has generated a positive mood among the Iranian diaspora. It is too early to gauge whether this positive mood will translate into a reversal of migration trends; however, the first signs are promising. The change in government has certainly encouraged many expatriate Iranians to travel back and assess the situation. However, while some of the political changes are welcome, practical issues such as technological infrastructure (that is, the Internet), health care, air pollution, traffic patterns and lack of safety in transportation deter many Iranians from thinking about returning to their home country.

Past experience has shown that there is also a direct relationship between job market conditions in Western economies and migration patterns from Iran. As such, the continued crisis in Western economies may compel many Iranian graduates to return to Iran. However, such a trend would also depend upon the success of the Iranian economy to produce the needed jobs and offer the compensation levels that many expatriate Iranians would expect. Similar to the late 1990s, such compensation levels are more likely to emerge if Iran witnesses a significant influx of international companies who would then compete to secure their needed talent.

Furthermore, a number of Iranian migrants have left the country due to social restrictions, discrimination against minorities and other socioeconomic limitations. A relaxation in social and cultural policies could also pave the way for the return of some members of the Iranian diaspora. Faraji Dana’s reference to China as a role model should take into account that it is not just about compensation levels but also personal and social freedoms, as well as the availability of basic services and infrastructure.

As such, the country will need political, economic and social reforms to attract many Iranians to return to their home country. Past experience will have taught many Iranians to wait a while to see how successfully the Rouhani administration will be able to reform Iran. Iranians have witnessed the pendulum swings of political conditions too many times. However, it is also clear that a reversal of migration trends would have a positive impact on the socioeconomic conditions.

The Rouhani government can hope that, similar to the first Khatami term in the late 1990s, an improvement in social and economic conditions will lead to a return of the Iranian diaspora and an eventual brain gain for the economy. Reconciling with the Iranian diaspora will be important — not just because of this potential brain gain, but also because of its potential to invest in the country and connect the economy to global technological trends.