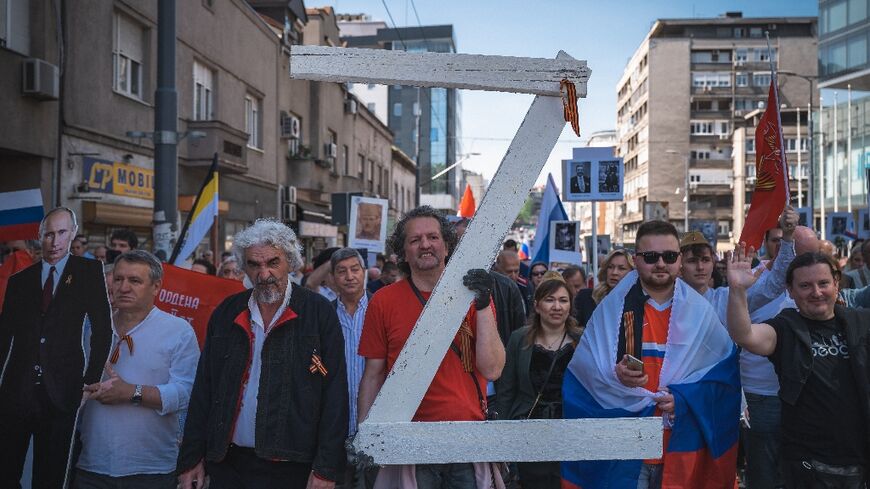 A man at the Belgrade march carried a large letter 'Z', the mark of Russia's invasion of Ukraine - Andrej ISAKOVIC
Agence France-Presse
May 9, 2022 — Belgrade (AFP)

Hundreds of people marched Monday in Belgrade, Sofia and Vienna to mark the Soviet victory over Nazi Germany in World War II.

Serbia, which aspires to join the European Union, is a traditional ally of Russia and refuses to impose sanctions on Moscow over the invasion of Ukraine.

Some 200 people taking part in the so-called "Immortal Regiment" march walked in silence through downtown Belgrade, cheering from time to time, and carried pictures of their loved ones killed during the war.

A man who walked at the head of the column carried a large letter "Z", the mark of Russia's invasion.

Another one carried a life-size cardboard cutout of Russian President Vladimir Putin, while some waved Russian and Soviet Union flags.

Many Serbs hold a favourable view of the Kremlin while Putin sees Serbia as a foothold in Europe. There have previously been pro-Russia rallies in Serbia after Moscow's forces entered Ukraine in February. 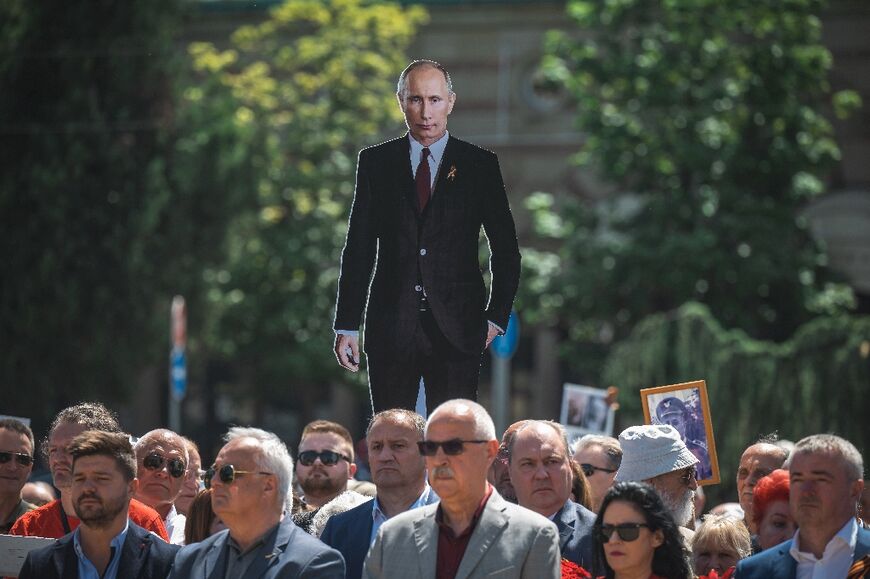 Their Ukrainian peers did the same Sunday.

"People have to remember, it's easy to forget what was going on (in World War II)... and that's why we have such a situation" in Ukraine, Marija Devric, 31, told AFP.

The finance expert took part in the march to honour her great-grandfather who "went from Moscow to Berlin" during the war.

In neighbouring Bulgaria, some 200 people joined a similar march in the capital Sofia, waving Russian flags and carrying pictures of relatives who died in World War II.

A policeman was injured and flagpoles broken in brief skirmishes between the participants in the march and a group chanting "Glory to Ukraine", with both sides calling each other "fascists".

She criticised "an unprecedented campaign to rewrite history" and slammed repeated defacing of a controversial Soviet army monument in downtown Sofia, where the skirmishes occurred.

Smaller marches were held in several other Bulgarian cities.

In Austria too, a few hundred people took part in downtown Vienna in a march to mark the Soviet victory, with several carrying Russian flags.

The Soviet Union lost up to 27 million people in World War II.