Prime Minister Erdogan's comments on Kosovo have damaged one of Turkey's few foreign policy bright spots, peacemaking and peacekeeping in the Balkans. 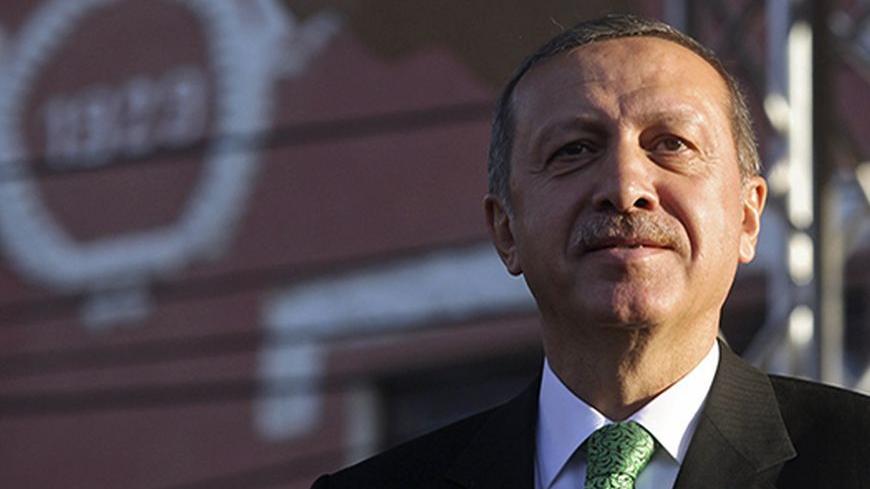 In a recent article, "Turkey's Lost Illusions," adviser and professor Dominique Moisi wrote that Turkey is now more in search of itself than it is of Europe. According to him, the end of the Soviet-era was a wake-up call for Turkey to revive a long-lost dream of (re)shaping its neighborhood under the banner of neo-Ottomanism. The endeavor, recently encapsulated in the foreign policy slogan of "zero problems with neighbors" turns out to have been an unsuccesful exercise based on costly trial and error.

It has bruised Ankara's relations near and far. The backlash stems from rhetoric tinged with a sense of superiority, political insensitivity to history and a peculiar blend of nationalism, sectarianism and activism. Amazingly, new pieces continued to be added to the pattern, next to the long-term frosty relations with Greece. The most recent one, involving Serbia, has Turkey losing ground in one of the more succesful parts of its foreign policy, namely, peacemaking and peacekeeping in the Balkans, one of the former "Ottoman territories."

Six days ago in Prizren, Turkish Prime Minister Recep Tayyip Erdogan said, "We all belong to a common history, common culture, common civilization; we are the people who are brethren of that structure. Do not forget, Turkey is Kosovo, Kosovo is Turkey!" He added that he "feels at home" when he visits Kosovo. Erdogan's words caused a fury among Serbian politicians.

Serbian Prime Minister Ivica Dacic responded by calling Erdogan's statement "a direct provocation." Belgrade also expressed its desire that the European Union (EU), "via its relevant organs, and also in the capitals of all member-countries," undertake appropriate measures toward Turkey, as is customary in similar situations.

"In the Republic of Serbia, such statements cannot be received as friendly. They depart from assurances that we get in contacts with Turkey's top officials," fumed the Serbian Foreign Ministry.

There were angry demonstrations in Belgrade, with nationalists retorting, "Kosovo is Serbia." The reactions spilled over into Austria, where Heinz Christian Strache, the leader of the extreme-right Freedom Party, offered, "Turkey is not Kosovo, Kosovo is not Turkey." He further asserted, "We fought for this several centuries ago, and it will always remain like this. At first Erdogan undermined European societies with a mass of its citizens, who he calls 'his soldiers,' and now he openly expresses territorial pretensions in a sovereign European country — Serbia. This is absolutely unacceptable."

The Serbian Foreign Ministry summoned Turkey’s ambassador to Belgrade on Oct. 26 to express its discomfort with Erdogan's remarks. There was more to come, however, and of much more importance. The same day, Serbian President Tomislav Nikolic announced that he was pulling out of the trilateral talks between Serbia, Turkey and Bosnia-Herzegovina on stability in the Balkans.

"I expect that reason will prevail in Turkey and that Turkey will apologize to Serbia over this aggression without arms," said Nikolic. "Until then, as president of Serbia, I am freezing my participation at trilateral meetings between Serbia, Bosnia and Herzegovina and Turkey, because it is not a meeting on war … but of democratic countries with statesmanly reason that leads to peace in the Balkans," he added.

Turkish Foreign Minister Ahmet Davutoglu tried to repair some of the damage. In a televised interview on the TRT1 channel on Oct. 27, he explained, "Prime Minister Erdogan talked about the shared fate of people of the Balkans in his speech. Balkan countries should act together for peace and stability. Belgrade, Prizren and Pristine are cities that we love very much. Some speeches might be presented as sources of [a diplomatic] crisis when they are taken out of context, but we have enough experience to overcome [such crises]. Both Serbia and Turkey are aware of their difference of opinion on the issue of Kosovo, but both sides are continuing their relations by accepting this difference."

He is partly right. There was nothing wrong with the first part of Erdogan's statement, the one about common this or common that, but its second phrase touched a raw nerve in Balkan history and twisted the knife in the heart of Serbian national identity. Kosovo is at the center of it as the theater of the famous war between the Ottomans and Serbs in 1389. It is therefore regarded by the Serbs as their "motherland." It is also where Slobodan Milosevic, late president of Serbia, made his famous speech on the 600th anniversary of the Battle of Kosovo that started the bloody Balkan wars in the early 1990s.

Whether Erdogan's utterance was read from a written text or delivered ad-hoc, this incident fuels the conviction that the primary enemy of Turkish foreign policy is a tactlessness in rhetoric fed by delusions of grandeur. Regardless, the damage is done. The dustup with Serbia adds to the growing troubles with what remains of the zero problem with neighbors policy. It may be resolved soon, but the important aspect is that it showcases Turkey's severe limitations in the Balkans.

For years, Turkish-Serbian relations were cool, due to the tragic war in Bosnia and Kosovo. Turkey was one of the first countries (out of 106) to recognize the independence of Kosovo in 2008. Normalization had been a late affair, starting in 2009, following the rapprochement between Belgrade and the European Union, and a push by Ankara.

Needless to say, Erdogan's remarks on Kosovo have wrecked the good efforts of President Abdullah Gul and Foreign Minister Davutoglu. The trilateral talks between Bosnia, Serbia and Turkey were aimed at building confidence. Considerably damaged, it is back to square one.

The Kosovo episode will also echo, albeit weakly, in Brussels and more concretely cast a darker shadow over the already forgotten Alliance of Civilizations project, initiated by Erdogan himself. In the broader context, it underlines the question by Moisi: What will be the endgame of Turkey's quest for an identity in its shaken and stirred foreign policy? "From Rhetoric to Reality: Reframing U.S.-Turkey Policy," a fresh, detailed report issued by the Bipartisan Policy Center, in Washington, summed up the situation thus:

After a period during which Ankara pursued the vision of zero problems with neighbors, it now has nothing but problems. It has called for the ouster of Syria’s Assad, refused to recognize the legitimacy of Egypt’s new military government, cut off diplomatic ties with Israel, angered Iran with its acceptance of a NATO radar installation and its support for Syrian rebels, quarreled with the Iraqi central government in Baghdad, angered key Gulf states over its support for Muslim Brotherhood movements throughout the region, and alienated Europe with unfounded accusations and conspiracy theories.

Is Turkey, after all, taking the longest, winding road to reach its hardest, but most realistic destiny — the EU? Strategic wisdom would say there is nowhere else to go.