Wheat supplies should be sufficient for the rest of 2022. But the country will eventually be compelled to secure additional quantities at higher prices 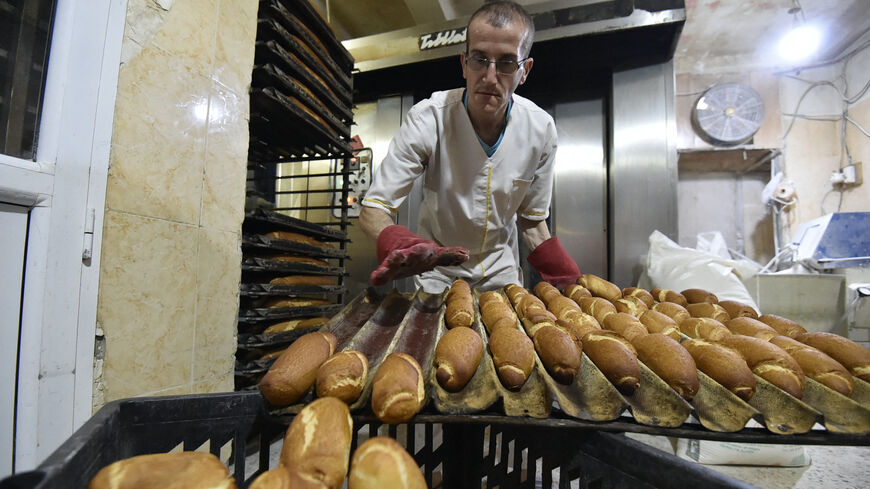 An Algerian employee prepares bread at a bakery in the capital Algiers, on Feb. 27, 2022. - RYAD KRAMDI/AFP via Getty Images

As the Russian military intervention in Ukraine continues to disrupt access to food commodities, Algeria is expected to have sufficient wheat reserves to last for the rest of 2022. But a drawn-out crisis will eventually put pressure on the country’s wheat supply and access.

At the start of the war, authorities moved quickly to reassure the population. In early March, Algeria’s Minister of Agriculture, Mohamed Abdelhafid Henni, stated, “Algeria has taken all measures to ensure that the national market is covered and fully satisfying all citizens’ grain needs” adding that the country’s stocks were “sufficient until the end of the current year and will not be affected by the changes occurring in the world.”

Algeria consumes just over 11 million tons of wheat per year. The majority, between 7.5 million and 8 million tons, is imported. Although it has relied mostly on European suppliers such as France and Germany, the country also procures wheat from Canada, and started importing again from Russia in 2021 after a five-year hiatus.

Mourad Ouchichi, an economist and lecturer at the University of Bejaïa, told Al-Monitor that “for the time being, the state will have no problem to secure supplies, since wheat delivery contracts were signed some time ago.” Furthermore, Algeria will harvest its domestic wheat production in June/July, adding some more volume to existing stocks.

However, “after December, the new wheat import contracts will have to be negotiated, and so Algeria will have to pay at the current inflated prices,” Mourad Ouchichi said.

Import requirements will likely be aggravated by low domestic yields. Even before the start of the war, Algeria was expected to increase grain imports. According to the United States Department of Agriculture (USDA), cereal production fell by 38% over the 2021/2022 season, due to unfavorable weather patterns. Algeria, like neighboring Morocco and Tunisia, has been suffering from drought. “If we had had more rainfall, maybe we would have better reserves that would last us beyond December. But domestic production will not be as good as in other years,” Mourad Ouchichi said. Algeria produced 3.9 million tons of wheat over the 2020/21 season, but output was projected to go down to between 3.6 million and 2.5 million tons in 2021/2022, according to figures by the USDA.

However, as the likelihood of drawn-out volatility in food markets rises, Algeria’s close diplomatic relations with Russia may prove useful. In early April, amidst European and American condemnation of the invasion, Ramtane Lamamra, the Algerian minister of foreign affairs, led a delegation of Arab envoys to meet with Russian foreign minister Sergei Lavrov in Moscow. Algeria was the third largest buyer of Russian military equipment in 2016-2020, spending $4.2 billion over that period.

As the war in Ukraine and its impact on global wheat prices and availability hovers over 2022, Algiers’ close links with Moscow will be critical. “If the crisis lasts longer, wheat-producing countries will export less as they try to secure their own supplies,” Ouchichi told Al-Monitor. “But Algeria has a good relationship with Russia, which is a key global exporter, and this might help us secure the needed quantities.”

The current crisis will continue to drive up food prices in Algeria, a major importer of food products. The country's inflation rate reached 9.5% in February, and social dissatisfaction continues after Algeria’s generals forced Abdelaziz Bouteflika out of power in April 2019. Before Russia’s invasion of Ukraine, high food prices would have been just another bout of bad news for Algeria’s unpopular military autocracy.

But the conflict in Ukraine has also pushed up global prices for hydrocarbons, which account for 95% of export revenues and 60% of government income. Flush once more with gas and oil revenues, Algeria’s rulers are now better equipped to deal with instability, whether it comes from popular dissatisfaction at home, or volatile grain prices abroad.