The US Commission on International Religious Freedom also recommended the State Department designate Syria as a "country of particular concern" and place Egypt, Iraq and Turkey on a special watchlist for religious freedom offenders. 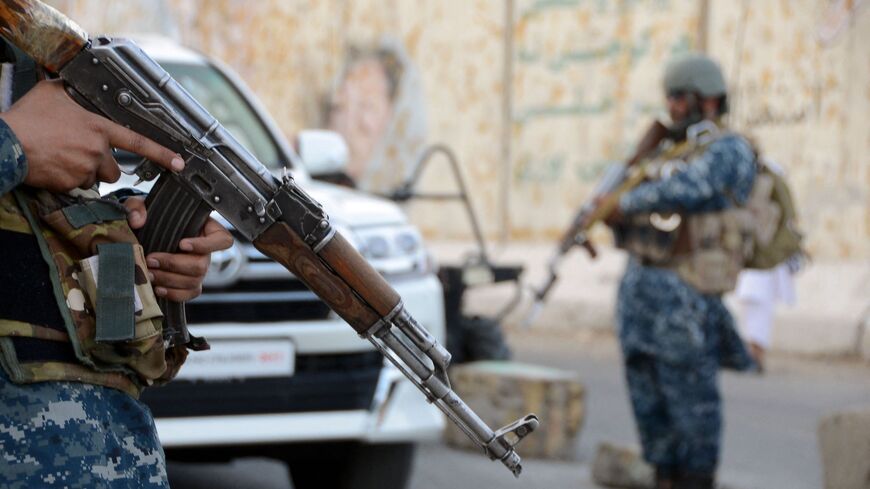 Religious freedom conditions in Afghanistan have sharply deteriorated in the eight months since US troops withdrew from the country and the Taliban swept to power, a government watchdog said Monday.

The US Commission on International Religious Freedom, a bipartisan advisory body that monitors global religious freedom, recommended that the State Department categorize Afghanistan under the Taliban’s de facto government as a “country of particular concern.”

The designation is reserved for countries whose governments carry out or tolerate "systematic, ongoing, and egregious violations of religious freedom." Not since 2001 has USCIRF called for Afghanistan to be placed on the blacklist.

In its annual report released on Monday, the commission said Afghans who don’t adhere to the Taliban’s strict interpretation of Sunni Islam “are at risk of grave danger.” USCIRF has received credible reports of the Taliban harassing religious minorities and desecrating their houses of worship, as well as going door to door looking for Christian converts.

The majority Sunni Muslim country is home to religious minorities including ethnic Hazara, Sikhs, Hindus, Ahmadiyya Muslims, Baha’is and Christians. Fear of persecution by the Taliban forced Afghanistan’s last remaining Jew to leave the country in September 2021, and many other citizens have fled to neighboring Pakistan, Turkey and Iran.

Afghanistan’s Hazara Shiites are considered apostates by the Islamic State’s Afghan branch, known as Islamic State-Khorasan (ISIS-K). Last week, the Sunni extremist group claimed credit for a deadly blast that killed at least 11 people at a Shiite mosque in the northern Afghan city of Mazar-e-Sharif.

Why it matters:  The USCIRF report comes as the Taliban continues to seek international recognition as the legitimate government of Afghanistan. The Biden administration says doing so would be premature and has conditioned US recognition on the insurgent group respecting the basic freedoms of women and religious minorities, allowing unhindered access to humanitarian aid and upholding other basic human rights.

What else:  For the ninth year in a row, USCIRF recommended Syria be added to the State Department’s list of “countries of particular concern,” which is currently comprised of 10 countries including Saudi Arabia and Iran.

Sunnis account for most of the victims of Syrian President Bashar al-Assad’s war on the opposition. In 2021, USCIRF said his Alawite-dominated regime “accelerated its nationalization of religion,” including by abolishing the Sunni position of grand mufti.

Armed groups operating in areas outside of the regime's control continue to crack down on Syria's religious minorities. The commission found jihadist group Hayat Tahrir al-Sham displaced and restricted the worship of Christians in northwestern Idlib province, and Turkey-backed extremist rebel factions in Syria’s northeast continued to target Yazidis and Kurds.

USCIRF also recommended the State Department expand its special watchlist of countries tolerating or engaging in religious persecution to include Egypt, Iraq and Turkey.

What’s next:  Under the 1998 International Religious Freedom Act, the executive branch is required to consider USCIRF’s recommendations. The State Department usually reimposes existing sanctions or reissues waivers rather than take new actions against countries singled out by the commission.

Know more:  Our correspondent in Egypt reports on how the stabbing death of an Alexandria priest has alarmed Christians in the northern coastal city, and Sibel Hurtas reports on Turkey’s expulsion of dozens of foreign Protestant missionaries.