The US Commission on International Religious Freedom (USCIRF) also recommended Egypt, Iraq and Turkey be added to the State Department's special watchlist for religious freedom offenders. 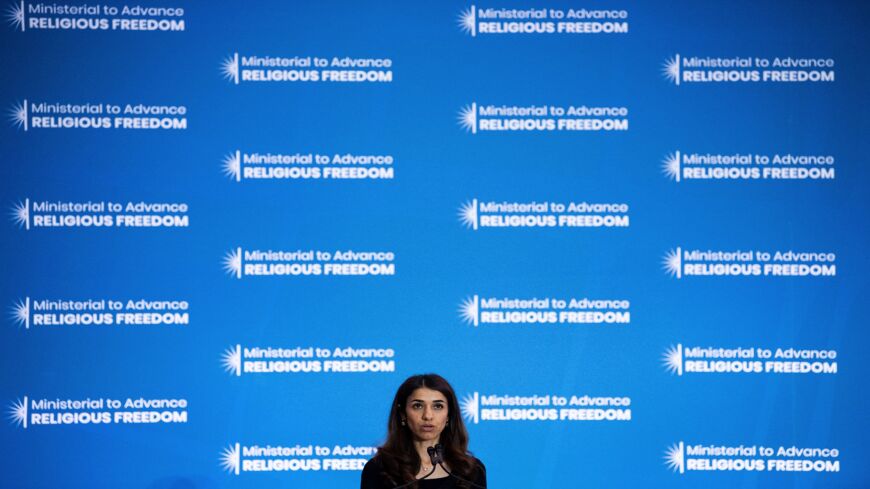 Nadia Murad, an Iraq Yazidi once held captive by the Islamic State, speaks during a religious freedom summit at the US Department of State on July 16, 2019, in Washington, DC. - BRENDAN SMIALOWSKI/AFP via Getty Images)

Religious groups remain under threat across Syria, a US watchdog group said Wednesday, calling on Secretary of State Antony Blinken to designate the war-torn country as one of the world’s worst religious freedom offenders.

The US Commission on International Religious Freedom (USCIRF), a bipartisan federal government commission, has for the eighth year in a row recommended that the State Department categorize Syria as a “country of particular concern” for particularly severe violations of religious freedom in the past year. The department's list is currently comprised of 10 countries, including Saudi Arabia, China, North Korea and Iran.

Under the 1998 International Religious Freedom Act, the executive branch must consider USCIRF's recommendations, which this year included calls for the Biden administration to step up the use of human rights-related sanctions in response to significant religious freedom violations.

In its annual report released on Wednesday, the congressionally appointed body said that religious freedom in Syria continued to deteriorate in 2020, due in part to repression from jihadist group Hayat Tahrir al-Sham (HTS) in northwestern Idlib province and Turkey’s support for extremist rebel factions in the northeast.

President Bashar al-Assad, a member of Syria’s minority Alawite sect, has clawed back more than two-thirds of the country seized by the rebels since 2011. The past decade of civil war has killed over 400,000 people and uprooted more than half the country’s pre-war population, a majority of them Sunni Muslims.

“Assad has continued his brutality against his own people. That includes his efforts to solidify his grip on religious affairs,” USCIRF commissioner Nadine Maenza told Al-Monitor. “He has falsely presented himself as a protector of minorities, especially Christians."

The USCIRF report notes that a disproportionately high number of religious minorities have fled their homes during the grueling conflict. By one estimate, Christians now make up 3.6% of the country, down from 10% at the start of the war.

The Syrian president has crafted a reputation as a defender of these communities “implicitly in exchange for their quiescence and support,” USCIRF’s authors said.

“Indeed, the regime largely left alone members of such minorities in regime-controlled territories if they had no specific record of opposition participation, essentially implementing the self-fulfilling prophecy it has long spun,” the report said.

The Yazidis, adherents of an ancient monotheistic religion who were victims of a genocidal campaign waged by the Islamic State (IS) in Iraq, are especially vulnerable to rape, kidnappings and forced conversions in the multi-ethnic city of Afrin. In 2020, Turkish proxies destroyed nine Yazidi shrines, the commission found.

The commissioners called on the Biden administration to pressure Turkey to provide a timetable for its withdrawal from the northeast, where Ankara has launched a series of military campaigns in recent years to push back Kurdish fighters that it considers to be terrorists from its southern border.

The Syrian enclave governed by the Kurdish-led government, known as the Autonomous Administration of North and East Syria, remained a safe haven for religious and ethnic minorities, said Maenza.

“This is a bright spot for religious freedom in the Middle East,” she said, calling for the US government to engage further with the autonomous administration and give its leaders political recognition.

The report highlighted some challenges to religious and political freedom in northeast Syria, including reports of child soldiers and Syriac Christian concerns over school curriculum.

In Egypt, blasphemy-related prosecutions continue to target Muslims, as well as Christians, nonbelievers, Qur’anists and Shiite Muslims, the report found. In June, a court in Alexandria sentenced an Egyptian blogger to three years in prison for running a Facebook page that encouraged atheism.

The commission said religious freedom conditions remained poor in Iraq last year, despite an October agreement signed between the Kurdistan Regional Government and the central government in Baghdad aimed at bringing stability to the restive Sinjar region. Continued extremist violence has prevented religious groups hunted by IS, including the Yazidi minority, from returning home.

More than three years after Iraq declared victory over IS, more than 1 million Sunnis remain displaced. Many languish in camps scattered across Iraq, fearing retaliation in their hometowns for their perceived affiliation with the terrorist group.

In an otherwise difficult year for religious freedom, the USCIRF report highlighted improvements in Sunni-ruled Bahrain’s handling of its marginalized Shiite Muslim majority. The commission also reported progress in Sudan and the Central African Republic. 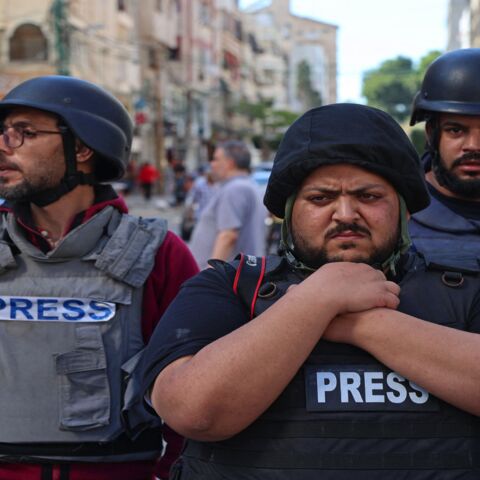