The partial withdrawal of US troops from northeast Syria in October created a vacuum for religious repression, a bipartisan US agency says. 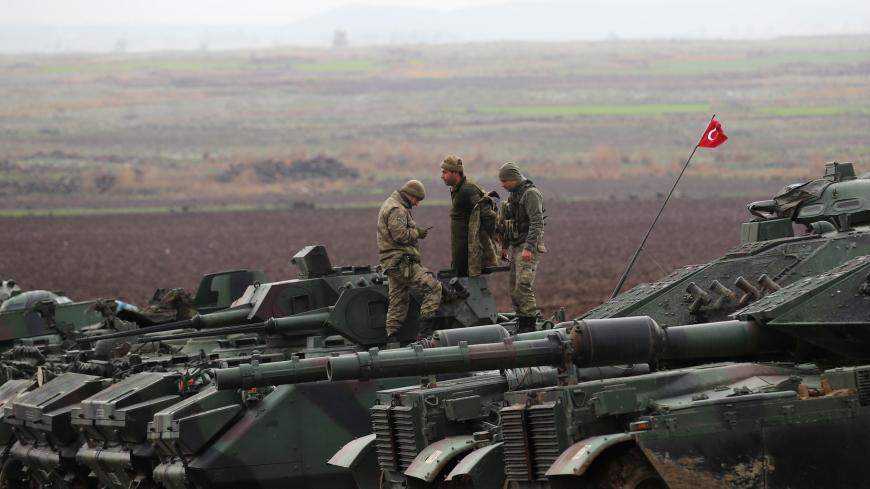 A congressionally appointed watchdog body said today that Turkey and its proxies are curtailing the rights of religious minorities in northern Syria and will continue to do so if the United States doesn’t intervene to stop them.

“The United States cannot look the other way as this disaster unfolds,” said Nadine Maenza, vice chair of the US Commission on International Religious Freedom.

“This situation directly endangers precious ethnic and religious diversity that has long marked the northeast, and it threatens the viability and stability of the autonomous administration,” Maenza said, referring to a Kurdish-led region.

During a virtual panel today, the bipartisan group called on the Trump administration to put pressure on Turkey to withdraw from the northeast, parts of which it invaded in October after President Donald Trump announced the sudden withdrawal of US troops from the region. Turkey’s stated goal was to push from its southern border the Kurdish fighters it considers as an extension of the Kurdistan Workers Party, a militant group that has carried out a decades-long insurgency in Turkey.

The commission also asked for the upcoming US sanctions on Syria to be implemented in a way that spares the autonomous administration, whose officials have expressed concerns they will be among the unintended victims of Washington’s pressure campaign on Damascus.

The same day the US watchdog called on the administration to dial up the pressure on Ankara, the State Department released its annual report on religious freedom, which noted many Syrians are reluctant to return to their homes since the Turkish incursion due to “a pattern of intimidation by Syrian groups aligned with Turkey.”

Amy Austin Holmes, a visiting scholar at Harvard University and a fellow at the Woodrow Wilson Center, said conditions in northeast Syria have dramatically worsened for Christians — including Assyrians, Syriacs, Chaldeans and Armenian denominations — as well as Yazidis, adherents of an ancient monotheistic religion.

“They have been killed, disappeared, kidnapped, raped, detained, subjected to forced religious conversion and held for ransom until their families pay exorbitant sums of money to secure their release,” Holmes said today. “Their places of worship have been destroyed, defaced, and looted. Even their cemeteries have been demolished and vandalized.”

Rights organizations and advocacy groups have also documented widespread abuses, including the kidnapping of Kurdish and Yazidi women, at the hands of Turkey’s allied rebels, now known as the Syrian National Army.

Holmes warned that unless Turkey withdraws from the areas under its rule, which include Tell Abyad, Ras al-Ain and Afrin, it’s unlikely religious minorities will ever return.

“They live in constant fear of being kidnapped again,” said Holmes. “This is a way to engage in ethnic cleansing and demographic change without actually killing.”

Known as Rojava, the semi-autonomous territory inside Syria has in recent years become a safe haven for Kurds and other groups whose rights were long denied under the Assad family’s Baath Party rule.

“This remains a work in progress, and recent trends — [from] the US withdrawal to the [IS] resurgence — threaten to disrupt this progress,” he said.