Islamic State steps up attacks during Ramadan; Arab-Israelis call for calm at Al Aqsa; Russian oligarchs and Egypt; Egyptian Christians alarmed by killing of priest; water scarcity threatens Jordan’s oryx; the storyteller from Idlib; and more;  in less than 1200 words. 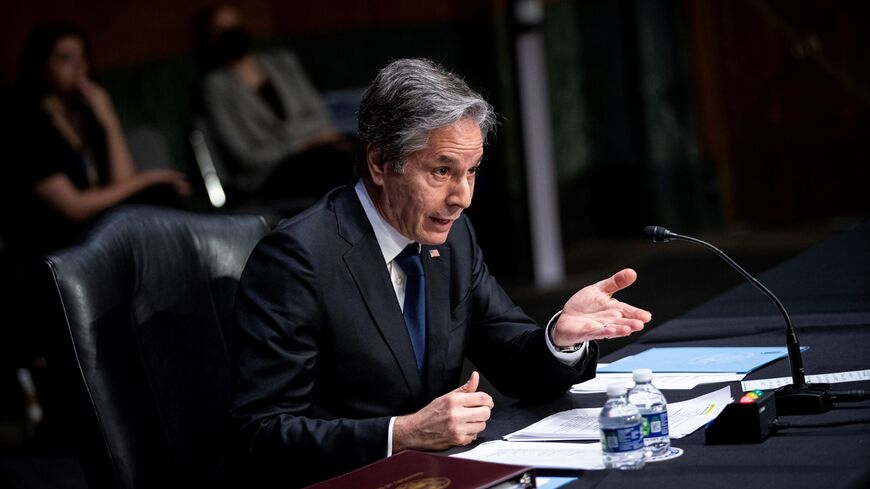 Iran ‘knows what it would have to do’ re: IRGC

US, Israel discuss Plan B

The Islamic State has claimed a spate of attacks in Afghanistan, Syria, Nigeria, Libya, and Uzbekistan following the start of a new campaign aimed at avenging the group’s former leader, Abu Ibrahim al-Hashimi al-Quraishi, and its former spokesperson, Abu Hamza al-Quraishi.

On April 18, IS claimed its first attack as part of its “Revenge for the Two Sheikhs” campaign in Syria’s eastern Deir al-Zor province, which is currently under control of the US-backed Syrian Democratic Forces. Shelly Kittleson reports that many Arab residents refuse to share information about IS activities with the Kurdish-led SDF, which they view as discriminatory and unable to protect them.

2. Arab-Israelis call for calm at Al-Aqsa

The recent unrest at one of Jerusalem’s most holy sites has underscored its importance to the Arab world, writes Afif Abu Much. Israel says it’s “committed” to maintaining the status quo at the Al-Aqsa mosque, known to Jews as the Temple Mount, where many Palestinians object to Jewish prayer.

Reda Jaber, director of the Aman Center against Violence in the Arab Community, told Al-Monitor, “There’s an underestimation among the Jewish community in Israel of the deep emotional and identificational importance of Al-Aqsa Mosque for Muslims and Arabs in general."

Some Egyptian politicians want the government to open its doors to Russian oligarchs whose assets were frozen by the West. The Nidaa Masr party says incentives should be offered so that Russia’s sanctioned billionaires will invest in the North African county, particularly in tourism, industry and energy.

“We are not siding with any party in the Ukrainian crisis,” party head Tareq Zeidan told Azza Guergues. “We are in an economic crisis, and the important thing now is to attract these investments.” Egypt, which relies heavily on Russia for its wheat needs and tourists, has avoided condemning the Russian invasion of Ukraine.

The recent stabbing death of a priest in Alexandria has spread fear among the coastal city’s Christian community, our correspondent in Egypt reports. Witnesses say a bearded man stabbed Father Arsanios Wadeed in the neck on April 6 as he was leaving the beach. The attack has alarmed Egypt's Christian minority, which make up around 10% of the 102 million-strong population. It comes as the Islamic State’s Egyptian affiliate continues to drive Christians out of northern Sinai province.

Water scarcity in Jordan is threatening the survival of the Arabian oryx, reports Melissa Pawson. The vulnerable white gazelles graze on plants in Jordan’s Shaumari reserve. But a decline in flooding frequency has left the oryxes struggling to find food in the semi-arid area. According to UNICEF, Jordan is the second most water-scarce country in the world.