Deir ez-Zor province in eastern Syria is facing a water and bread crisis that is likely to become even worse during the month of Ramadan. 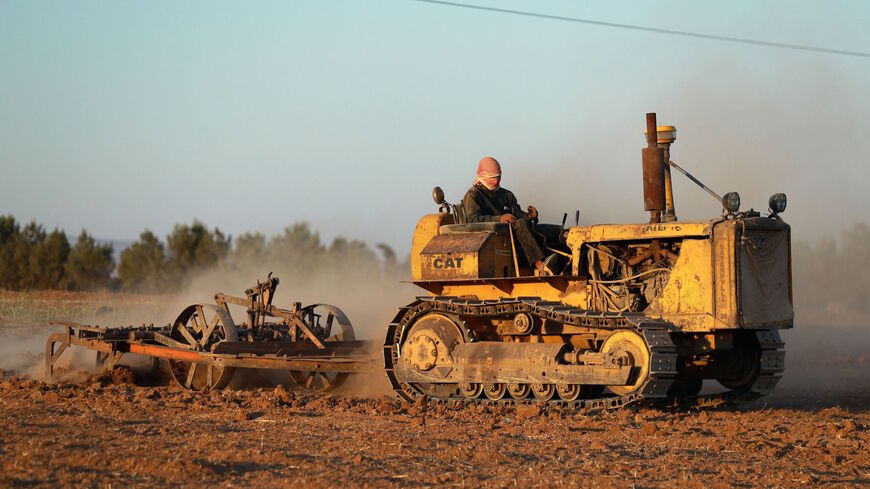 A farmer plows a wheat field in the countryside of the northeastern city of Qamishli, on Sept. 18, 2021. - DELIL SOULEIMAN/AFP via Getty Images 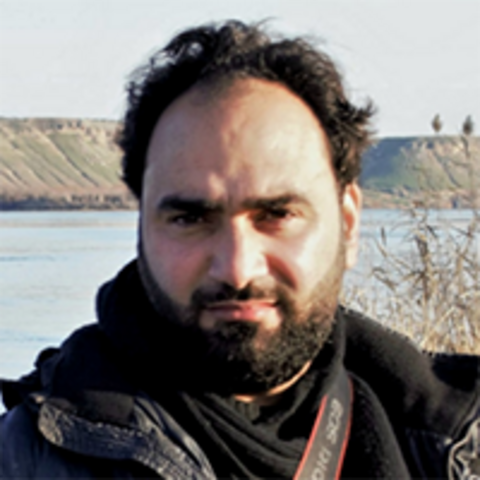 The villages of Deir ez-Zor in eastern Syria are losing access to basic necessities such as bread and water.

The province, which lies along the Euphrates River, was long considered the bread basket of Syria. These days, its residents are battling hunger and thirst. Water is cut off for long periods, and in many villages and towns, the hours stretch into days.

Ibrahim al-Hussein, a journalist from the eastern countryside of Deir ez-Zor, explained to Al-Monitor that water cuts have been common for more than a year and work at the pumping stations of al-Tanak and Abu Hammam in the Deir ez-Zor countryside has been suspended.

“All areas in Deir ez-Zor are affected by the water cuts, which sometimes last for more than four days,” he said.

Hussein the stations are operating for only four to six hours a day and many residents have illegally tapped into the high-pressure line, disrupting the flow and forcing people to buy water distributed in tankers.

While Hussein noted that the Kurdish-led Autonomous Administration of North and East Syria is working to address the water issue, he attributed the deterioration of water networks and the delay in repairing major pipelines to corruption in local councils, including the Deir ez-Zor Civil Council. He pointed out that services are much worse in the areas under the control of the Syrian government.

Part of Deir ez-Zor is under the control of the Syrian government and the rest is under the Autonomous Administration, which is controlled by the Syrian Democratic Forces. The portions are separated by the Euphrates.

Um Mohammad is a mother of four and lives with her husband in one of the villages of Deir ez-Zor countryside. She needs at least two bags of bread per day to feed her family. However, recently, in light of the bread price hike, she started baking her own bread using a deep metal griddle known as a saj.

“Many are using this method to make bread,” she told Al-Monitor. “Some are also using clay ovens to bake bread and meet the needs of their families.” She attributed the scarcity to flour hoarding by bakers.

One bakery owner in the eastern countryside of Deir ez-Zor accused smugglers of creating a bread crisis by smuggling flour from the Autonomous Administration-controlled areas to the Syrian government-held areas in the province, where it is sold at a higher price, via crossings on the Euphrates with the help of government forces.

Speaking to Al-Monitor on condition of anonymity, he said, “Because of the shortage, flour is being mixed with corn flour.”

The Autonomous Administration's Economic Department, the equivalent of an Economy Ministry, indicated in a January statement that flour is being hoarded by the owners of bakeries as well as distributors as a result of the shortage of wheat supplies due to drought. It stated, “Northern and eastern Syria need 700,000 tons of wheat and the Economy Department has received only about 180 tons.”

The department also confirmed that the Autonomous Administration is sustaining losses by subsidizing bread and flour by up to 90% for every ton of wheat. Its strategic reserves contain 200,000 tons, leaving a significant shortage. The administration is increasing its efforts to combat smuggling and reduce flour shortages.

Life is not greener on the other side in the northwest under the control of rebel forces, home to millions of displaced families from different regions in Syria. The situation there is similar to that in northeast Syria. The poor living conditions are the most common subject of discussion among the residents in northwest Syria, especially during the days of Ramadan.

Um Yassin is a housewife who was displaced from eastern Ghouta in southern Syria and now lives with her son in the Afrin countryside. She told Al-Monitor, “The month of Ramadan is very special for Syrian families. All family members would gather at the dining table. Ramadan drinks such as tamarind and licorice were served at every iftar, but now everything is different in Syria.”

She went on, “I live with my youngest son in the Afrin countryside. My eldest son died with his family when their house in eastern Ghouta was shelled by warplanes. My middle son has been detained in the prisons of the Assad regime since 2012, and we do not know whether he is alive or dead.”

She continued, “Many Ramadan customs have changed amid the extreme poverty that is hitting the residents. We can no longer afford to preserve old traditions, such as exchanging food plates between neighbors before the iftar. We are no longer preparing several dishes for every iftar, just one. The prices of meat, vegetables and fruits have soared to the point that we can only dream of having them at each iftar. Even visits to family and neighbors are almost nonexistent. Everyone is preoccupied with high prices, lack of job opportunities, and low if any wages.”

In the camps for the displaced scattered across northwestern Syria, the suffering is evident among the residents, whose rotting tents were ripped apart by last winter’s storms and can longer offer them shelter from the heat of the approaching summer.

Yamen al-Khalidi, who was displaced from Homs and resides in a camp in the Idlib countryside, told Al-Monitor, “There is no room for joy in the camps, especially during Ramadan. It is perhaps the most painful month for the displaced because it brings back old memories of their homes and families they lost as a result of the war. Every family has at least one member who was either detained or killed, or who emigrated or was wounded in war. The war has killed everything beautiful in us.”