Republicans have been voicing increasing concern as the Biden administration approaches a return to the 2015 nuclear deal with Iran. 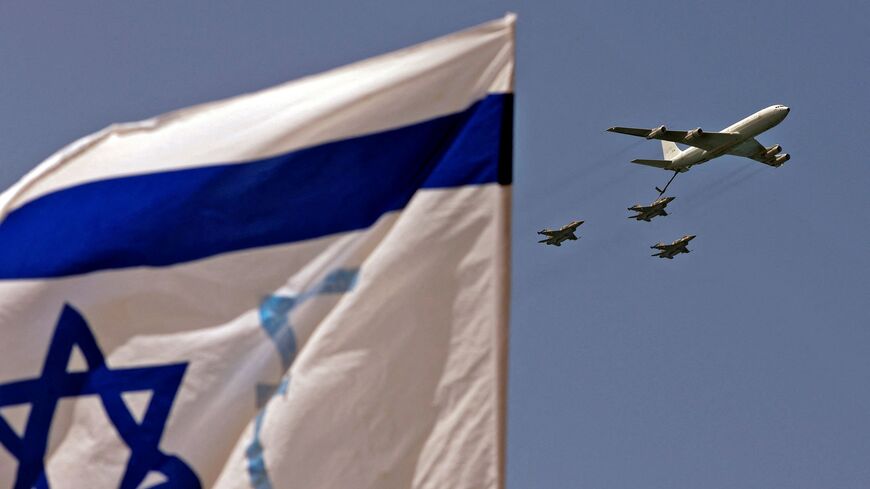 Eleven Republican senators, led by Tom Cotton (R-Ark.) and Lindsey Graham (R-SC), are pressing the Biden administration to expedite pending arms sales to Israel before a potential return to the 2015 nuclear deal with Iran.

The lawmakers urged the administration in a letter on Thursday “to take immediate action to provide Israel with the military capabilities it needs to defend itself from Iran” by rushing delivery of KC-46 refueling tanker aircraft, remaining F-35 and F-15 fighter jets, and CH-53K helicopters.

Why it Matters: Israel lacks the military capability to strike Iranian nuclear sites successfully without significant US support.

The Israeli Defense Ministry has sought in to replace its aging fleet of aerial refueling tankers in a bid to extend its strike range. Iran has advanced its nuclear enrichment since former US President Donald Trump withdrew from the 2015 nuclear accord with Tehran.

Israel finalized more than $3 billion in deals last year with Lockheed-Martin and Sikorsky for new KC-46A mid-air refueling tankers and CH-53 helicopters. The IAF aims to adapt its capabilities to Iran’s advances in nuclear enrichment as well as ballistic missile, cruise missile and drone-laden conventional weapons.

Despite the Naftali Bennett government’s public aversion to a US return to the deal with Tehran, Israeli defense officials increasingly see it as a potential opportunity to upgrade Israel’s offensive and defensive capabilities before Iran resumes nuclear enrichment.

The Biden administration has argued that Iran’s provocative actions in the region will only be emboldened if Tehran obtains a nuclear weapon. There is, however, no sign that the Islamic Republic intends to back off its support for regional militias, which continue to occasionally strike at US allies and troops with drone and missile attacks.

Concerns are thus growing in Washington, particularly among Republican lawmakers, that a return to the 2015 nuclear agreement will increase risks to US forces and allies in the region.

Iranian officials have rejected proposals to negotiate over Tehran’s ballistic missile program and proxy militias in the region as part of the current negotiations in Vienna.