Israel is seeking to replace its fleet of heavy-lift helicopters over the next few years. 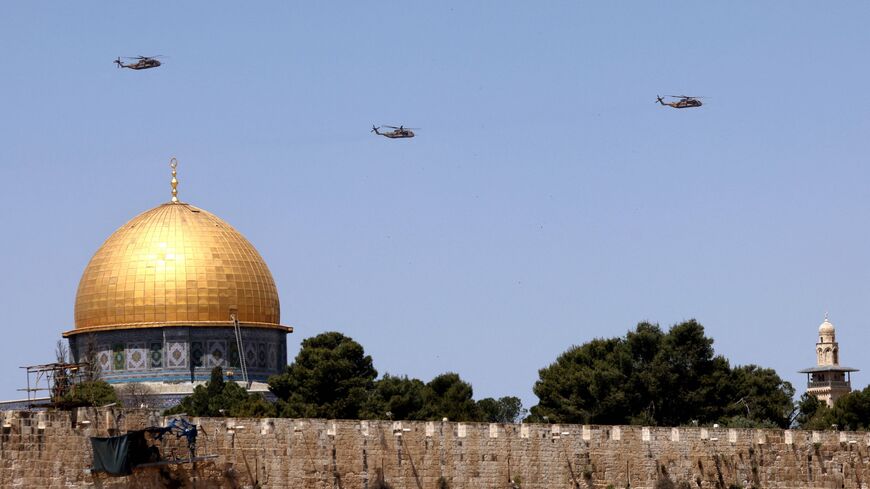 Israeli Air Force Sikorsky CH-53 "Sea Stallion" helicopters fly over the Dome of the Rock and the Old City during celebrations of the 73rd Israel Independence Day in Jerusalem, on April 15, 2021. - EMMANUEL DUNAND/AFP via Getty Images

Israeli ministers have approved a $2.4 billion purchase of 10 to 15 Lockheed Martin CH-53 helicopters using aid money from the United States.

Members of the Knesset’s committee on military procurement approved the purchase Monday after less than an hour of deliberation, Haaretz reported.

The purchase — the first of its kind under the government of Prime Minister Neftali Bennett — follows a Defense Ministry choice of the Sikorsky CH-53K over Boeing’s CH-47 “Chinook” as its primary heavy-lift helicopter earlier this year. Defense Minister Benny Gantz said following the decision in February that the CH-53K fits with the Israeli air force’s operational requirements and “the challenges of the changing battlefield.”

The Israel military aims to replace its aging Sikorsky CH-53 Yasur helicopters, which date back to the late 1960s, with the new CH-53K in the next few years. Israel relied on the Yasur for heavy lift operations during its 1969 conflict with Egypt and the 1973 Yom Kippur War, but its fleet has been grounded at least twice over the past decade amid a handful of crashes and mechanical problems.

Two Yasurs collided in 1997 and another crashed during a training exercise in Romania in 2010.

Under Momentum, Israel has also sought to replace its aging fleet of mid-air refueling tankers with Boeing’s KC-46s and to add a third F-35 squadron.