Men accused of posing as US federal agents investigated for Iran ties: report 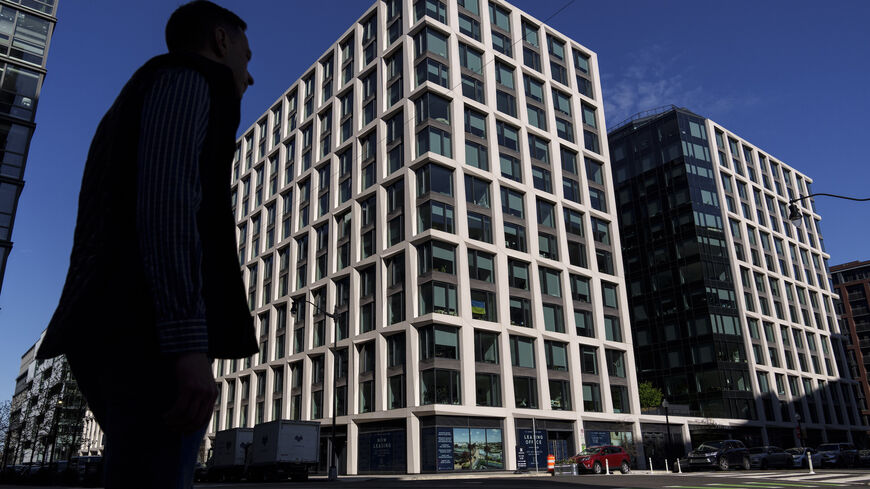 A view of The Crossing apartment building in the Navy Yard neighborhood on April 8, 2022 in Washington, DC. The building, which was raided by the FBI on April 6, is the home of two men accused of posing as federal law enforcement employees and ingratiating themselves with U.S. Secret Service agents. - Drew Angerer/Getty Images

Federal investigators are reportedly probing whether two men arrested in Washington this week after allegedly posing as federal agents have ties to Iranian intelligence.

Arian Taherzadeh and Haider Ali were charged this week with impersonating federal law enforcement, specifically Department of Homeland Security officers. The pair, both of whom are US citizens, were each charged with one count of false impersonation of an officer of the United States, which carries up to three years in prison. Prosecutors said Thursday they also plan to charge Taherzadeh and Ali with conspiracy.

Citing law enforcement sources, CBS News is reporting that investigators are looking into whether the suspects have links to Iranian intelligence, including the Islamic Revolutionary Guard Corps (IRGC) and its clandestine paramilitary wing, the Quds Force.

A prosecutor said Ali told witnesses that he had connections to Pakistan's intelligence agency, the ISI. He reportedly had three “older” travel visas for Pakistan and two for Iran from 2019 and January 2020. Prosecutors say Ali entered Iran once before his alleged ruse began in February 2020.

Why it matters: The arrests come as the Biden administration weighs whether to take the IRGC off the US list of Foreign Terrorist Organizations (FTO). The nuclear talks in Vienna are stalled over Tehran’s demand that Washington drop its largely symbolic designation of the IRGC.

A revocation of the IRGC’s designation would be met with serious blowback in Congress, as 86 House Republicans warned Secretary of State Antony Blinken in a letter last month. Several Democrats have also spoken out against removing the IRGC from the US list of terror groups.

Know more: Complicating any potential delisting are reports that the US Justice Department is investigating an IRGC plot to kill Trump administration officials, including former US national security adviser John Bolton and Secretary of State Mike Pompeo. US negotiators want Tehran to make a public commitment not to target Americans, but as Ali Vaez of the International Crisis Group explained, “It is politically impossible for the Iranians to publicly close the file on taking revenge for [Quds Force commander Qasem] Soleimani.”

What’s next: Prosecutors say Taherzadeh and Ali “ingratiated themselves with and infiltrated” the Secret Service agents and federal personnel who lived in their Washington apartment complex. Four Secret Service members have since been placed on administrative leave and an investigation into their association with the defendants is ongoing.