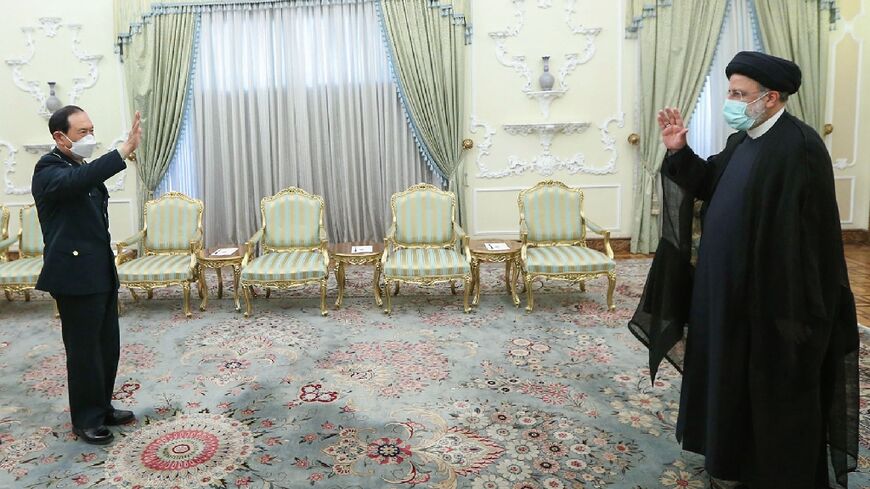 Raisi stressed that "regional and global developments show more than ever the value of Iran-China strategic cooperation".

Iran has been engaged for a year in negotiations with France, Germany, Britain, Russia and China directly, and the United States indirectly, to revive a troubled 2015 nuclear deal.

The accord gave Iran sanctions relief in exchange for curbs on its nuclear programme to guarantee that Tehran could not develop a nuclear weapon, something it has always denied wanting to do.

But talks in Vienna to restore the deal have been paused since March 11.

Among the key remaining sticking points is Iran's demand that Washington delist its Islamic Revolutionary Guard Corps from a US terror list.

"Countering unilateralism and creating stability and order is only possible through the cooperation of like-minded independent powers," Raisi said at the meeting with Chinese Defence Minister Wei Fenghe.

Wei also met with his Iranian counterpart, Mohammad-Reza Ashtiani, who stressed "the need to counter American hegemony in the world by strengthening multilateralism", an Iranian defence ministry statement read.

Raisi said Iran's "priority" was the "successful implementation of the 25-year comprehensive cooperation plan" it signed with China in March 2021.

The deal includes "political, strategic and economic clauses", according to Tehran.

Trade with China dropped after Washington reimposed biting economic sanctions on Iran in 2018, when then-president Donald Trump unilaterally withdrew from the nuclear deal.

But exports to China have surged by 58 percent in the past 12 months, while imports from China grew by 29 percent, according to Iranian media.