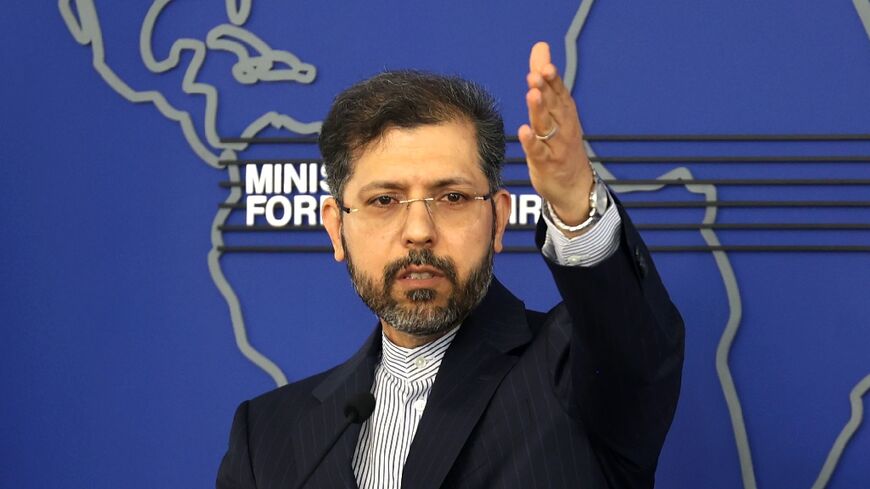 Iran called on Monday for a new meeting "as soon as possible" in the talks that have been held in Vienna aimed at restoring its frayed 2015 nuclear deal with major powers.

Tehran has been engaged in negotiations with Britain, China, France, Germany and Russia directly and the United States indirectly to revive the so-called Joint Comprehensive Plan of Action (JCPOA).

"It is appropriate that a face-to-face meeting is held as soon as possible," foreign ministry spokesman Saeed Khatibzadeh told his weekly press conference.

"It is not yet decided where and when to have this meeting and at what level it should be held, but it is on the agenda."

The 2015 deal gave Iran sanctions relief in exchange for curbs on its nuclear programme to guarantee that Tehran could not develop a nuclear weapon, something it has always denied wanting to do.

The United States unilaterally withdrawal from the accord in 2018 under then-president Donald Trump and reimposed biting economic sanctions, prompting Iran to begin rolling back its own commitments.

Iran and the United States, adversaries for decades, have been exchanging views through the European coordinator of the Vienna talks, Enrique Mora.

Khatibzadeh said Iran and the European Union agreed that "prolonging the pause in the negotiations is not in anyone's interest".

He added that the talks "have not stopped and are continuing through the coordinator of the Vienna negotiations".

The Vienna talks have been paused since March 11 after Russia demanded guarantees that Western sanctions imposed against it after its February 24 invasion of Ukraine would not damage its trade with Iran.

Days later, Moscow said it had received the necessary guarantees.

The Vienna talks, which started a year ago, aim to return the United States to the nuclear deal, including through the lifting of sanctions on Iran, and to ensure Tehran's full compliance with its commitments.

Among the key remaining sticking points is Iran's demand that Washington delist its Islamic Revolutionary Guard Corps from a US terror list.

"It is clear that if the US had given the right answers to the remaining issues ... everyone would have been in Vienna by now," said Khatibzadeh.

US State Department spokesman Ned Price said last week that "if Iran wants sanctions-lifting that goes beyond the JCPOA, they'll need to address concerns of ours that go beyond the JCPOA".