The US State Department has denied reports from three hard-line outlets that billions of dollars in Iranian funds are to be unblocked in exchange for Tehran releasing three imprisoned Iranian-Americans. 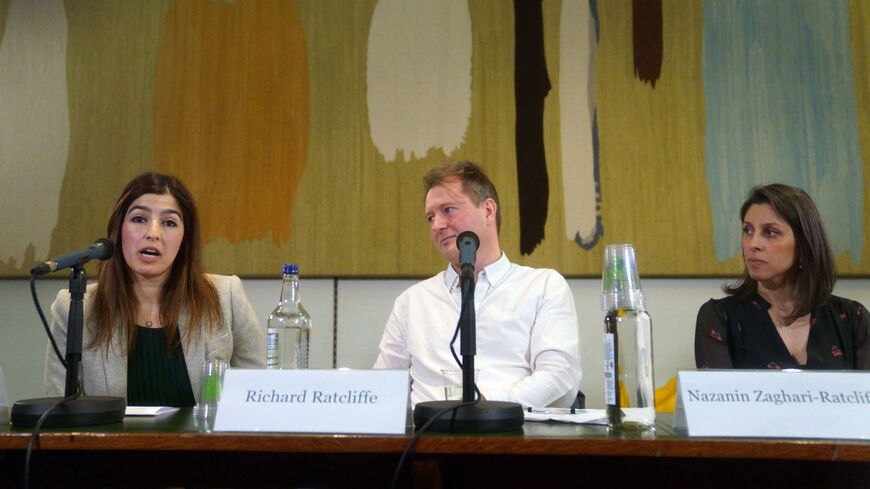 Iran and the United states have reached a deal that will see billions of dollars in Iranian funds unblocked in exchange for three Americans held in Iran, three leading conservative outlets have reported.

IRNA, Fars News and Farhikhtegan cited "informed sources" as confirming that the agreement would allow Iran to access a "significant amount" of its funds frozen due to US sanctions.

"Iran has not put all its eggs in one basket," reported Farhikhtegan, noting that the reported deal is independent from the months-long indirect talks between Iran and the United States over the 2015 nuclear deal, the Joint Comprehensive Plan of Action (JCPOA).

While a precise amount was not mentioned, the three outlets announced that it was "several times" more than the $530 million in delayed debts paid off to Tehran by the UK government in March. At the time of the repayment, British-Iranians Nazanin Zaghari Ratcliffe and Anoosheh Ashouri flew home following years of captivity in Tehran. Iran has, however, denied any links between the pair's freedom and the debt settlement.

Iranian lawmaker Shahriar Heydari, who is a member of the parliament's National Security and Foreign Policy Commission, confirmed that Foreign Ministry officials informed his committee in a closed-door meeting that frozen Iranian funds in South Korea are to be unblocked.

The State Department has firmly denied the claims. "Reports that Iranian funds held in restricted accounts in third countries will be transferred are false," a State Department spokesperson told Al-Monitor. While noting that Washington has "two separate negotiations underway with Iran: one for a mutual return to full implementation of the JCPOA and one on the release of all four US citizens unjustly detained in Iran," the spokesperson said, "Unfortunately, at this stage, neither negotiation has been successfully concluded."

The three reports also alluded to South Korea as the holder of at least some of the funds. Over the past two years Tehran has been intensely negotiating with South Korea to have an estimated $7 billion in delayed oil sale payments unblocked. Seoul, nonetheless, says its hands are tied by US sanctions and an array of international banking restrictions imposed on trade with the Islamic Republic.

In return for the funds, which are to be unfrozen in phases over a few weeks, Iran will release three dual nationals who have either served time or remain effectively barred from leaving Iran over espionage charges. The reports named 84-year-old Baquer Namazi and his son Siamak as well as Morad Tahbaz, who is also a British citizen.

Iranian authorities have repeatedly claimed that the detention of foreign nationals is based on valid security-related charges and denied suggestions that those cases are exploited as a pressure tool for political and financial purposes.

"Iran ought to seek greater gains from releasing British and American spies," said Alireza Kouhkan, a hard-line international relations lecturer, back in March, comments that were republished in the Farhikhtegan piece on the story.

"For the release, the Western sides should obviously offer considerable concessions … Although the frozen funds are basically Iran's property, getting them unblocked is better than nothing."