In a rare case brought against human rights activists, Libya’s Internal Security Agency accused seven activists of apostasy and contempt of Islam, resulting in condemnation by the United Nations and Amnesty International. 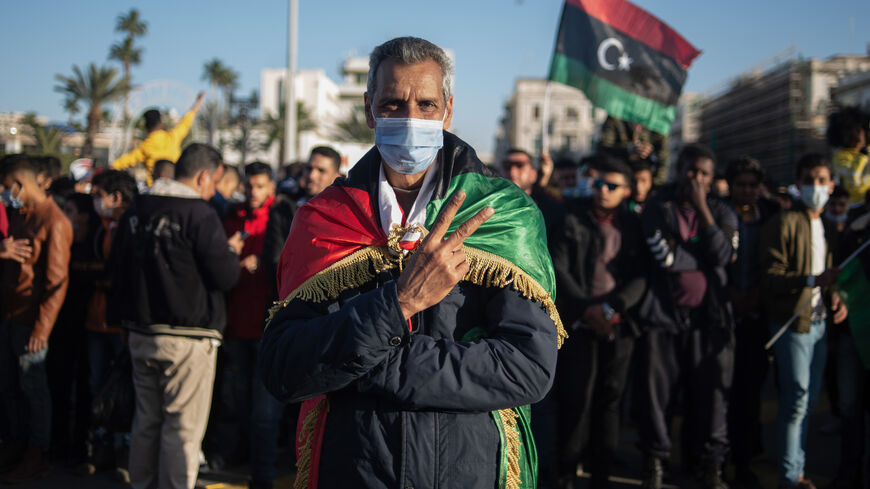 Human rights violations, violence, forced disappearances, and murder have been a daily occurrence in Libya, without any accountability in most cases. Hundreds of activists, human rights campaigners, and lawyers, including women, have been killed or disappeared without a trace. Since the NATO-backed rebels took over the country in 2011, Libya has been unstable, lacking security while armed militias and gangs, unchallenged, roam most of the vast country. The situation is particularly worse in big cities like the capital Tripoli and Benghazi, Libya's second-largest city and the cradle of its 2011 revolt.

Against that background, it was not unusual for the Office of the UN High Commissioner for Human Rights to call in a March 25 news brief on the Libyan authorities to stop the crackdown on “civil society in Libya, where arbitrary arrests and a campaign of social media vilification” are taking place.

What is unusual this time around is the list of charges leveled against the seven activists, by the Internal Security Agency (ISA). The list included serious accusations such as apostasy and contempt of Islam, the country’s main religion.

UN Human Rights spokesperson Liz Throssell said, “Seven men, aged between 19 and 29, were arbitrarily arrested” by ISA in Tripoli between November 2021 and last month. She also pointed out the fact that ISA has “posted videos of the seven men on Facebook,” in which they confess to being “atheist, areligious, secular and feminists.”

It's been a very long time since the dangerous charge of atheism and apostasy was used against anyone in the religiously conservative country. Such accusations are almost unheard of in Libya.

ISA posted on its Facebook page seven videos in which young Libyans confessed to crimes such as spreading atheism, apostasy, and conspiracy with foreign organizations to destroy the foundations of the Libyan society. Facebook removed all videos prompting ISA to protest the move while reiterating that all videos were “true.” Al-Monitor has written to ISA for comments but has had no reply at this time.

As required by law, ISA handed over the matter to the country’s attorney general, who issued March 25 a statement acknowledging that he is investigating five individuals, without naming them, because they have been found, by ISA, to spread “atheism” and being members of a “secret illegal movement” known as Tanweer.

The statement ended by saying that the “detainees have announced their repentance” for the act of “apostasy” but that they will face the court nonetheless. Al-Monitor asked the attorney general's office for comment but received no response.

Amnesty International issued its own statement calling on the Libyan authorities to uphold the detainees’ rights while accusing ISA of conducting a “vicious campaign” against people who acted peacefully to “exercise” rights.

Both the UN and Amnesty believe the charges against the seven individuals are fabricated, used to silence human rights defenders and muzzle dissent in an increasingly oppressive Libya.

In an interview with Al-Monitor, Hussein Baoumi, Amnesty’s researcher on Libya and Egypt, confirmed that his organization knows of at least “seven individuals” being detained by Libya’s ISA. At least one eyewitness, speaking anonymously, confirmed that one of his friends was among those who have been arrested. Baoumi dismissed the accusations against Tanweer.

Al-Monitor also reached out to Ahmed al-Bukhari and Fatima al-Omrani, both co-founding members of Tanweer and exiled in Europe. Neither of them responded to our questions despite initially welcoming them. Bukhari asked for written questions that were submitted March 27, but no answers to date.

Tanweer was founded basically as a civil society group active in organizing book fairs, book clubs and social debates in Libya. Several Tanweer associates speaking on condition of anonymity told Al-Monitor that the group never discussed religious or homosexual issues as allegedly implied by ISA and further amplified by the attorney general.

The country’s Civil Society Commission, responsible for regulating all civil groups, did acknowledge the group as “legally registered” in 2012-13. Ibrahim al-Magssbi, the commission’s Benghazi branch executive director, told Al-Monitor that Tanweer failed to renew its registration, an annual requirement, which means it became illegal after 2013. The commission’s Tripoli office, where Tanweer was registered, did not respond to our request for comment.

A Tripoli-based preacher told Al-Monitor on condition of anonymity that this is maybe the first time such “dangerous accusations are made against any Libyan.” He believes this can only be understood in the context of “the entire society" becoming more conservative and even extreme.

He said that this is because “conservative religious preachers” are dominating social media platforms and the airwaves. He pointed at Libya’s “notorious mufti,” referring to Mufti Sadiq al-Ghariani, who lives in Turkey, has his own TV channel and controls Libya’s Fetwa House.

Ghariani is known for his controversial opinions and fatwas that are “harmful to social peace and reconciliation,” the preacher noted. Despite being dismissed as a mufti years ago, Ghariani is still referred to as a mufti and exercises huge influence over Libya’s different religious groups including armed militias.

Many believe the whole episode is just a pretext to suppress free speech in the restive North African country. Hanan Mostafa, a Libyan lawyer who fled her country years ago, criticized ISA’s action accusing the security agency of taking “extra” judicial measures in apprehending the seven individuals." She added that ISA trespassed its mandate by forcing the suspects to “confess” to the charges against them without any due process.

She told Al-Monitor that ISA trespassed its mandate by forcing the suspects to “confess” to the charges against them without any due process.

She also pointed out that freedom of belief is protected in Libya under the 1953 penal code, which is still in force. Originally, Libya’s penal code calls for imprisonment for "insulting” Islam, not apostasy. However, Article 291 was amended in 2016 in order to call for the death penalty for any Muslim who commits apostasy. But Mostafa thinks the amendment is illegal since the legislative chamber made the amendment in 2016, when it was already voted out and replaced by the current parliament that took over Libya’s far eastern city of Tobruk in 2014.

Like many others, Hanan thinks ISA and different militias, claiming loyalty to the government in Tripoli, are dominated by extremists using the government as a cover to tighten their grip on any civil movement.

Neither the attorney general's office nor ISA has released any updates about the detainees and when they will face trial in Tripoli.

Hossam, a friend of one of the detainees who does not want his family name published out of fear, told Al-Monitor that his friend is likely to be released without trial after he signs a “pledge” not to “re-offend.” But Hossam noted it will be difficult for anyone accused of such a crime by ISA to “continue living in Libya.”

The issue of “apostasy” is very sensitive in conservative Libya and for anyone accused of such a crime to stay in Libya is “dangerous even if acquitted,” Hadi Zoubida, law professor at Tripoli University, told Al-Monitor.

The controversy surrounding Tanweer is likely to be repeated in different forms since Libya’s legal and procedural requirements for civil society are not clear. Magssbi said that “we [Libya] are not serious” about letting civil groups operate legally in the country. The presence of foreign and local organizations dealing with all sorts of issues means that one day taboos like "Islam, feminism, and homosexuality" are going to be raised in some form.

Libya, which still does not have any constitution, bans homosexuality and homosexuals cannot live in secrecy. Just like in other Arab and Muslim societies the issue in Libya is difficult even to discuss.

What is certain though, human rights defenders in Libya will face more pressure in their uphill struggle to make human rights and free expression a legal right in conservative Libya.