Why The Islamists Lost in Libya

Defying all predictions, Libyans voted overwhelmingly for liberal political parties instead of the Islamists, according to early election results. Mustafa Fetouri says Mahmoud Jibril’s coalition may have pulled off the surprising victory because of Jibril's skill and charm — and also because Libyans feared going down the same path as Tunisa and Egypt. 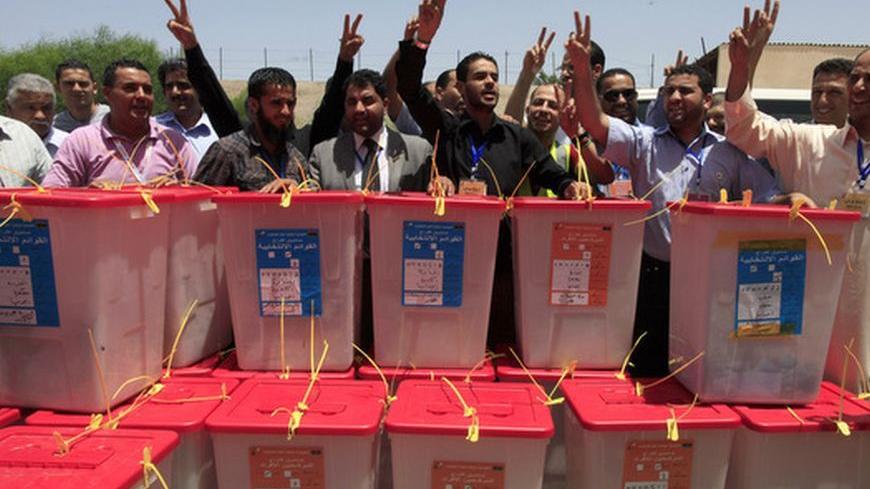 Defying all predictions, Libyans voted overwhelmingly for liberal political parties instead of the Islamists. While final results have not been announced, Mahmoud Jibril’s National Forces Alliance (NFA) has taken the lead, according to early election results.

The NFA is a loose coalition of some 60 smaller parties, based mainly in Tripoli, and over two dozen civil-society groups that have sprung up in Libya over the last 13 months. Jibril, an American-educated strategist, was the war-time prime minister and is considered to be the architect behind the opposition government led by the National Transitional Council, which represented the rebels. He headed the opposition’s executive bureau from March to October 2011.

Unlike their Egyptian and Tunisian neighbors, Libyans seem to have decided not to hand power over to the Islamists, most likely because they are wary of what has happened to their neighbors. Libyans tend to be more moderate Muslims with far less tolerance for militant forms of Islam than the population in Egypt or Tunisia. The fact that they voted the way they did only confirms the fact they are tired of guns and lawlessness — a perfect environment for Islamist militias to flourish.

Yet Islamists in Libya are not out just yet. They could still disrupt the results in either democratic or undemocratic ways. The Justice and Construction Party, the Muslim Brotherhood’s main political party, appears to be in second place so far. While al-Watan Party, or “Homeland” Party, which was founded by former Guantanamo prisoner and well-known militant Abdul Hakim Belhadj, failed to score enough votes to be in a position to play an important part in the upcoming assembly. A marriage of necessity between the two could make them a serious force. At the same time, some independents could declare their allegiance to either Islamist party, further making the NFA’s task more complicated.

That said, how did liberals in Libya win what was widely expected to be another Islamist victory? There are four main reasons for why Libyans shied away from voting for Islamist parties.

Second, the fiery speeches of Libya’s Grand Mufti, Sheik Sadik Al-Ghariani, turned people off. Over the past three months, Al-Ghariani made public announcements favoring Islamists, but stopped short of officially endorsing any political party. Still, the public got the message and did not like it. As a mufti, or religious scholar, he is supposed to be neutral.

Third, pro-federalism activists, mainly in Benghazi, have become more violent and appeared unwilling to compromise. Pro-federalist protesters attacked a number of polling stations, stole voting materials and fired at cars in the run-up to the elections. On election day, one of their supporters was shot dead while attempting to steal election materials in the eastern city of Adjdabiya. A day earlier, they blocked the eastern oil-export terminal at Ras Lanuf, disrupting oil exports.

Fourth, many Libyans still remember that the Muslim Brotherhood made deals with Moammar Gadhafi during his final five years in power. They were deeply involved in a reconciliation process spearheaded by Saif al-Islam himself.

Jibril’s skill, talent and experience also helped him win. Realizing that the election law is biased in favor of larger political entities, he accomplished the nearly impossible task of rallying almost 60 smaller political parties around a moderate national agenda. Nearly four months ago, he succeeded in bringing together over 30 grassroots, non-governmental organizations. These smaller groups proved to be very effective in getting the message straight to the people in their communities. In a country where sophisticated campaigning is new, word-of-mouth is a much faster and more reliable form of campaigning.

Furthermore, Jibril and his partners campaigned voraciously and effectively, visiting almost all of Libya's cities and leading public debates in hundreds of places across Libya, including universities, high schools and work places. In the middle of their election campaign, NFA leaders realized that Jibril’s image was more recognizable than NFA’s logo, prompting them to quickly replace their old posters with new ones displaying large portraits of Jibril’s face.

Still, doing well in the elections does not guarantee political power in a country as divided as Libya. Can Jibril and his alliance steer Libya away from violence and chaos, or will they fail to translate their victory into action? Soon, Libyans will find out what kind of leadership the NFA will put forward. Moreover, since he served as a war-time prime minster, Jibril is legally barred from running for elected office, which could pose a problem for the NFA and its motley crew in the future.

Mustafa Fetouri is an independent Libyan academic and journalist. He won the European Union’s Samir Kassir Award for best opinion article in 2010.