Returning from observing the July 7 elections, it was hard for Daniel Serwer to believe that Libya, a pariah state for most of his adult life, might actually be on the path to democracy. But the elections went surprisingly well, he writes, and a strong collective hatred for Muammar Gadhafi could have contributed to the success. 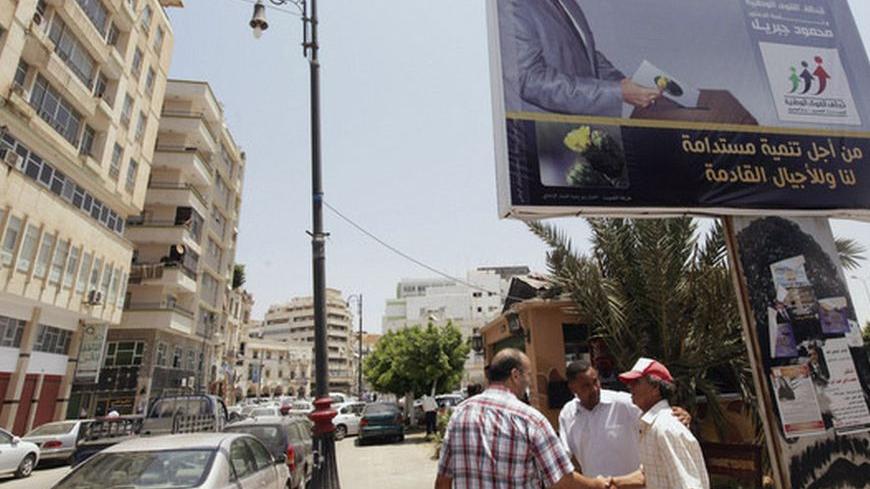 Returning from observing the July 7 Libyan elections last week, it was hard for me to believe that Libya — a pariah state for most of my adult life — might be on the path to democracy. Why, I wondered, did the elections go so well?  Why were the results so “good” from a US as well as Libyan perspective?  What are the implications of the results for the US and the region?

Based on my experience in Benghazi, the answers so far are encouraging, although significant challenges remain.

The elections went well because that is what the Libyans wanted.  Without exception, the politicians I spoke with rejected last-minute appeals to vote for Islamists, as well as even more extreme Islamist and “Federalist” views opposed to voting at all.  At least some of the Federalists, who want a commitment to a Libya formed from its three historic regions, have acknowledged defeat and proclaimed that the Libyan people have spoken in an election that drew 62% participation. Most Libyans wanted to vote and felt invested in the electoral process, which was organized and paid for by the Libyans themselves.

The assistance the Libyans got from the United Nations and US-backed organizations such as the National Democratic Institute and the International Foundation for Electoral Systems was wide-ranging, but did not deprive Libyans of ownership. Relatively quick sanctions relief ensured that the National Transitional Council’s coffers were full. When I asked the manager of the tallying center in Tripoli how he managed to get the ballots and tally sheets to the capital so fast from far-away Tobruk, near the border with Egypt, he responded, “I sent the plane.”  Elections conducted in many municipalities during the spring were in some ways a practice run and whetted the electoral appetite.

Libyans won’t be happy to hear me say it, but I suspect that there were elements of Muammar Gadhafi’s legacy involved in the success of the elections.  Hatred for Gadhafi gave Libyans a stronger sense of collective identity than many experts had anticipated. One Libyan election observer, asked at the end of her 12-hour vigil at the polling place whether she had ever imagined a free election in Libya, said, with vehemence, “never!”  Her determination was a reaction to decades of oppression.

The Gadhafi regime also gave Libyans a lot of discipline. Entrusted with setting up the polling places, the nation’s school teachers posted instructions on classroom walls and arranged furniture and cardboard voting booths as shown in the posters provided by the Libyan High National Election Commission.

Last but not least, the Gadhafi regime had always promised Libyans self-government even if they were never allowed to exercise that right. No one in Libya has anything good to say about the Green Book or the Jamahiriya (Gadhafi’s “republic of the masses”), but Libyans have a clearer concept of self-governance than many people I know who have also lived under autocracy for decades.

Not only the process, but also the election results were good. The leader of the winning coalition is Mahmoud Jibril, whose doctoral thesis and portrayal in a Wikileaks cable, show him to be a certifiable wonk and technocrat. He also proved to be a good politician. Eschewing secularism, he managed to get dozens of smallish, liberal parties to unite, then campaigned vigorously all over Libya. His Islamist opposition was more divided and less rooted than Jibril’s coalition.

It would be unwise to suggest that the results necessarily have broad implications for Libya’s western neighbor Tunisia, where the transition is already going reasonably well, or Egypt, where the transition is confused and messy. Nor will Libya echo strongly in Yemen, already embarked on a Gulf Cooperation Council-designed transition, or in benighted Syria. But Syrians and Libya’s western Maghreb neighbors, Morocco and Algeria, would do well to study carefully the way Libya is managing its transition. If the pro-revolution Syrian National Council could muster even a fraction of the cohesion the Libyans have shown, there might be some hope for a peaceful transition once Syrian President Bashar al-Assad falls.

The age of Algeria’s leaders will compel some sort of transition there as well, likely beginning with presidential elections in 2014.  If the Moroccan king wants to avoid cataclysm, his tentative steps in the direction of constitutional monarchy should be bolder than they have been so far.

Perhaps the most important lesson of Libya is that the polarization of Islamists and secularists can be avoided.  When everyone is Islamic, it hardly matters who is an Islamist.  Islam, like Christianity in most of the West, should be a religion, not a source of political division. Europe and America will find it far easier to improve relations with a moderate, Islamic Libya than a sharply divided Egypt.

Libya still runs serious risks. Everyone points towards the militias, which provided good security for the voting in many areas but also clashed in a few, disrupting the polls in Kufra and Ajdabiya (south of Benghazi). While still vital to security in some places, the militias gradually have to be reined in and absorbed into state security forces and civilian society. These young militants have enjoyed a heady time. It will not be easy for them to accept a less exciting life. There are also tribal conflicts, often over smuggling routes, that continue to threaten the transition, especially in the south. And there are regional tensions between east and west that will have to find solutions in the constitution to be written and approved in a referendum next year.

The biggest challenge will be handling oil and gas revenue. If that is not done equitably, accountably and transparently, all bets are off. Only two countries on earth with hydrocarbon-dominated economies have managed their wealth reasonably well:  Norway and East Timor. If Libya becomes a third, it might really be on the path to democracy.

Daniel Serwer is a scholar at the Middle East Institute and a professor at the Johns Hopkins School of Advanced International Studies. He blogs at www.peacefare.net and tweets @DanielSerwer.