Morocco is heavily dependent on imports for its energy needs, and is working to increase its use of renewable sources. 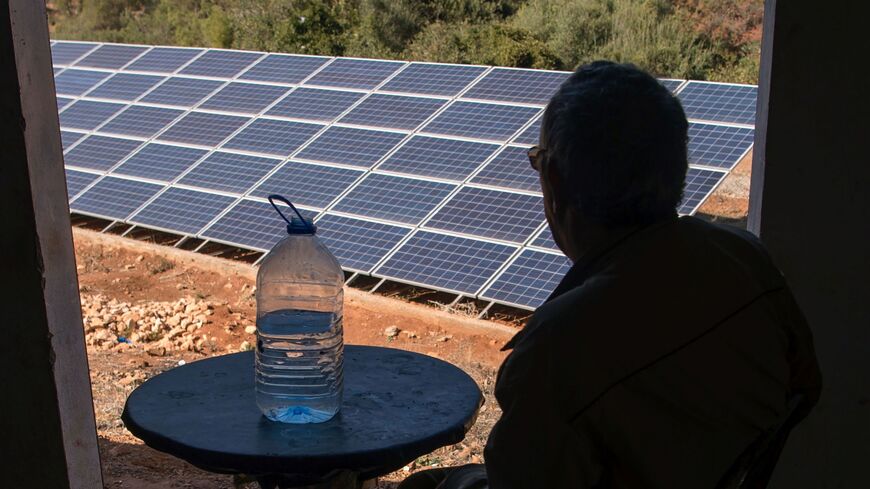 A Moroccan farmer sits in front of solar panels that power a water pump in Tafoughalt, a village deep in the mountains of Morocco's eastern Berkane province, on Oct. 31, 2016. - FADEL SENNA/AFP via Getty Images

The Dubai-based AMEA Power said yesterday they have been awarded the rights to build two solar plants in Morocco. Each plant will produce 36 megawatts of power, AMEA Power said in a press release.

One plant will be located in Taroudant, east of the coastal city Agadir, while the other will be in El Hajeb, south of the central city Fes, the official Emirates News Agency reported today.

AMEA works on renewable and thermal energy projects in the Middle East, Africa and Asia.

Why it matters: Morocco is heavily dependent on energy imports. As of 2019, the North African kingdom imported 90% of its energy needs. Its electricity was 31% derived from coal, 22% from hydroelectricity, 25% from fuel, 10% from gas, 10% from wind and 2% from solar, according to the US Department of Commerce.

The Moroccan government is exploring renewable energy sources to increase its self sufficiency. In 2009, it launched the National Energy Strategy, which is a regulatory framework for renewable energy projects. In late 2019, Morocco unveiled the village of Id Mjahdi, which is 100% powered by solar panels, the United Kingdom-based Oxford Business Group reported at the time.

The situation is particularly pressing as energy consumption rises about 3-5% each year in Morocco, according to the group.

Morocco has set a target of getting 52% of its energy from renewable sources such as solar and wind power by 2030.

Like other Gulf states, the United Arab Emirates has been slow to adapt renewable energy sources. The UAE is a major oil producer.

Know more: Morocco may soon cooperate with other countries on energy as well. In February, Israel’s NewMed Energy said it was planning to conduct energy exploration activities in Morocco. Morocco is also eyeing increased investment in Ethiopia once the Grand Ethiopian Renaissance Dam is complete.