While the industry is still in its infancy, the need to develop sustainable energy sources is becoming more pressing for the country. 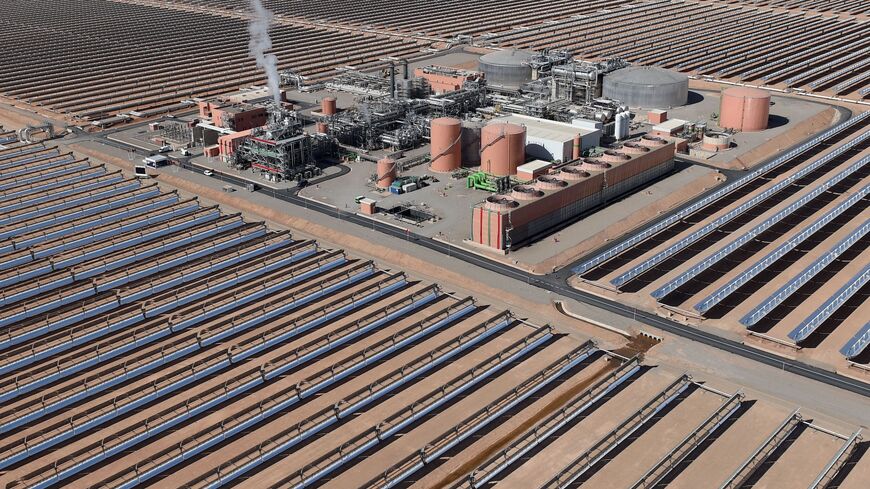 An aerial view of the solar mirrors at the Noor 1 Concentrated Solar Power (CSP) plant, some 20 kilometers (12.5 miles) outside the central Moroccan town of Ouarzazate, on Feb. 4, 2016. Noor 1 is one of the largest solar plants in the world, which is the first stage of a larger project designed to boost renewable energy production in Morocco. - FADEL SENNA/AFP via Getty Images 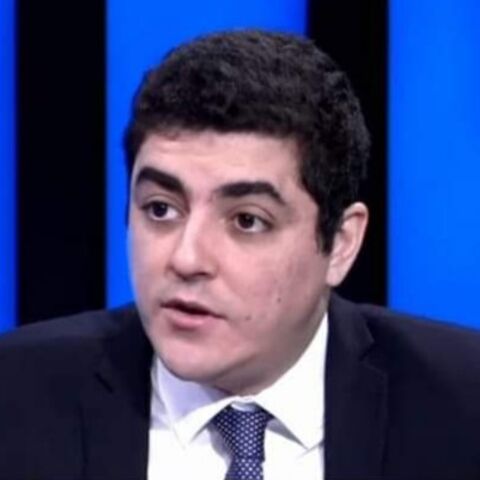 Morocco is considered a pioneer in the field of renewable energy both on the African continent and in the Middle East region. Therefore, it comes as no surprise to see the kingdom pursuing its investments in clean solutions such as green hydrogen.

Produced entirely from renewable energy, one of the main advantages of green hydrogen is that it is non-intermittent, providing a constant supply of energy to a variety of industries including transport, power generation and industrial plants, and once processed, it can be stored as hydrocarbons or liquid, which is very convenient, as storage remains a major issue for renewable energies.

According to a report published in January 2022 by the International Renewable Energy Agency (IRENA), Morocco ranks among the top five countries with the potential to produce competitive green hydrogen alongside the United States, Saudi Arabia, Australia and Chile.

In 2019, the Moroccan Ministry of Energy set up a National Hydrogen Commission, and a roadmap on green hydrogen ensued in 2021, according to which, the national demand for the resource and its derivatives is expected to reach 4TWh in 2030 and require 2GW in renewable energy sources — half of the kingdom’s already installed capacity. Export demand over the same period is estimated at 10TWh mobilizing a total investment of $10 billion by 2030 and $75 billion by 2050.

The roadmap also states that the establishment of a national hydrogen industry would in turn support local production of ammonia, a compound of nitrogen and hydrogen and a crucial ingredient in the production of phosphate-based fertilizers. Indeed, with 70% of the world’s phosphates deposits, Morocco ranks among the world’s top fertilizer producers and exporters. However, the industry has traditionally relied on imported ammonia to meet its needs. The prospects of local hydrogen production, and more importantly green hydrogen to produce green ammonia, therefore, come as welcome news for multiple industries.

Projects currently underway include Green H2 cluster, a 5 hectares R&D pilot platform dedicated to studying the potential of green ammonia in Morocco. Launched in 2021, the project is being led by the solar and new energy research institute (IRESEN) and the University Mohamed VI of Benguerir. The objective is to provide reliable technical and economic data that will help decide whether or not to go down the path of green hydrogen and green ammonia.

The pilot configuration includes an electrolysis system that consists of associating water with renewable electricity to produce green hydrogen. The project will assess whether Polymer electrolyte membrane (PEM) technology or Alkaline Water electrolysis (AWE)PEM/AWE technology is the most suitable. Both systems will be powered by renewable energy (Photovoltaic/wind). In a second step, the electrolysers will be connected to a Haber-Bosch system to produce green ammonia. Production is expected to start late 2023 and churn out 4 tons of green ammonia daily.

More recently, Moroccan phosphates and fertilizer producer OCP Group signed a partnership agreement on March 21 with Shell Energy — which operates one of the world's first green hydrogen production plants at the Shell Energy and Chemicals Park in Wesseling, Germany — and Mohammed VI Polytechnic University (UM6P) to develop another pilot project assessing the feasibility of its own large-scale integrated production facility of green hydrogen and low-carbon ammonia.

Admittedly, the industry is still in its infancy, but the need to develop sustainable energy sources is becoming more pressing for the country, especially in light of the ongoing Russia-Ukraine conflict, which has placed renewed emphasis globally on the subject of energy sufficiency.

Morocco has made some headway in the field of renewable energies since the launch of the Moroccan solar plan by King Mohammed VI in 2009. In 2022, renewables accounted for 4,400 MW of the country’s total installed electrical capacity of 11,130 MW, up from 3,685 MW at the beginning of 2020. However, these figures remain below the initial targets to reach 42% of installed energy capacity by 2020 and insufficient to meet its green hydrogen objectives. “To replace the 2 million tons of grey ammonia imported by Morocco every year, by green ammonia derived from green hydrogen, Morocco needs closer to 9MWH in renewable energy output,” Jeff Beyer, associate director at Zest Associates — a consulting firm based in Dubai specializing in low carbon solutions for governments, consultancies and private companies — told Al-Monitor. 9MW is equivalent to almost 90% of the whole electricity capacity of Morocco.

And that is not the only challenge facing the industry. There also remains the problem of water supply, a necessary ingredient for the production of green hydrogen by electrolysis. Morocco and North African countries are regularly ranked by the Intergovernmental Panel on Climate Change (IPCC), an intergovernmental body of the United Nations, as the most exposed to water scarcity due to climate change. That said, Morocco has 22 billion m3 of natural water resources, the most important surface freshwater reserves in North Africa, after Egypt, thanks to its dams and water catchment infrastructure. Moreover, the water resources dedicated to produce hydrogen are expected to be exclusively derived from desalination plants. “Morocco has 3500 kilometers of coastline, mainly bordering the Atlantic Ocean, and the cost of the desalinized water per kilogram of hydrogen does not exceed 1% of the total cost,” Samir Rachidi, R&D director of IRESEN, told Al-Monitor.

Beyer, for his part, says that “70% of the currently planned green hydrogen projects are in countries facing water stress, like Australia, Oman and Saudi Arabia, and the Moroccan government has already made clear that it won’t allow freshwater use for the purpose of green hydrogen production.” Equally important to take into account in this regard is the type of desalination process used and its carbon footprint. Many countries, including Morocco, are increasingly turning to desalination plants that use reverse osmosis process as they come with a lower carbon footprint compared to conventional thermal desalination.

by Ismail BELLAOUALI with Philippe AGRET in Rabat and Marie GIFFARD in Madrid | AFP | Jun 24, 2022
END_OF_DOCUMENT_TOKEN_TO_BE_REPLACED