Egypt’s main exports are related to oil and the non-oil sector has been hurt by the war in Ukraine. 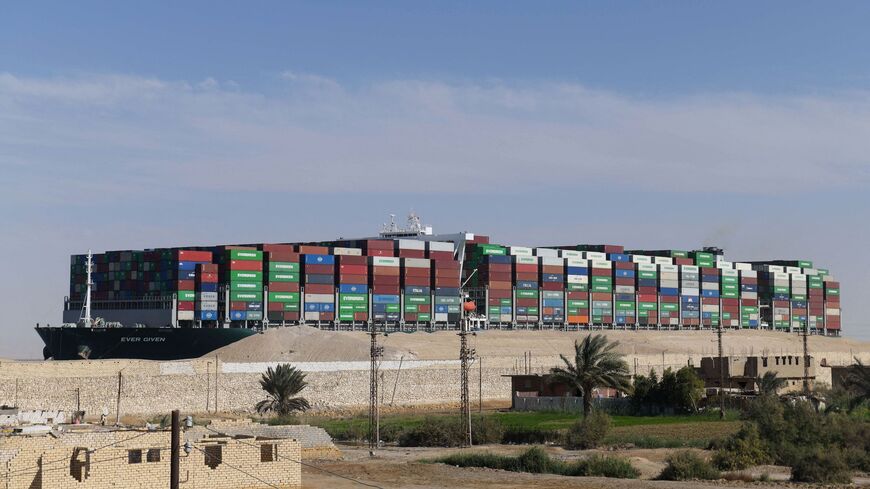 A picture taken on March 29, 2021, shows the Panama-flagged MV Ever Given container ship after being fully dislodged from the banks of the Suez Canal, Egypt. - AHMAD HASSAN/AFP via Getty Images

Rising exports in several sectors contributed to the increase. Exports of clothing rose 44%, building materials 35%, furniture 20%, medical products 19% and agricultural produce 10%, according to the ministry.

Why it matters:  Like other regional states, Egypt is heavily dependent on oil exports. Egypt’s top exports in 2020 were refined petroleum, gold and crude petroleum, according to the MIT-based Observatory of Economic Complexity.

Egypt also produces natural gas and wants to expand its petrochemical sector as well as seek investment in its energy industry, according to Oilprice.com.

The Egyptian government is currently seeking to diversify its energy sources by investing more in renewable energy, including solar power projects, per Australia’s Energy Technology Platform.

Egypt’s non-oil sector has been significantly impacted by the war in Ukraine, with orders going down and prices going up. Egypt’s wheat supply has perhaps been the most affected, as the country gets 80% of its wheat from Russia and Ukraine.