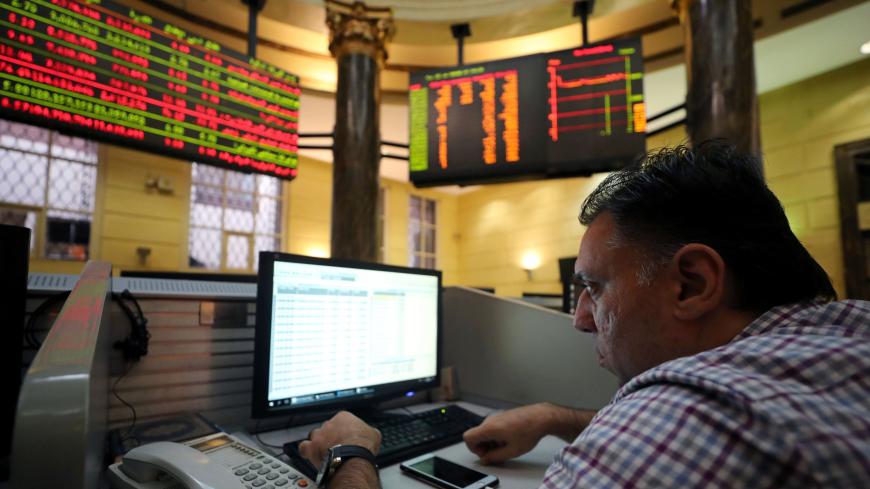 Egypt’s non-oil private sector index fell at its fastest rate in nearly three years in January, despite the banking sector flourishing and optimism over the future of the Egyptian pound.

According to a report published by the IHS Markit Egypt Purchasing Managers’ Index (PMI), this decline is the lowest in 34 months, as the sector's activity in Egypt decreased from 48.2 in December to 46.0 in January, indicating a strong decline in sales.

According to the PMI, this is the sixth consecutive month that non-oil business activity has declined, as it has expanded in just six months from the past 54 months.

This noticeable decline in numbers is due to the decrease in sales and exports, as customers have become more cautious about their expenses, as shown by IHS.

The IHS report also said that diminishing revenues have directly affected employment in the non-oil sector in Egypt. For the third month in a row, employment in the sector has witnessed a steady decline, the report said.

The report added that many companies chose not to replace these workers, as weaker sales reduced their requirements.

The companies involved in the report remained optimistic about the future of non-oil private sector activity in Egypt. A large proportion of the companies participating in the report expected production growth in the next 12 months, while some expressed concern that the current decline in activity will continue throughout 2020.

The PMI is a composite measure designed to give a single overview of operating conditions in the non-oil private sector economy.

Economists said that the decline is mainly because of the slowing purchasing power of the Egyptian pound and therefore citizens have started to reduce their purchases.

“It is a normal decline following the flotation of the Egyptian pound and the hikes in prices of several products and services,” Sherif el-Demerdash, professor of international economic relations at Cairo University, told Al-Monitor.

Demerdash said that even the employment rate would not see sustainable progress because the state is investing in seasonal sectors like construction and not in sustainable sectors like agriculture and industry.

“Increasing local production would significantly reduce the country’s imports and also give a push to Egypt’s exports. This will definitely have an effect on the purchasing power of the Egyptian pound and therefore reinvigorate the movement of buying and selling in the country,” he noted.

Demerdash added that the increase in interest rates has led to a drop in the private sector, because investors preferred to put their money in the banks and have an interest rate of 13%-14% instead of injecting their money in projects that would not yield the same revenues.

The drop in the non-oil private sector index comes as the banking sector is flourishing. On Jan. 23, Moody's, a global credit rating agency, gave the Egyptian banking sector a stable outlook due to the recovery of economic growth and the availability of cash liquidity.

The credit rating agency said in its latest report that the future view of the Egyptian banking system is stable over the next 12-18 months, with the support of abundant cash liquidity and economic expansion that will contribute to stimulating the growth of demand for loans, thus improving the business climate.

However, Ahmed el-Shami, an economist and professor of feasibility studies at Ain Shams University, expects an improvement in the private sector this year due to measures taken by the government in late 2019, by launching a number of initiatives to finance the industrial sector, faltering factories, real estate finance and tourism, as well as lower interest rates.

“The private sector is the compulsory bet of the government in 2020, not only to confront the shortage of resources and make the best use of them but also to make room without competition to attract foreign investment and create a competitive market,” Shami told Al-Monitor.

President Abdel Fattah al-Sisi stressed on more than one occasion that the state welcomes and encourages the private sector. He also called on the private sector to participate with the government in various projects and to take advantage of the infrastructure that it has implemented in recent years to advance their businesses, expansion and investment.