Egypt has intensified climate policy discussions with African countries ahead of COP27. 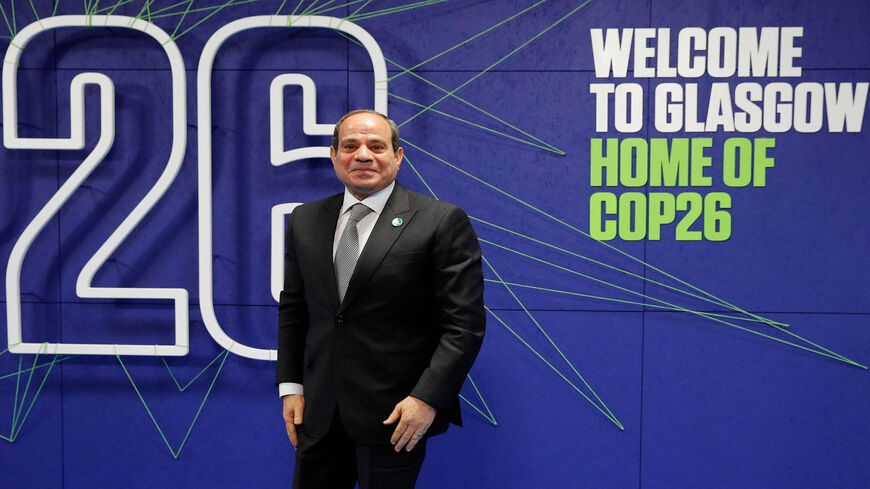 CAIRO — Egypt has recently intensified its discussions with African countries to determine the continent's needs ahead of the United Nations Climate Change Conference 2022 (COP27), which it will host in Sharm el-Sheikh in November.

According to an Egyptian presidency statement March 29, Sisi reiterated Egypt’s keenness to coordinate and mobilize the necessary support for the African countries to ensure their urgent adaptation to the negative economic and social effects of climate change in the short, medium and long terms. He also stressed the need to work with all parties on behalf of the African continent to ensure that COP27 produces balanced results that contribute to supporting international efforts to confront climate change, and enhance the ability of developing countries to adapt and access financing.

On March 26, Sisi had also received his Rwandan counterpart Paul Kagame. Speaking at a joint press conference following their meeting, the Egyptian president stressed his country's keenness to convey the aspirations of the African continent during the COP27, expressing his hope that this summit would produce tangible results that would achieve a qualitative leap for the African continent in the issue of climate change.

Within the framework of the Egyptian initiatives to be launched at the COP27, Egyptian Petroleum and Mineral Resources Minister Tarek el-Molla announced, during his participation at the International Energy Agency’s ministerial meeting held in Paris on March 23-24, that “an Egyptian initiative is being drawn up to develop the energy transition in Africa [the supply of energy from renewable sources] in cooperation with the AU and African energy ministers, to be launched during the upcoming summit.”

Richard Munang, coordinator for climate change issues in Africa at the UN Environment Program, told Al-Monitor, “The COP27 can be considered as an African climate summit, which is expected to build on what has been achieved during the COP26 in Glasgow.”

He said, “For African countries, a warming of more than 2 degrees Celsius would mean a loss of 5% of gross domestic product each year by 2030, further exacerbating the vulnerability of this region. It is thus critical to reach the limits of 1.5 degrees Celsius, and this will be emphasized during the COP27.”

In fact, 1.5 degrees Celsius is the minimum global temperature set by the Paris Climate Accords, which scientists have called for not to be exceeded in order to stave off the worst effects of climate change.

Munang stressed, “The COP27 must emphasize the need to increase funding for developing countries to address climate change, as the latest estimates show that there is a gap of $20 billion annually toward reaching pledges of $100 billion in annual climate financing, and even if those pledges are fully achieved $100 billion annually by 2025 will no longer be enough to meet the needs of developing countries.”

He added, “Africa is home to 17% of the world's population while it is responsible for less than 4% of global emissions, and emissions in the region are likely to peak at a later time. So a just transition [from this climate crisis] for Africa will require clean energy generation, and the COP27 needs to prioritize this.”

Ali el-Hefny, former Egyptian deputy foreign minister, told Al-Monitor, “Cairo is keen to create coordination with various African countries and institutions in preparation for the upcoming climate summit, in a manner that takes into account the interests of the entire continent.”

He said, “The COP27 and the needs of the African continent have become a top priority for Egypt during talks with leaders and officials, and this was clearly evident during the [officials] that Egypt received recently, whether at the presidential or ministerial level. During these meetings, Cairo strongly expressed its keenness to defend African interests in the climate change crisis, especially since Africa is the most affected continent although it contributes the least to climate pollution.”

Hefny pointed out, “We hope that Egypt will contribute to providing the necessary support from the major countries to help developing countries, particularly African ones, in adapting to climate changes. Cairo is keen to produce effective results during the COP27 because this success counts for the entire African continent.”

Saber Othman, climate change expert and former director of the climate change department at the Ministry of Environment, told Al-Monitor, “Egypt places the issue of financing climate change in Africa as a top priority in the COP27. But there are difficulties in providing this support at this time, especially in light of the economic crisis that the world is currently experiencing.”

He said, “African countries are the most affected by climate change due to the rise in the average temperature of the Earth, which threatens the low lying regions of the continent, and will lead to an increase in extreme weather events, such as storms, torrential rains, severe cold waves and forest fires.”