Egypt is expanding its implementation of green projects ahead of hosting the 2022 UN Climate Change Conference. 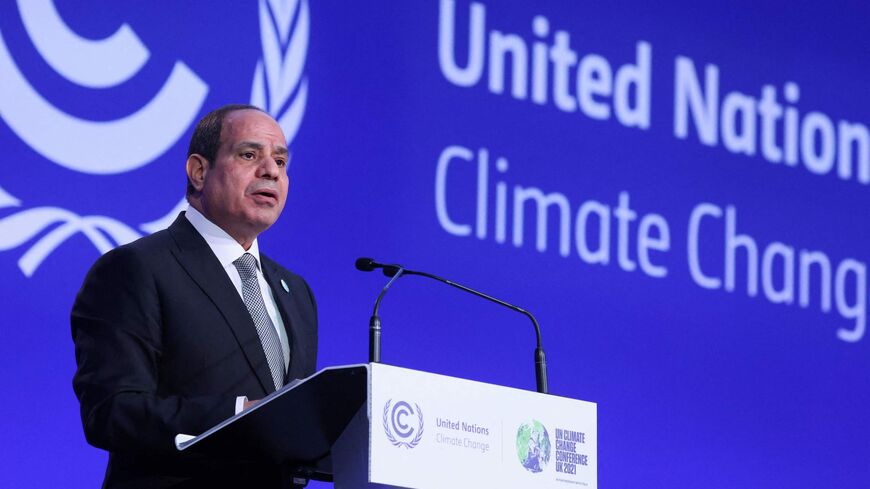 In a press statement on May 4, Molla explained that the three projects include a $600 million biofuel production plant with a production capacity of 350,000 tons of biofuels from algae oil per year, expected to cut CO2 emissions by up to 1.2 million tons annually.

The second project consists of a biodegradable plastic factory with a production capacity of 75,000 tons, with investments amounting to $600 million and an annual reduction of 45,000 tons of CO2 emissions.

The third project is a $50 million recycling project that would see used plastic converted into 30,000 tons of oil annually to make polyethylene, Molla said, adding that the project will cut CO2 emissions by 63,000 tons annually.

Egypt is currently intensifying its efforts in the energy sector as it gears up for hosting the Conference of Parties to the United Nations Framework Convention on Climate Change (COP 27), to be held in Sharm el-Sheikh in November this year.

In his press statements, Molla indicated that the petroleum sector in Egypt has developed policies and strategies to expand green energy projects and leverage the latest CO2 emissions reduction technologies ahead of the conference.

He said that the sector, in cooperation with its foreign partners, has implemented 13 projects to exploit flare gas in petroleum facilities as an alternative to diesel in 10 companies affiliated with the sector.

He noted that 88 projects have been completed to improve energy efficiency and shrink electricity consumption in 31 companies, in addition to installing and operating solar energy cells in 21 companies with a total capacity of 1,350 kilowatts. He indicated that the total amounts of CO2 emissions reduced from those projects amounted to about 1.3 million tons annually.

In this context, former Deputy Environment Minister Magdi Allam told Al-Monitor, “Any project that aims to protect ecosystems, such as air, soil and water, is an added value to the Egyptian economy. These projects aim to preserve the original natural resources and avoid harm to the environment. Organic agriculture, without the use of chemical fertilizers, is one of the means of achieving food security without environmental harm.”

He added, “These projects relieve pressure on resources and reduce waste of natural resources. The green economy does not seek to create obstacles for humans but aims to apply the correct methods to achieve production without pollution.”

Egypt had recently inked several agreements and memoranda of understanding with international companies and alliances to start producing green hydrogen in the Suez Canal economic zone.

Within the scope of its preparation for the COP27, Egypt held at the end of March discussions with a number of African countries to assess the continent’s needs.

Following a meeting with the Democratic Republic of Congo’s Deputy Prime Minister and Minister of Environment and Sustainable Development Eve Masudi in Cairo on March 29, Egyptian President Abdel Fattah al-Sisi reiterated Egypt’s keenness to coordinate and mobilize the necessary support for African countries to ensure their urgent adaptation to the negative economic and social effects of climate change in the short, medium and long terms.

Allam argued that by hosting the COP27, Egypt will position itself on the map of green countries that put climate change and environmental protection within the state's policies.

Allam recalled that Sisi had announced serious steps to apply a sustainable development model that aims for government-funded green projects to reach 50% by 2025 and 100% by 2030. “In line with this commitment, Egypt has started implementing serious steps to transform its activities into environmentally friendly activities, such as waste recycling, by tapping on eco-friendly technology in industry and relying on cars operating on gas and electricity instead of gasoline,” he said.

She added that most of the experiments conducted on the decomposition of plastic were only made in laboratories, away from the heat and humidity factors of the external environment. “The best alternatives for the production of this type of plastic are to reduce the use of ordinary plastic in daily life, recycle and sort waste, or even search for other alternatives,” she said.

Gerzawy said that putting an end to ​​free distribution of plastic bags or imposing fees on them will contribute to rationalizing their consumption. She indicated that this happened in Ireland, which reduced the consumption of plastic bags by 80% there. “More durable, non-plastic shopping bags can be used more than once. This will reduce the risk of this substance on the environment."