The Russian invastion of Ukraine has promted a shift away from emerging markets worldwide. 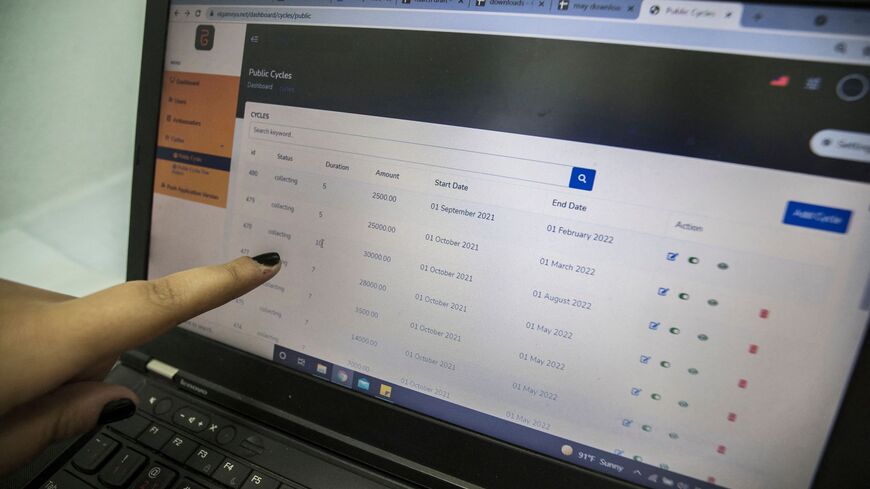 An employee at al-Gameya, a tech startup that runs an app to facilitate for strangers to create an informal money-pooling association, points to the application's online portal at the company offices in Egypts capital Cairo on Sept. 12, 2021. - KHALED DESOUKI/AFP via Getty Images

FAB said in a press release that the decision followed consideration of the "context of ongoing global market uncertainty and volatile macro-economic conditions.”

The release added, “Egypt remains a strategically important market for FAB, where the bank will continue to support its customers and employees and continue to invest in the growth of its well-established partnerships and operations in Egypt.”

In February, FAB offered to buy EFG Hermes’ shares in cash for a minimum 51% stake in the company.

Why it matters: The news is a blow to Egypt’s efforts to attract foreign capital. Foreign investors have been selling Egyptian assets this year in response to the US Federal Reserve raising interest rates and uncertainty surrounding the war in Ukraine. Egypt’s Central Bank devalued the pound last month in response to the situation.

The war in Ukraine has hurt the Egyptian economy in several ways. Output in the non-oil sector has also fallen, the credit rating agency S&P Global said in a report last week.

Egypt is also now banking on Israeli tourists to make up the lost revenue from Ukrainian and Russian visitors due to the war.

What’s next: A researcher told Reuters today that FAB may offer to buy EFG Hermes in the future with a different valuation.