Merger and acquisition activity rose dramatically in Egypt in 2021. 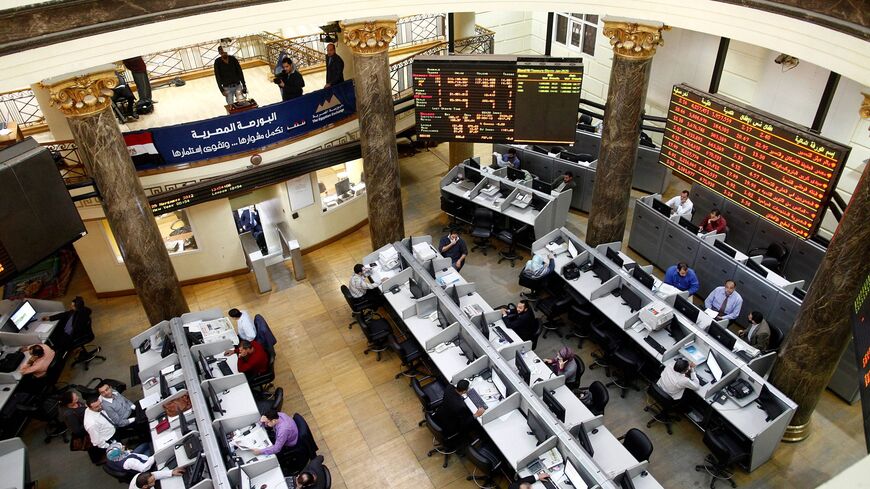 Stock market brokers gestures during trading at the Egyptian Stock Market on Nov. 25, 2012 in Cairo. - MAHMOUD KHALED/AFP via Getty Images

A major bank in the United Arab Emirates announced an offer today to buy an Egyptian investment bank.

First Abu Dhabi Bank (FAB) said they made a “non-binding offer” for a cash acquisition of a majority stake in EFG Hermes, which is publicly traded on the Egyptian stock exchange. The offer is for a minimum of 51 percent of EFG Hermes shares, pending regulatory approval from authorities in the UAE and Egypt. FAB is offering to pay for the shares in cash at a price of 19 Egyptian pounds ($1.20) per share. The final price will be set after the regulatory approval, the bank said in a press release.

First Abu Dhabi Bank is the largest bank in the UAE, with customers from all over the world. EFG Hermes is an investment bank and financial services corporation offering stock brokerage, asset management and other related services.

EFG Hermes is reportedly considering the offer, according to the Egyptian state-owned news outlet Al-Ahram. Its stock closed yesterday at 15.74 Egyptian pounds ($1) per share, meaning First Abu Dhabi Bank is offering more than the current price of the stock.

FAB said the offer is “in line with the bank’s long term strategic ambitions to become the reference institution for investment banking in the region.” The bank is already the biggest lender in the UAE and posted a record profit in 2021.

EFG Hermes is also a major bank in Egypt, and acquired a majority stake in the Egyptian state-owned Arab Investment Bank in 2021, according to Al-Ahram. In 2020, the bank ventured into Egypt’s fintech sector. EFG Hermes’ assets were valued at $3.2 billion as of Sept. 30, 2021, according to the release.

Merger and acquisition activity is on the rise in Egypt, going up 394 percent in 2021, per Al-Ahram.