Despite the regions' potential, the use of the internet for financial transactions is low in the Middle East and North Africa, according to a new World Bank report. 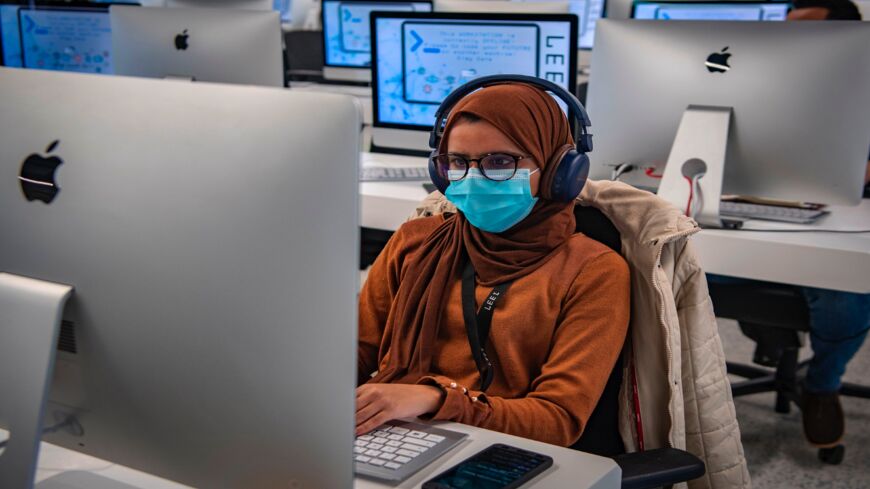 A student uses a computer in a lab room at the IT training center in Morocco's central city of Khouribga on Nov. 17, 2020. - FADEL SENNA/AFP via Getty Images

The World Bank released a report Wednesday on the digital economy of the Middle East and North Africa.

The authors of the report argued that the region is suffering from a “digital paradox.” The use of social media is relatively high in the Middle East and North Africa, considering the area’s gross domestic product. However, the use of the internet and digital tools to make payments is low, according to the DC-based financial institution.

The World Bank said the Middle East and North Africa have tremendous opportunity for growth in the digital sector.

“Given its relatively high coverage of digital technology infrastructure (especially mobile) and internet use for its income level, the region should be well on its way to achieving an advanced digital transformation — engaging in market transactions using internet and telecommunications applications that enable market interactions at a distance,” read the report.

At present, the Middle East and North Africa are on a “slow” trajectory toward economic digitalization. Part of the reason is a lack of trust in authorities and financial institutions, according to the bank.

"This report argues that a lack of societal trust in government and the financial system is hindering the wider adoption of digital payment tools,” they said.

Many entities in the Middle East and North Africa are working on broadening access to digital financial tools. The Dubai-based app Xare is working to allow workers in the Gulf to share their savings with relatives in Asia who do not have access to traditional banks, for example. Digital banking is also spreading in the region, as is digital art. Turkey’s financial technology sector is likewise growing. Cryptocurrency is also becoming more popular in many countries, including in Israel.

The World Bank is interested in facilitating the growth of the digital economy in the Middle East and North Africa. Last month, the bank reported that the Palestinian digital economy is benefitting from increased internet access in the West Bank and Gaza.