Water scarcity is so bad in parts of Yemen that it has led to displacement, a UN official said. 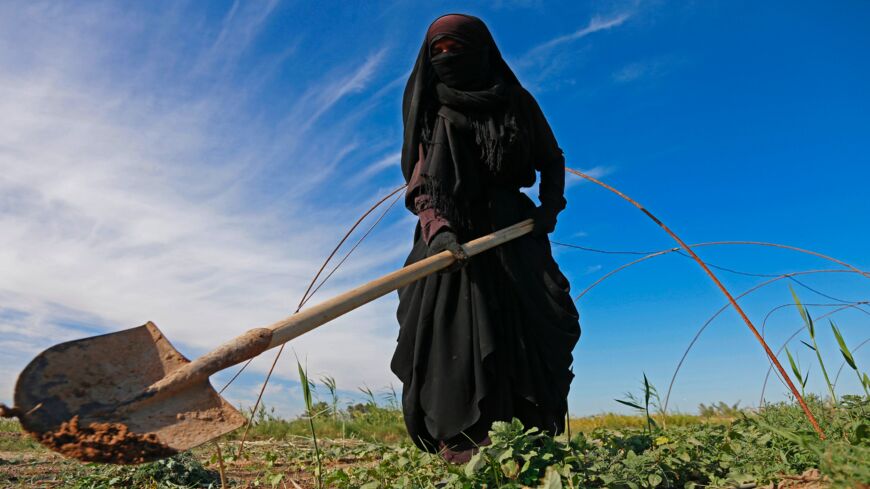 An Iraqi farmer digs with a shovel in a field in Diwaniyah, around 160 kilometers (100 miles) south of the capital, Baghdad, on April 2, 2018. Iraqi farmers have traditionally lived off their land with no need for wells, but a creeping drought now threatens agriculture. - HAIDAR HAMDANI/AFP via Getty Images

“Water scarcity is only going to get worse in this region,” said UNICEF’s regional climate change adviser, Chris Cormency, in a press release, citing the effects of climate change.

UNICEF noted several statistics to illustrate the degree of water scarcity in the region. They said "nearly half of the water is unaccounted for or lost in leakages” due to weak water systems that do not adequately preserve water being pumped.

An August 2021 report from UNICEF stated that the region’s groundwater began to be over-exploited to meet agricultural needs starting in the 1970s when motorized pumps were introduced. The problem has since been exacerbated by “inadequate governance arrangements, including weak water resource management policies and a lack of regulation,” according to the report.

Relatedly, agriculture on average takes up 70% of water use internationally, but in the Middle East and North Africa, this figure is 80%, according to UNICEF.

UNICEF added that 11 out of the 17 most water-stressed countries in the world are in the Middle East and North Africa.

Cormency also noted the relation of water scarcity to conflict zones in the region. He noted a group of families he met in a displaced persons camp in southern Yemen in January. He expected that the family had fled the violence raging in the country, but they actually left their hometown because of saltwater intrusion into their drinking water.