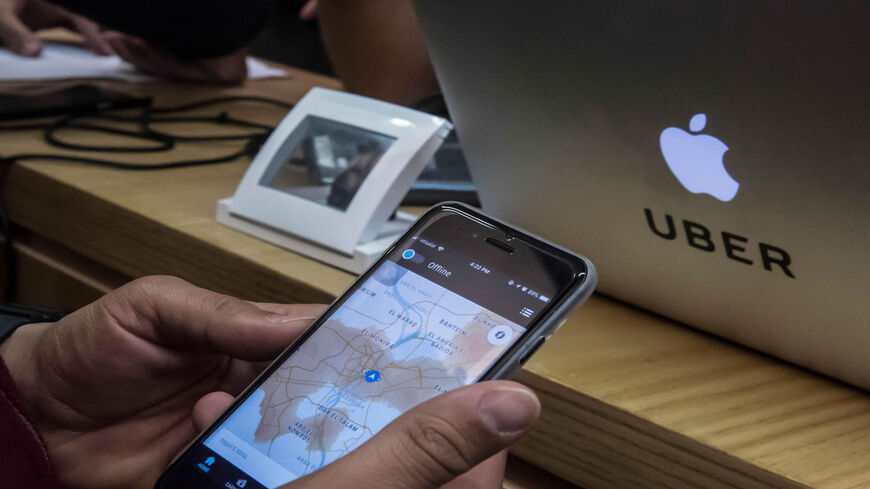 The bustling and vibrant streets of Cairo and other major cities in Egypt are becoming the scene of a subtle but increasingly lively competition that is contributing to a change in the transportation networks along the way: local and foreign ride-hailing platforms vying for a slice of the Arab world’s largest market for providers of mobility as a service.

Since its entry into Egypt in 2014, US-based Uber, which operates in 10 cities across the country in addition to Cairo, has maintained a long-standing market dominance. But the entry of new global ride-hailing companies since 2020 and the emergence of other alternatives have marked a turning point increasing competition and the range of possibilities.

“[These companies] significantly increase the mobility options for individuals, especially for the young who are not purchasing cars at the same rate as their parents. They no longer have to be restricted with fixed route transit systems,” Maged Dessouky, professor at the University of Southern California specializing in transportation systems, told Al-Monitor.

With a population of over 100 million and one of the fastest-growing demographics in the region, Egypt represents a lucrative market. According to a 2021 study by the market research and consulting company Grand View Research, viewed by Al-Monitor, Egypt’s ride-hailing services market was valued at $922 million in 2020 and is expected to grow at a compound annual rate of 15.8% until 2028. This increase will be mainly driven by its growing urban population, low vehicle ownership rate, inadequate public transport infrastructure and rising internet penetration and use of smartphones.

For years, Egypt’s ride-hailing market has been dominated by Uber, especially after it acquired in 2019 for $3.1 billion its main competitor in the Middle East — Careem — founded in 2012 in Dubai and since then a subsidiary of Uber operating as an independent brand. In 2021, Uber had 703,000 drivers in Egypt, and it operates in 11 cities, covering more than half of the country’s governorates, according to the company’s year in review.

As in many other countries, its beginnings in Egypt were somewhat tortuous. Both Uber and Careem were involved in several legal battles, mainly due to the fact that they were a new type of business, the strict rules for cabs in Egypt, opposition from taxi drivers, and the rights of drivers, riders and investors. Yet in mid-2018, the Egyptian parliament passed a law to regulate ride-hailing applications, and in 2019 the competition watchdog gave the go-ahead for Uber’s purchase of Careem, paving the way for its smooth ride in the country.

In 2017, Uber also invested $20 million in Egypt to establish its Center of Excellence, which is the company’s largest support hub in the Middle East and North Africa, and provides assistance to customers, riders and drivers in the region. In 2018, Uber decided to invest another $100 million in Egypt over five years to expand all its services in the country.

“Egypt is indeed extremely unique and a very important market to Uber globally. It is agile and one of the fastest growing markets for Uber, and it is becoming a tech and innovation hub with a fertile environment that accommodates new products,” Norhen Ali, Uber’s communications manager for the region, told Al-Monitor. “Since our launch in Egypt, we’ve provided access to more than 703,000 economic opportunities for drivers and facilitated convenient rides to more than 13 million customers,” she said.

Yet since the end of 2020, the picture has changed substantially. The entry into Egypt of new ride-hailing apps, such as US-based inDriver and China’s DiDi, and the emergence of local platforms that have taken over a share of the market, including car-sharing, have increased competition and options, mainly in Cairo but increasingly in other cities as well.

InDriver was the first outsider to take the plunge. Launched in September 2020 in Suez, and immediately after in Cairo, inDriver has introduced a novel system that allows riders and drivers to negotiate the ride’s price in advance, unlike Uber’s and Careem’s fixed bill. DiDi, which was founded in 2012, has some 600 million users worldwide and it entered the Egyptian market in September 2021. The company started operating in Alexandria and in recent months has expanded to Cairo, with initially very competitive fares.

“The launch in Cairo, a few months after we began our adventure in Alexandria, exceeded our most optimistic expectations and we are proud to be a relevant player in mobility in Egypt in just a few weeks,” said Felipe Contreras, Didi's Head of External Affairs Middle East and Africa, noting that it is, however, too early to share statistics.

He told Al-Monitor, “Egypt is a key market for technology companies and in particular those that are at the service of mobility. That is why DiDi began its journey in Egypt, as the first market in the region.”

During its pilot phase, inDriver opted not to charge fees, which substantially reduced the final price of rides compared to Uber and Careem and boosted its popularity, in a similar way to DiDi. The successful entry of both companies led Uber to announce Jan. 27 an 8.2% cut in its per-kilometer fees and a 6.6% cut in its per-minute fees.

“We believe Egypt is a fertile and friendly ground for DiDi’s powerful value proposition, which through its service with state-of-the-art technology seeks to demonstrate that users can have better journeys without paying more, and at the same time drivers can achieve better earnings,” Contreras noted.

“By providing low fares — which were most likely heavily discounted — these companies rapidly gained market share,” Dessouky added. “But fares have increased dramatically recently and it will most likely have an impact on demand. In addition, governments may increase regulation of these companies, since recent studies in the United States have shown they have increased congestion by over 20%.”

Ride-hailing platforms are also increasingly offering other cheaper services to their users. A case in point is the offer of motorbike rides, which are not only cheaper than car rides, but also make it possible to get around cities like Cairo much faster. Uber, Careem and inDriver all offer this option, as does the Egyptian company Halan. Launched in 2017, Halan has partnered with thousands of tuk-tuks, a popular means of transport in working-class neighborhoods, and motorbike drivers and it operates in more than 20 cities in Egypt.

Another popular option is the bus service, part of the car-sharing market. The Grand View Research study estimated that car-sharing had in 2020, with over 48%, the largest share in ride-hailing services in Egypt. It stated that the increasing traffic congestion in Egypt is pushing consumers to opt for the convenient car-sharing services that are offered at lesser cost. Both Uber and Careem offer this service in Egypt, but another prominent player is Swvl. Founded in Egypt in 2017, Swvl runs fixed intra-urban and inter-urban bus routes, and it makes more than 100,000 bookings every day, said Youssef Salem, Swvl’s chief financial officer.

“We are in the business of solving mass transit problems, and the vast majority of the population is looking for a reliable, convenient and at the same time affordable solution,” Salem told Al-Monitor. “Most forms of private transport — whether owning your car, ride-hailing or a cab — are largely unaffordable for the vast majority of the population. And hence being able to have an alternative that is substantially cheaper and hence is much more widely affordable while at the same time being able to have reliability in the convenience of the offering is very attractive to a very wide base of the population,” he noted.