A lawsuit calling for the suspension of Uber and Careem in Egypt continues to be delayed as efforts to accommodate the two companies alongside regular taxis progress. 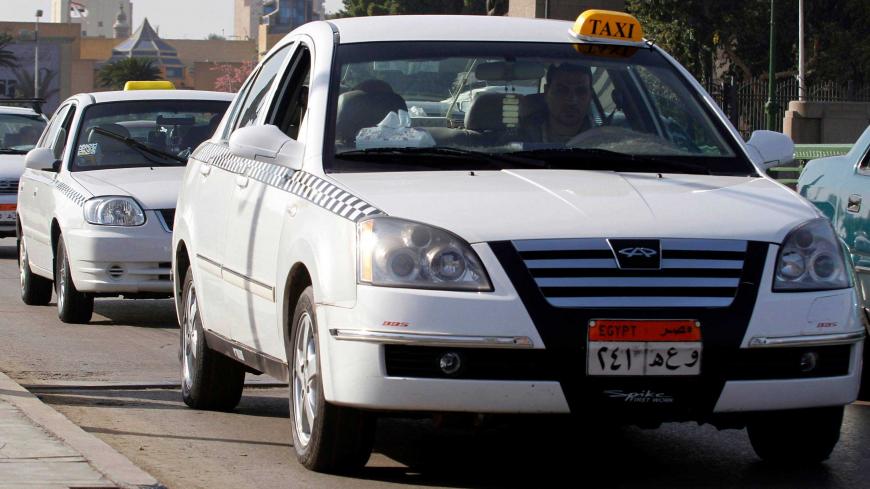 CAIRO — On Jan. 16, the Egyptian Administrative Court again postponed examination of a lawsuit filed by Egyptian taxi drivers demanding that the government suspend the Uber and Careem ride services. The court set a new hearing date of Feb. 27. The suit was filed a year ago, on Feb. 13, 2017.

The two transportation network companies (TNCs) offer transport by pairing riders with drivers via a mobile application. Uber and Careem launched in Egypt in 2014, and both have continued to operate through the delayed hearings — now at six — easing their way into Egyptians' daily routines. In 2017, Careem had 3 million registered users in the country, and Uber catered to 1.7 million people per month.

Taxi drivers filed a suit against the TNCs for unfair competition. The companies allow owners of private vehicles to operate as taxis, but the drivers skirt the requirements that taxi drivers must meet: fees for car inspections (which are more stringent for commercial vehicles), insurance (which is optional for personal-use vehicles), driver's license renewals (on a different schedule than for regular drivers) and business taxes.

This situation led taxi drivers to organize protests calling for the suspension of Uber and Careem. The first demonstration took place Feb. 2, 2016, in Mustafa Mahmoud Square, in Giza governorate. Protests soon spread to every governorate where Uber and Careem operate, including in Alexandria, Gharbia and Dakahlia.

The head of the White Taxi Syndicate, Alaa Mohamed, complained to Al-Monitor, “Why don’t Uber and Careem drivers pay taxes and insurance and license renewal fees like us? When their work is regulated, they will be required to pay the expenses, taxes and fees. In this case, white taxis will become a cheaper option for the customer.”

Hosni al-Sayyid, an attorney licensed to argue before the Court of Cassation and the Supreme Constitutional Court, told Al-Monitor, “There is no crime or punishment in the absence of a law. The Egyptian Traffic Law specifies conditions for the licensing of any car to be used commercially in transporting passengers, such as passing an annual car inspection, obtaining a certain amount of insurance, and paying the state a part of profits as taxes.”

On Uber and Careem, Mahmoud Kbeish, dean of the Faculty of Law at Cairo University, said, “These companies are violating [traffic law] conditions, but harsh punishment is not the only solution. The Egyptian legal system needs to be adjusted in line with internet technology and smartphone applications in several areas, most notably transportation.”

According to Kbeish, the solution is to amend the traffic law to regularize ride-hailing companies, which, as indicated by Uber and Careem's ridership numbers, have become quite popular and provide good service.

In August 2016, the government formed a committee of representatives from the ministries of transport, trade, investment and interior to discuss a draft law on TNCs in a bid to regulate their work. Representatives of the two companies in Egypt, of course, lobbied against such a move.

During a committee meeting in August 2016, Rana Qartan, Uber’s representative, said, “The new law prevents Uber and Careem from maintaining the same level of services because it compels them to license a specific number of cars. This will decrease the number of cars and affect service.”

Qartan also noted that Uber and Careem have provided part-time job opportunities for Egyptian youths wishing to improve their income by allowing them to work as drivers for a few hours a day. She indicated that the proposed law would force the company to dispense with these part-time drivers and to keep only those who can work full days.

No news was reported on any changes being made to the draft law after Uber and Careem voiced their objections to the ministerial committee. In fact, last November, the government approved the draft law organizing transportation network companies and referred it to parliament for discussion and a vote.

Speaking to Al-Monitor about the bill, Inas Abdul Halim, a member of parliament in the Free Egyptians Party, said, “Parliament is keen on finalizing the discussion of the draft law and its promulgation at the earliest opportunity, because we know the importance of these two companies for the Egyptian citizen. A clear law will attract similar investments to the Egyptian market, which helps to improve the income of young people and provides employment opportunities. Discussions will be held in parliament with the representatives of the two companies in order to consider all views.”

Abdul Latif Waked, Uber's general manager in Egypt, told Al-Monitor that the company is not against a law regulating its work in Egypt, since this is happening in all the countries where Uber operates. He did assert, however, that he is opposed to any law that could affect Uber's level of service.

“Imposing taxes and expenses on drivers and raising the transportation tariff to cover these expenses will not drive away TNCs' Egyptian customers,” Waked declared. He added that Egyptians are not using carpooling services and applications just because of price competitiveness, but because they provide a safe and professional service. “These companies offer things not provided by traditional taxi drivers,” he emphasized.

It seems that regulating the use of internet technology and smartphones in the area of transport will not be so easy for the Egyptian government, which appears to be struggling to regularize TNCs while allowing them to keep their particular characteristics and advantages.

by Murielle KASPRZAK and Joseph SCHMID | AFP | May 26, 2022
END_OF_DOCUMENT_TOKEN_TO_BE_REPLACED