The UAE is still reliant on oil and gas, though nuclear energy is rising in the country and across the region. 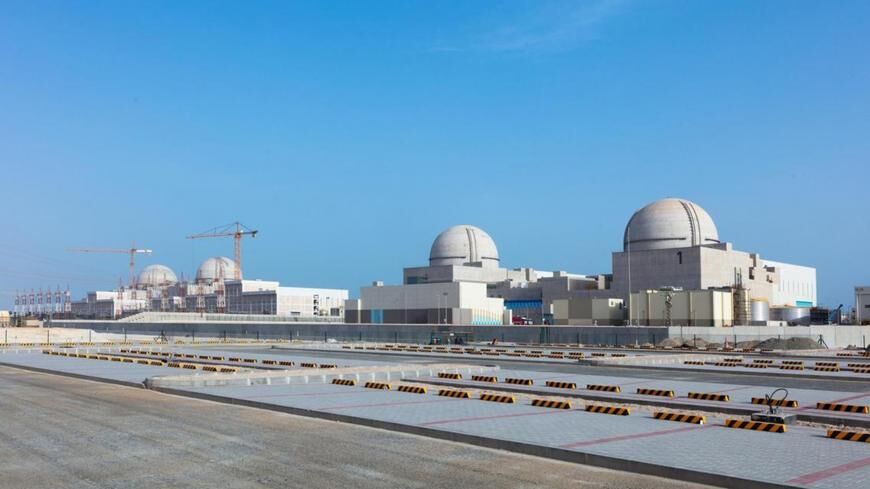 The Barakah nuclear plant, seen here in Ruwais, Abu Dhabi, in a photo posted on Feb. 18, 2020, will — along with three other reactors scheduled to come online — be able to provide up to 25% of the UAE's energy needs. -

The Emirates Nuclear Energy Corporation said that Unit 2 of the Barakah Nuclear Energy Plant is now operational, providing 1,400 megawatts to the UAE’s national grid. This brings the total electricity produced by the nuclear power facility to 2,800 megawatts, the official Emirates News Agency reported.

Why it matters: In 2020, the UAE became the first country in the Arab world to operate a nuclear power plant. The move is part of the UAE’s efforts to diversify its economy and rely less on foreign oil sales for government revenue.

In December, the head of the International Atomic Energy Agency visited the UAE to discuss cooperation with energy officials. He praised the peaceful purposes of the UAE’s nuclear energy program at the time.

Though nuclear energy is on the rise, the majority of the energy produced in the UAE is still oil and gas.

The UAE is exploring other renewable energy alternatives as well. Earlier this month, a group of Emirati and Israeli companies signed an agreement to explore the production of clean hydrogen, Al-Monitor reported.

Several other countries in the region have nuclear capabilities or are pursuing them. Construction on the Akkuyu nuclear power plant in Turkey began in 2018. Egypt is currently planning to build the El-Dabaa nuclear power plant. Saudi Arabia is considering developing nuclear energy, though nothing has come to fruition. Last year, Jordan declared its first uranium plant operational. Israel is widely believed to possess a large stockpile of nuclear weapons, though the Israeli government has never confirmed this. Iran has nuclear energy capabilities, and international negotiations on its nuclear program are ongoing.

What's next: The UAE predicts that the Barakah plant will produce 85% of the Gulf state's clean electricity by 2025, according to the Emirates News Agency. The UAE has a target of net zero carbon emissions by 2050.