More on the Ukraine War from Israel, Russia, Lebanon and Gaza; Nile Dam crisis escalates … all in less than 1,100 words. 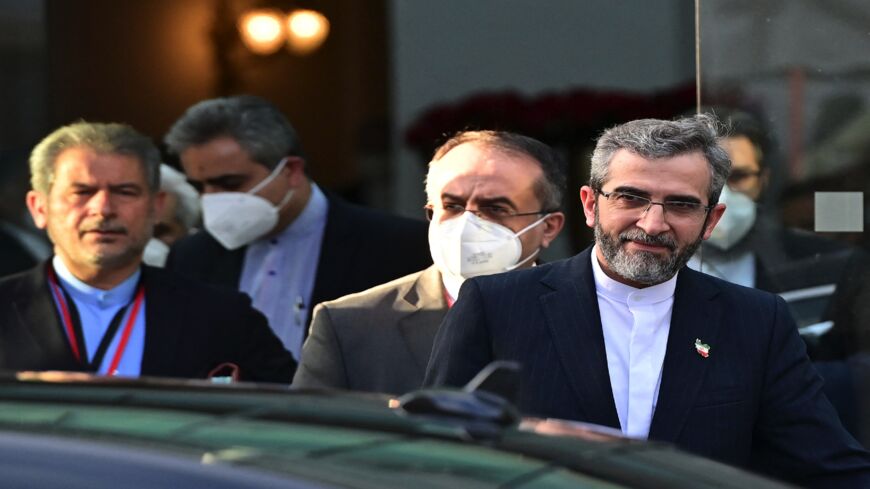 The buzz in Vienna is that an agreement to restore the Joint Comprehensive Plan of Action (JCPOA), or Iran nuclear deal, should get done this week — or it probably won’t get done at all.

Iranian official: No connection between Vienna talks and the Ukraine crisis

The connection may be in the energy market with oil over $110 per barrel and natural gas prices hitting a new high in Europe. If there is an agreement in Vienna, Iran’s energy sector — in dire need of investment — would be open for business at a time the West is seeking to mitigate energy disruptions from the Ukraine conflict and sanctions on Russia.

Israeli officials are torn over whether to join the United States in sanctioning Russia’s oligarchs, many of whom are Jewish or hold Israeli citizenship.

Ben Caspit writes that “the oligarchs are the latest twist in the dilemmas with which the Russian invasion of Ukraine are confronting Israel, as it seeks to balance a host of competing interests.”

Those interests include a close relationship with Ukraine’s Jewish president, Volodymyr Zelenskyy, security cooperation with Moscow and Israel’s large Russia- and Ukraine-born population.

As Russia’s international isolation grows, the country is seeking support in the Arab world.

Kirill Semenov notes that Pakistani Prime Minister Imran Khan paid a visit to Moscow on the eve of the Ukraine invasion. Days earlier, Azerbaijani President Ilham Aliyev arrived in the Russian capital for talks with his Russian counterpart, Vladimir Putin. The United Arab Emirates joined China and India in abstaining from a UN resolution condemning the invasion. But whether Russia can count on NATO member Turkey’s support is a bit more complicated.

As the crisis in Ukraine threatens the world’s gas supply, the Gulf’s oil and gas producers could serve as a source of energy stability for Europe, writes Karen Young.

The West hasn’t yet targeted Russia’s oil sector with sanctions, but major oil companies are distancing themselves from Russian gas giant Gazprom.

Saudi Arabia and the United Arab Emirates “will determine how global oil markets can sustain a dip in Russian oil deliveries in an already very tight market,” Young writes, adding that the two oil-rich countries might seek to gain market share from Russia.

Concerns are growing in Middle East countries that depend on Ukraine for their wheat needs.

Wheat supplies are also dwindling in the impoverished Gaza Strip. Hadeel Al Gherbawi reports that Gazan authorities are urging merchants not to panic and threatening prosecution for those who raise prices.

International efforts to resolve the longstanding dispute between Egypt, Sudan and Ethiopia over Addis Ababa's controversial hydroelectric dam could fall to the backburner as the world’s attention is focused on Ukraine, writes Mohamed Saied.

Russia’s invasion came days after Ethiopia announced the partial start of electricity production from its Grand Ethiopian Renaissance Dam (GERD), which its downstream neighbors consider a threat to their water supply. As Ukraine’s conflict rages, the Atlantic Council’s Paul Sullivan tells Saied it “will be difficult to get the powers involved with this to focus back on the Nile issues.”

Listen: Ben Caspit and former Israeli diplomat Yaki Dayan discuss whether Israel has a role to play in mediating the Ukraine-Russia conflict.

Watch: Look out for our video this week on the Yazidi Survivor's Law. The Iraqi legislation was passed one year ago this week, but as Joe Snell reports, little has changed in the way of support for these survivors of the Islamic State genocide.

Listen: Check back here tomorrow for Andrew Parasiliti’s conversation with Russia specialist Sam Charap of the RAND Corporation about what to expect next in Russia’s war with Ukraine, and what it means for the Iran nuclear deal and the Middle East.