Videos of Turkey-backed Free Syrian Army leaders and members showing off their luxurious lifestyle have sparked controversy in the opposition-held areas in northwestern Syria, where inhabitants live in poverty. 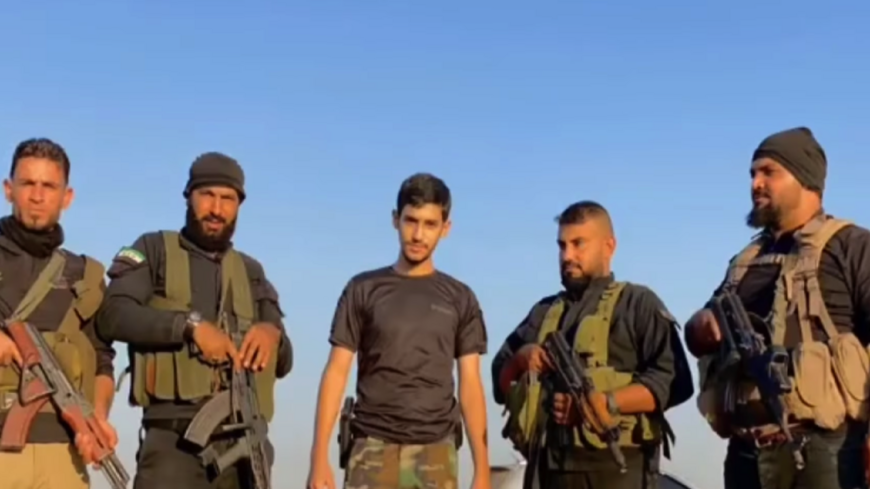 ALEPPO — Social media users in the countryside of Aleppo have recently circulated videos in which Walid Khweilid, the son of a Turkish-backed Free Syrian Army (FSA) commander, shows off his luxurious lifestyle. The videos feature him surrounded by bodyguards at his horse farms with various weapons and expensive cars.

Walid, the son of Adnan Khweilid (known as Abu Walid al-Izza), a commander in the FSA-affiliated Jaysh al-Izza (The Army of Glory), sparked anger among inhabitants of the poor areas under the control of the Syrian opposition in northwestern Syria.

Critics believe that Walid is imitating the symbols of the Syrian regime and the actions of the regime’s members showing off their expensive taste on social media.

This is not the first time FSA leaders and their sons provocatively show off their luxurious lifestyles and abuse of power among civilians and on social media. Back in September 2019, videos of Mohammed al-Jassem, also known as Abu Amsha, a commander of the FSA-affiliated Sultan Suleiman Shah Division, touched off controversy. He was seen driving a luxury car accompanied by a convoy of modern cars during a visit to a checkpoint set up by his division in Afrin.

In March 2021, Abu Amsha donated relief items to the poor in Cameroon as northwestern Syria suffered from deteriorating living conditions.

Another video Abu Amsha released in July 2021 raised further condemnation. This video featured one of his bodyguards wiping Abu Amsha’s sweat with a tissue at the graduation ceremony of his faction’s members. On Dec. 31, 2021, a march in support of Abu Amsha, who was being investigated for violations against the residents, was held in Afrin. It included a convoy of dozens of cars as songs praising him were played.

An FSA military official speaking on the condition of anonymity told Al-Monitor, “The daily practices of some of the FSA leaders show that they are completely detached from reality and do not care about the people who suffer from poverty and are denied the most basic necessities of life in the displacement camps. These corrupt leaders have built empires and private kingdoms. They took advantage of people’s suffering, and their only concern is to use their military and security positions for money. They brazenly brag about their cars and display them in front of people and on social media.”

He added, “Some of the largest military factions in the FSA continue to make efforts to fight this phenomenon, but they haven't succeeded yet.”

Muhammad al-Sukari, a researcher on Syrian affairs based in Gaziantep, Turkey, told Al-Monitor, “Establishing a military institution that has a different line than that of the regime yet has the same behavior will not bring good results. There is indeed chaos and a lot of corruption within many of the military opposition factions.”

Sukkari believes that many opposition leaders in the opposition areas are imitating the actions of war criminals. Some of them are also trying to replicate the military experience of the Baath Party in the opposition areas, according to him. These attempts may succeed in areas with lax security. The problem, however, is not dealing with this phenomenon firmly in the absence of adequate tools and initiatives to fight corruption and investigate corrupt figures in the opposition factions, he said.

In the absence of accountability, he added, chaos will prevail and have grave repercussions that will affect the battlefronts — namely in the opposition areas. It seems that some opposition forces and leaders are still attached to the Assad culture and can’t let go, which is also evident in the way they deal with the people, he said.

Meanwhile, people in opposition-held areas in northwest Syria are beginning to lose trust in FSA leaders who show off their luxurious lives, as they have taken advantage of years in their positions to collect large amounts of money at a time when others live in abject poverty.