Turkish-backed Syrian opposition factions have reportedly received instructions to deploy in Idlib soon, amid reports that a merger with Hayat Tahrir al-Sham is imminent. 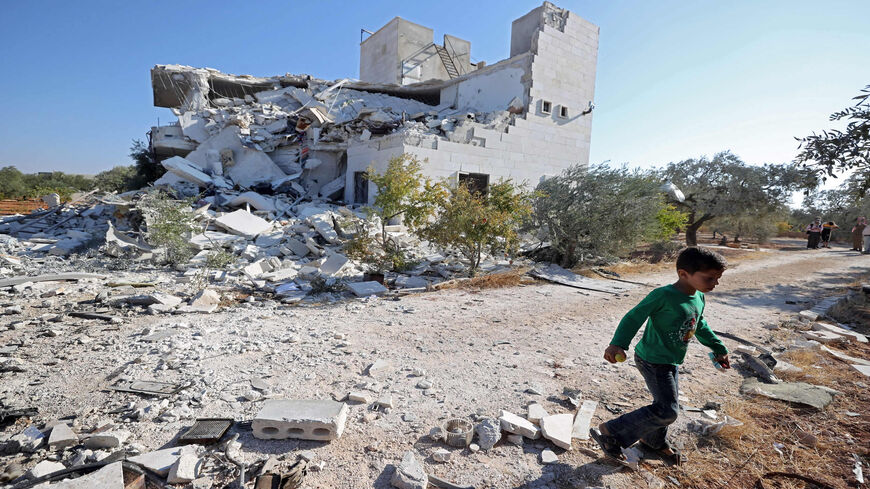 Syrian opposition media sources are reporting that the Syrian National Army (SNA) affiliated with the Turkish-backed Free Syrian Army (FSA) will be widely deployed in the city of Idlib, in northwestern Syria, which is under the control of Hayat Tahrir al-Sham (HTS).

Enab Baladi website quoted an SNA leader as saying that they have received information that the SNA will deploy in Idlib.

Another commander of an SNA-affiliated group confirmed the information to Enab Baladi.

The information comes amid reports that had been circulating for months about the possibility of a merger between the SNA and HTS.

According to the website, the two leaders did not specify when the deployment would take place. But they said that following the Sept. 29 meeting between the Russian and Turkish presidents in Sochi, the deployment became a “plan on the table.”

On the other hand, a media source in Idlib told Al-Monitor that the SNA has been in Idlib for years but that this presence has recently increased.

According to the source, the SNA has established small headquarters in the city of Idlib, and there are FSA factions positioned on the frontlines with government forces across Idlib.

The source said, “HTS has recently allowed [opposition factions] to hoist the flag of the revolution across Idlib. At the same time, it [HTS] has not completely removed its own flag in order not to lose its supporters and members — yet still it [HTS] has reduced the spread of its flags across Idlib in general.”

The source added, “HTS is unofficially present in areas under the control of the SNA factions [in the northern and eastern countrysides of Aleppo], with HTS members operating in those areas without publicly announcing their affiliation [to HTS].”

Several reports have recently circulated about a thaw in relations between HTS and the Syrian opposition factions as the two sides have exchanged friendly statements that may point to an imminent rapprochement between them.

Mohammed al-Jassem, also known as “Abu Amsha,” commander of the SNA-affiliated Sultan Suleiman Shah Division, said in an interview with Al-Quds Al-Arabi newspaper Sept. 7 that he was ready to reach an understanding with HTS.

“We don’t have problems with HTS, but at the same time we do not have ties with it. But there is no denying that HTS has done a lot in the fight against the regime. They are the sons of this country, and they successfully repelled the regime’s attacks. We are ready to reach an understanding with them, as we support the complete integration of the opposition areas, including with HTS, which has now changed for the better,” Jassem said.

He added, “We also support the political and military unification of the opposition, and we are ready to fight alongside HTS in the event that the regime attacks the Idlib areas, but only with the approval of the SNA leadership.”

HTS leader Abu Mohammed al-Golani had stated in August that he did not mind merging with the SNA and forming a single administration for the two areas controlled by HTS and the SNA. He stressed the need for the areas under the control of the SNA factions in northwestern Syria to have a single authority with unified institutions and a single administration, and expressed his willingness to cooperate and achieve integration with the SNA factions.

In this vein, an HTS leader told Al-Monitor on condition of anonymity, “HTS is getting closer to the SNA factions, and there is high-level coordination between the two parties in all military and security fields. We also share with the SNA factions in Idlib one operations room, which is Al-Fateh Al-Mubin.”

He noted, “There is also security coordination between the two parties when it comes to arresting those behind robberies and drug smuggling operations in Idlib, and we were able to arrest a number of criminals. We hope this coordination will further develop, and we want there to be unity and integration across the opposition."

SNA leader in Idlib Abdul Salam Abdul Razzaq told Al-Monitor, “The SNA is indeed deployed on the Idlib fronts and has its own headquarters there. And Russia’s claims that only HTS is present in Idlib are false pretexts used to pressure Turkey and [to launch attacks against Idlib to eliminate HTS].”

He said, “In most of the past battles with the regime, HTS and SNA factions cooperated through the joint operations room known as Al-Fateh Al-Mubin, which brought together the fighting factions in northwestern Syria, regardless of their locations in Idlib or northern Aleppo.”

Abdul Razzaq added, “But a merger between HTS and the SNA needs time and will, and it has been a revolutionary and patriotic demand for years. But the SNA components have not been able to fully integrate with each other, even though they have recently taken several steps in this direction,” in reference to the formation of the Azm Operations Room and the Syrian Liberation Front.

Muhammad al-Sukkari, a Turkey-based researcher in Syrian affairs, told Al-Monitor, “The Turkish efforts to unify the Syrian opposition factions have not stopped. But Ankara’s endeavors to separate between the moderate and radical opposition factions that fought the regime [in northern Syria] are still witnessing great complexity, since HTS is still designated [internationally] as a terror organization.”

Sukkari believes that Ankara has somewhat succeeded in the past two years in pushing HTS to change its policies and adopt a more moderate approach when it comes to the Syrian file and its administration of the areas it controls. But, he said, more needs to be done so that the group is removed from global terror lists.

Sukkari noted, “Turkey established a military council and the National Front for Liberation in the FSA-held areas in an attempt to encourage HTS to do the same in its areas of control, to remove any Russian pretext about the presence of terrorism in Idlib.”

He said that the SNA can merge with HTS in the city of Idlib. But this mainly depends on Turkey’s ability to place more pressure on HTS to move toward moderation, although this tactic would require a great deal of time, he added.

Sukkari said there is another scenario that would see the deployment of SNA factions in Idlib, and this would be in the event the Syrian government and Russia launch a military offensive in Idlib. 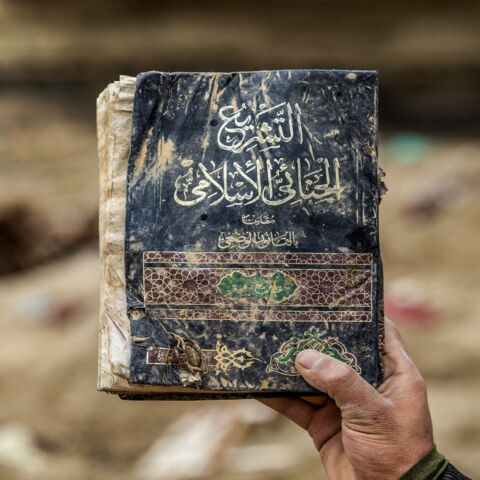