Sudan remains open to naval base deal with Russia

A top Sudanese general's weeklong visit to Moscow has raised the stakes for US officials pushing for democracy in Khartoum. 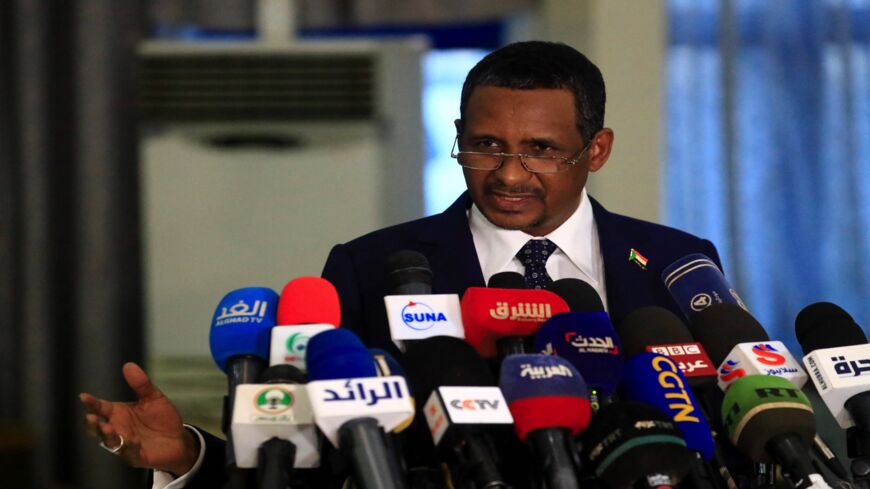 Sudan's military leader, Mohamed Hamdan Dagalo (Hemedti), gives a press conference upon his return from the Russian capital, Moscow, at the airport in Khartoum, March 2, 2022. - ASHRAF SHAZLY/AFP via Getty Images

Following a weeklong visit to Moscow last week, the deputy head of Sudan’s military junta said that Khartoum remains open to the possibility of moving forward with a paused deal to allow Russia to establish a naval base on the Red Sea.

Gen. Mohammed Hamdan Dagalo (better known as Hemedti) also said Wednesday that he has no objection if Russia or any other country wants to open a base on Sudanese territory.

“We have 730 kilometers along the Red Sea. If any country wants to open a base and it is in our interests and doesn't threaten our national security, we have no problem in dealing with anyone, Russian or otherwise,” Reuters quoted him as saying.

The Context: The Sudanese general’s comments come after he discussed expanding his government’s political, economic and security ties during his trip to the Russian capital last week.

Following a meeting with Russia’s deputy defense chief, Hemedti was quoted as saying Sudan boasts “enormous potential which present great opportunity for Russian investments in order to achieve mutual benefits for both countries.”

“Hemedti is starting a bidding war,” tweeted Cameron Hudson, a former top aide to the US envoy to Sudan who now serves as a fellow at the Atlantic Council.

The original basing deal — signed in 2017 under the deposed Omar al-Bashir government — would allow Russia’s navy to establish a 25-year lease on a site at Port Sudan. The arrangement was put on hold last June by the joint civilian-military transitional government in Khartoum, which came to power following Bashir’s overthrow in a nationwide pro-democracy uprising in 2019.

But the joint civilian-military transitional government was deposed by top Sudanese generals last October, leading the United States and other international institutions to freeze billions in economic aid to Khartoum.

Why It Matters: Hemedti’s eight-day visit to Moscow has American officials concerned about the junta’s increasing ties with Moscow, as the two adversaries face their bitterest divide in decades over Russia's invasion of Ukraine.

The head of all US forces in Africa, Gen. Stephen Townsend, suggested last month that he believed Moscow may have had a tacit connection to the Oct. 25 coup.

Townsend has spearheaded a policy of offering US counterterrorism support and training to governments in Africa to draw them closer into Washington’s orbit amid strategic competition with Russia and China.

Last year, the top general told lawmakers the Port Sudan base was among his list of strategic concerns on the continent, along with Russia’s foothold in Libya and China’s base in Djibouti.

What’s Next: Since the coup, the Biden administration has demanded the reinstatement of a civilian-led government in Sudan while exploring options on potential sanctions for top Sudanese military and police officials.

Washington has held off on sanctions so far, but officials have arranged for much of the $700 million in US financial aid withheld from Khartoum to be redirected to support Sudanese civil society groups, pro-democracy activist committees and the UN-led political dialogue process instead, according to one official familiar with the matter.

The junta’s flirtation with Russia raises the stakes as officials led by the State Department’s director for Africa policy, Molly Phee, seek to build on Washington’s partnership with Khartoum on counterterrorism initiatives.