Saudi Arabia has grand plans for the city, but the endeavor’s land use and sustainability plans have faced pushback. 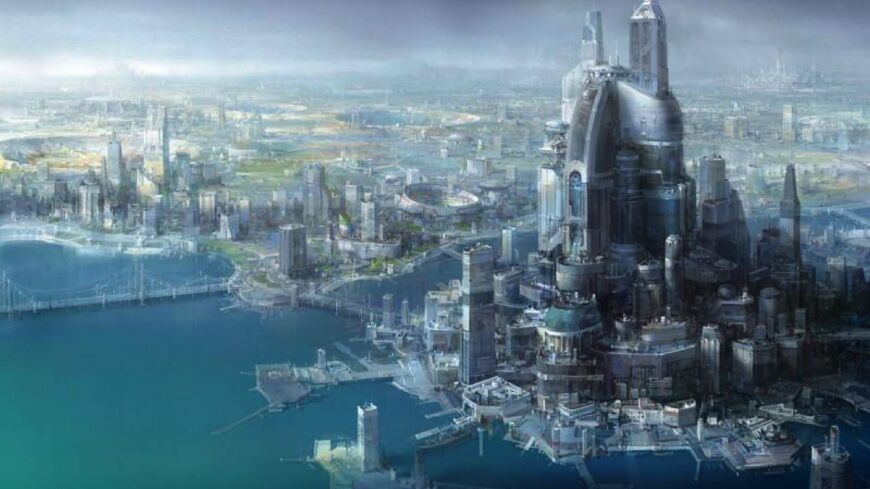 NEOM, a futuristic city that the kingdom of Saudi Arabia is building in the northwest of the country. - Twitter

ENOWA is a subsidiary company of NEOM that will develop sustainable energy and water systems in the city. ENOWA will work toward NEOM’s vision of a city powered by 100% renewable energy and is the primary shareholder for the green hydrogen production plant being built there. ENOWA will also work on developing sustainable water in NEOM via desalination plants, the official Saudi Press Agency reported.

The green hydrogen plant is a joint venture with the Saudi power company ACWA Power and the US chemical company Air Products, according to the outlet.

“We welcome new investors and partners to collaborate with us through ENOWA and to help create a circular economy at scale powered by 100% renewable energy and with abundant water for residential and commercial needs,” Nasr told the agency.

Why it matters: NEOM is the brainchild of Saudi Crown Prince Mohammed bin Salman. It is a planned city in northwest Saudi Arabia near the Red Sea. NEOM will include a residential area, an industrial city and a mountain tourism destination. The industrial city, dubbed OXAGON, is seeking tenants for its manufacturing hub, according to the Saudi Press Agency.

The project has faced some controversy though. The local al-Huwaitat tribe has accused the Saudi government of forcibly displacing them to build the city.

NEOM’s sustainability practices have also come under scrutiny. Some critics have accused the kingdom of “greenwashing,” referring to the promotion of Saudi environmental projects to distract from its human rights issues. Others have questioned whether NEOM can be environmentally sustainable, the BBC reported last month.

ENOWA's use of hydrogen power could be environmentally friendly. Hydrogen is a clean fuel that only produces water. It can be developed by natural gas and nuclear power, as well as wind and solar energy, according to the US Department of Energy.

What’s next: The green hydrogen plant is expected to be completed in 2025, according to the Saudi Press Agency.

Saudi Arabia has pledged to reach a net zero in carbon emissions by 2060. Oil remains the major source of Saudi government revenue, however, especially with prices being at their highest in years.