Russia-Ukraine talks in Turkey yield respite but no ceasefire

Turkey played host for the second time as peace negotiations between Russia and Ukraine resumed today. 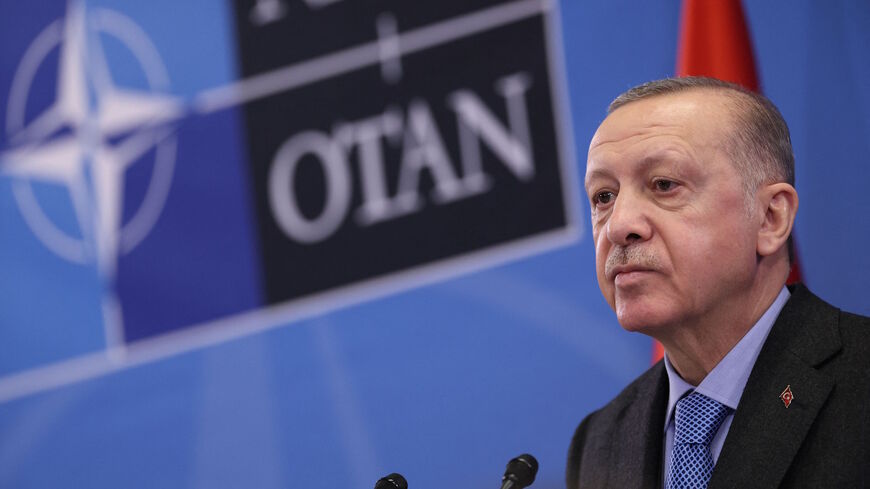 Peace talks between Russia and Ukraine resumed in Istanbul after a two-week pause today. It's the second time the sides have met in Turkey, which has sought to position itself as an honest broker in the conflict.

The round held at Istanbul’s Dolmabahce Palace “achieved more meaningful progress” than any of the talks held so far, asserted Turkey’s Foreign Minister Mevlut Cavusoglu after they ended. Russian negotiators called the talks “constructive.”

Russia’s Deputy Defense Minister Alexander Fomin said that Moscow had decided to “fundamentally cut back military activity” in the environs of Kyiv and the city of Chernihiv in order to “increase mutual trust for future negotiations to agree and sign a peace deal with Ukraine.” The announcement was hailed as one of the most positive outcomes of today’s meeting.

CNN cited US officials as saying that Russia had already begun to withdraw some of its forces from the Ukrainian capital in a “major” strategy shift. Faced with fierce Ukrainian resistance, Russian forces have failed to make any significant gains in and around Kyiv since the start of the war on Feb. 24. Russia now says it will focus its efforts on consolidating control over Ukraine’s Donbas region, where it ignited a separatist rebellion and set up puppet governments in the breakaway regions of Donetsk and Luhansk, which it formally recognized in February.

In a further positive development, Russia said it did not oppose Ukraine’s membership in the European Union.

Ukrainian negotiator David Arakhamiya said Ukraine’s “first win” was moving the negotiations from Russia’s close ally Belarus to Turkey. Turkey is among several countries alongside the five permanent members of the UN Security Council that Ukraine says should serve as guarantors for its security. In exchange, it will renounce its aspirations to join NATO and host neither foreign troops nor nuclear weapons on its soil. Ukraine has additionally pledged not to seek to wrest back Crimea and Donbas through force and to establish negotiating tracks for both disputes that would be separate from talks to end the current conflict.

A Black Sea power and NATO member with significant trade and security ties with Russia and Ukraine alike, Turkey sees itself uniquely positioned to be a facilitator if not an actual mediator in the war. Turkish President Recep Tayyip Erdogan urged the Ukrainian and Russian delegations to declare a ceasefire before flying to Uzbekistan on an official visit, “You have a historic responsibility to reach peace,” he said. Erdogan added that he would like to host his “dear friends” Russian President Vladimir Putin and Ukrainian President Volodymyr Zelenskyy in Turkey for a peace summit.

At a press briefing in Moscow, Foreign Ministry spokesperson Maria Zakharova said Russia is "thankful" to Turkey "for the mediation role, the mediation efforts that the leadership of this country was ready to provide for the Russian-Ukrainian negotiations and the settlement of the situation."

“This is good choreography by Turkey, creating an image that looks like they are in control,” Marc Pierini, a visiting scholar at Carnegie Europe and a former EU ambassador to Turkey, told Al-Monitor.

Despite the day’s upbeat mood, observers caution that an end to the conflict is far from assured. “It's good they are talking, but Russians say a lot of things, then don’t do them,” said a senior Western diplomat speaking to Al-Monitor not for attribution. The diplomat recalled Russia’s earlier claims that it was pulling back forces from Ukraine’s borders only to invade days later. Last week Russia declared its intention to concentrate its campaign in eastern Ukraine and then attacked the city of Lviv near the Polish border.

Sure enough, just hours after the talks ended, Russia’s top negotiator Vladimir Medinsky said the de-escalation around Kyiv and Chernihiv did not mean a cease-fire. "This is not a cease-fire but this is our aspiration, gradually to reach a de-escalation of the conflict at least on these fronts," Medinsky said in an interview with the TASS news agency.

Medinsky said he would convey Ukraine’s proposals to Putin. The next round of talks is expected to be held at the foreign minister level with a view toward hammering out a draft agreement that would be signed by Putin and Zelenskyy at a future date.

A key test of Russia’s intentions will be whether it stops the indiscriminate bombing of the cities of Mariupol and Mykolaiv, among others, reckons Pierini.

In any case, Russia is unlikely to accept any security arrangements that would mirror those provided by NATO under Article 5 of its charter, which states that “an attack against one Ally is considered as an attack against all Allies.” Yet those are exactly the kind of assurances Ukraine is seeking — and may not get.

“Is there a group of countries that would sign up to that, that would directly intervene on Ukraine’s behalf it were to be attacked again?” the diplomat wondered.

One Ukrainian analyst called the Ukrainian proposals “nonsense,” noting that Russia is among the permanent members of the UN Security Council. The idea that Russia would ever come to Ukraine’s defense was laughable, the analyst told Al-Monitor, speaking not for attribution.

Ukrainian negotiators said any final agreement with Russia would have to be approved by the Ukrainian people in a referendum. Any such plebiscite could only occur after hostilities had ceased and people displaced by the conflict, including those by Russia’s 2014 intervention in Crimea and Donbas, were allowed to return to their homes. With over 10 million people displaced by the current conflict, including nearly four million Ukrainians who fled to neighboring countries, a referendum would be impossible to organize at short notice.

The other catch is sanctions. Russia will surely demand that the slew of sanctions imposed by Western nations over its invasion of Ukraine be lifted as part of any deal. However, it’s unclear whether and how individual governments would respond even if a deal were at hand. The Ukrainian analyst warned that Ukraine’s proposals would serve as a green light for some European countries, notably Germany and France, to ease sanctions on Russia “and go back to business as usual after Putin came and destroyed our country.”

Turkey would be positioned to land a big chunk of the reconstruction pie if and when peace comes to Ukraine.