Saudi Arabia, Russia and other major oil producers have so far declined to increase production despite pleas from the United States. 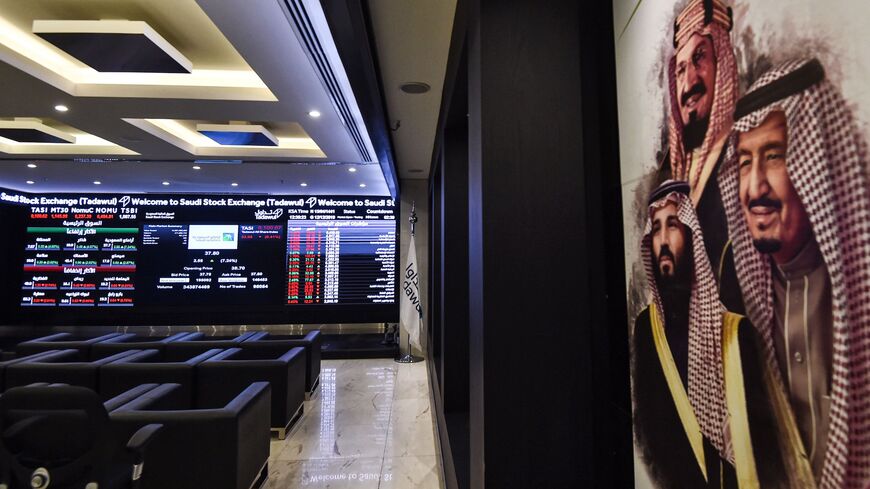 This picture taken Dec. 12, 2019, shows (L) a view of the exchange board at the Stock Exchange Market (Tadawul) in Riyadh displaying Aramco shares on the second day of their trading along with a poster depicting Saudi Arabia's founder King Abdulaziz ibn Saud (C), his son and current King Salman bin Abdulaziz (R), and the latter's son Crown Prince Mohammed bin Salman (L) on display. - FAYEZ NURELDINE/AFP via Getty Images

Oil prices have reached almost $120 a barrel as the war in Ukraine continues to impact the world economy.

Brent crude, which is regarded as the global benchmark for oil prices, traded at more than $119 a barrel by 2:43 a.m. ET. The price dropped to more than $112 later in the day, according to MarketWatch.

The stock of Saudi Arabia’s state-owned oil company Aramco also reached an all-time high of around 45 riyals ($12) a share today, according to Markets Insider.

The Saudi news outlet Arab News reported that Aramco’s value has reached $2.3 trillion, making it the second most valuable company in the world after Apple.

Why it matters:  The Russian invasion of Ukraine last week has created a ripple effect in world energy markets. The price of Brent crude shot up to more than $100 a barrel at the start of the war.

The world’s top energy producers have so far resisted calls from the United States and others to boost production in an effort to bring down prices. Saudi Arabia, Russia and other members of the OPEC+ alliance decided at a meeting this week to maintain current production levels.

The war has had effects on other commodities as well. Egypt, which buys most of its wheat from Russia, is working to buy the grain from other countries. Many Lebanese are likewise concerned about wheat shortages, as they primarily import wheat from Ukraine. Turkey announced today that is cutting its wheat purchases due to high prices. Many Middle Eastern states also rely on both Ukraine and Russia for sunflower oil.

What’s next:  Russian Foreign Minister Sergey Lavrov said today that Russia will continue its war in Ukraine until “the end,” rejecting condemnation from the United Nations and most countries around the world.

US President Joe Biden said in his State of the Union speech this week that the United States is working with 30 other countries to release oil reserves. US Secretary of State Antony Blinken also spoke with his Saudi counterpart Prince Faisal bin Farhan Al Saud yesterday, but there was no indication they discussed oil prices in a State Department readout.