The recent surge in oil prices has lifted Aramco from the low point of its valuation during the COVID-19 pandemic. 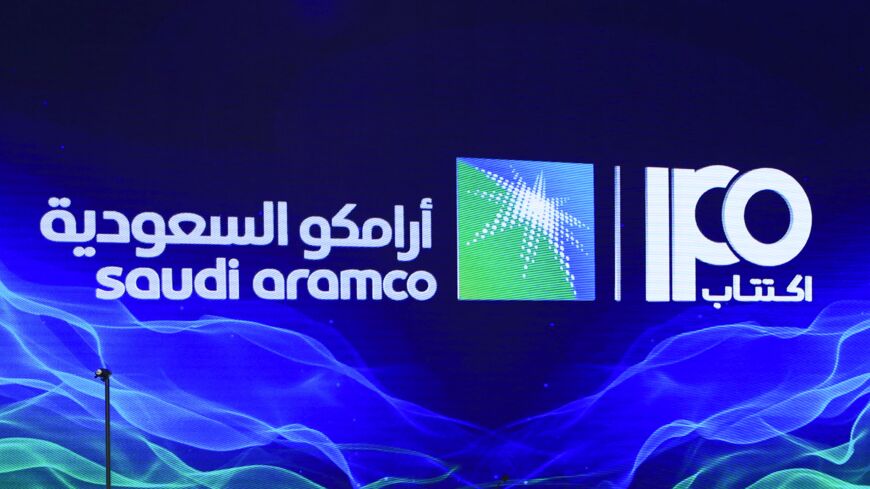 A picture taken on Nov. 3, 2019, shows a sign of Saudi Aramco's initial public offering (IPO) during a press conference by the state company in the eastern Saudi Arabian region of Dhahran. - AFP via Getty Images

Saudi’s state-owned oil company is getting close to passing Apple as the most valuable company in the world.

Saudi Aramco’s market value reached $2 trillion on Wednesday. At the same time, US computer giants Apple and Microsoft were valued at more than $2.3 trillion and more than $2.1 trillion, respectively, according to the financial news outlet Bloomberg.

The Saudi oil giant’s increase in value followed soaring oil prices recently. The price of Brent Crude, considered the global benchmark for oil prices, began September at around $71 a barrel. It closed Tuesday at more than $82 a barrel, according to oilprice.com.

Oil prices fell to all-time lows last year at the start of the COVID-19 pandemic. Supply cuts by Saudi Arabia, Russia and other oil producers subsequently led to a significant recovery.

The Saudi government owns 98% of Saudi Aramco, and the rest is available on the Saudi stock exchange. The company was previously the most valuable in the world.