Sudan is optimistic about resolving the GERD dispute with Ethiopia at a time when Addis Ababa is preparing for the third filling this summer. 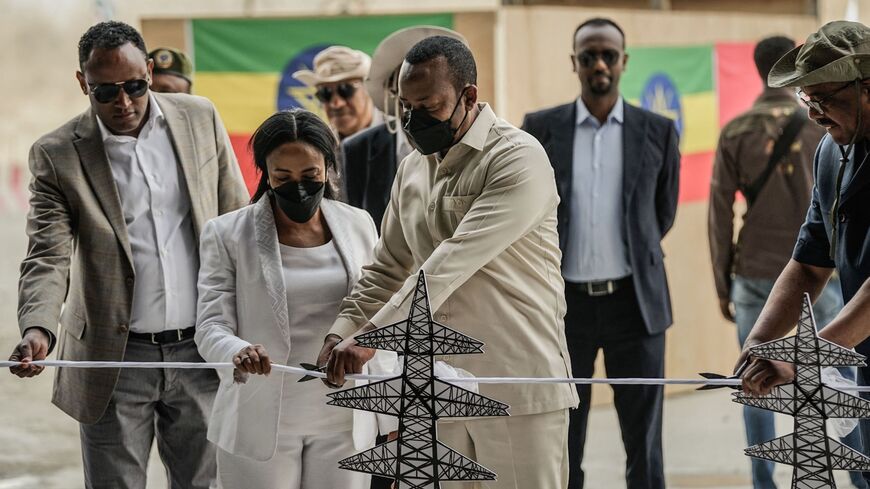 Sudan has recently expressed optimism about resolving the dispute over the controversial Grand Ethiopian Renaissance Dam (GERD) as Ethiopia prepares for the third filling of the dam this summer.

The head of the Sudanese Sovereign Council, Lt. Gen. Abdel Fattah al-Burhan, recently said that consultations were resumed after nearly a year-long hiatus.

“We hope the consultations will be crowned with success and we will reach a consensus that satisfies all concerned parties,” Burhan said in an interview with Asharq Al-Awsat during his visit to Riyadh on March 23.

Sudan, Egypt, and Ethiopia have been locked in a bitter decade-old dispute over the GERD on the Blue Nile, the main tributary of the Nile River. However, negotiations have reached a deadlock amid mounting fears of a military conflict in the already volatile region.

Egyptian President Abdel Fattah al-Sisi has stressed the need to reach a legal and binding agreement on filling and operating the GERD based on international law.

In a press conference with his Rwandan counterpart Paul Kagame in Cairo on March 26, Sisi said that Egypt rejects any unilateral measure that would harm the peoples who depend on the Nile River. Sisi and Kagame agreed to intensify coordination between the two countries on issue, the Egyptian presidency spokesman Bassam Rady said in a statement issued after the meeting.

Egypt and Sudan are hoping to resume negotiations before Addis Ababa begins filling the dam's reservoir for the third time in the upcoming rainy season, between June and September.

Riccardo Fabiani, director of projects in North Africa at the International Crisis Group, expects that the parties would meet soon. “It's possible that there will be a new attempt to negotiate a deal on the GERD ahead of the third filling,” he told Al-Monitor. “Egypt is keen to use all possible diplomatic means to find a solution and there is a new African Union presidency, Senegal, which would lead the mediation process.”

In 2021, the UN Security Council called on the three countries to resume their talks under the auspices of the AU, which has since vainly sought to resume negotiations.

Guled Ahmed, a non-resident scholar at the Middle East Institute and a renewable energy and water infrastructure expert, told Al-Monitor that the tripartite negotiation must resume for several reasons, including food shortages resulting from the Russian-Ukrainian war. Ahmed pointed out that pressure could be exerted by international partners, including key stakeholders such as the AU.

Cairo and Khartoum fear a possible shortage of wheat due to the Ukrainian war, as both countries depend on Russia and Ukraine for over 80% of their imports.

Egypt is the largest importer of wheat in the world. The government is planning to increase wheat planting by an additional 1.5 million acres during the next three years. Egypt's wheat needs are currently estimated at about 18 million tons annually, with local production reaching 10 million tons.

Meanwhile, Sudan is suffering from a severe economic crisis that may develop into a food shortage crisis, according to UN estimates.

Egypt and Sudan perceive the GERD as a threat to their water supplies from the Nile River, on which they depend almost entirely to meet their drinking and agricultural needs.

Although the GERD could benefit Sudan by regulating the waters of the Blue Nile and generating electricity, it wants guarantees in order to preserve its own dams, including the Roseires Dam, the largest Sudanese dam.

Ethiopia says that the GERD, the largest dam in Africa, whose construction is 80% complete at a cost of $5 billion, is important for its economic development and for providing energy.

For over a decade, Egypt and Sudan have failed to persuade Ethiopia to agree on the process of filling and operating the dam, especially during drought years.

Ahmed noted that Ethiopia intends to fill the GERD within four years to generate revenue from exporting electricity, while Egypt and Sudan want a minimum of seven years, as well as research to "evaluate the negative impacts on downstream countries during wet and drought years.”

Another issue that remains unresolved is the insistence of Egypt and Sudan on a legally binding agreement on filling and operating the dam. Ethiopia insists on non-binding guidelines.

The tripartite negotiations have been stalled since early April 2021, when the parties failed to achieve any progress in their meeting in the Democratic Republic of the Congo, then-chair of the AU. Each party had blamed the other.

Further complicating the situation, Ethiopia announced on Feb. 20 that the dam was beginning limited electricity generation. Egypt and Sudan denounced the move, saying that the start of power generation is a violation of the Declaration of Principles signed by the three countries in 2015.

In early March, Egyptian Foreign Minister Sameh Shoukry accused Ethiopia of “unilaterally exploiting international rivers” during a speech at the 157th ordinary session of the Arab League Council at the ministerial level in Cairo. Shoukry called on other Arab countries and international partners to support Egypt's position.

The Russian-Ukrainian war has overshadowed the GERD controversy recently, but it is likely to become the focus of international attention again if Ethiopia carries on with the third filling.

On March 18, the Sudan Tribune newspaper reported that the United Arab Emirates (UAE) was mediating among the three countries. The newspaper cited anonymous sources as saying that delegations met in Abu Dhabi to discuss outstanding issues, without revealing the results of these meetings.

“There has already been an attempt by the UAE in the past to mediate, but it didn't go well, particularly as the Egyptians saw Abu Dhabi as too pro-Ethiopian,” Fabiani said. “Obviously, the UAE has more resources to invest and can potentially offer financial incentives to both sides to soften their positions. But the truth is that the GERD has become an eminently political and security matter and I doubt that simple financial incentives could be enough to broker a compromise.”